"Red sign" -- it’s another biblical expression (see Matthew 16:2-3) that has entered into the common lexicon. However, on December 30th, 620 CE, it’s highly unlikely that anyone in Japan was familiar with the Christian Bible when they looked up and saw a red streak across the sky that became known as the “red sign.” Not surprisingly, those who saw it could not explain it beyond describing the phenomena as a “pheasant tail” in what became the oldest record of an astronomical phenomenon in Japan. Surprisingly, its mysterious cause has remained unsolved … until now.

“It could be a red aurora produced during magnetic storms. However, convincing reasons have not been provided, although the description has been very famous among Japanese people for a long time." 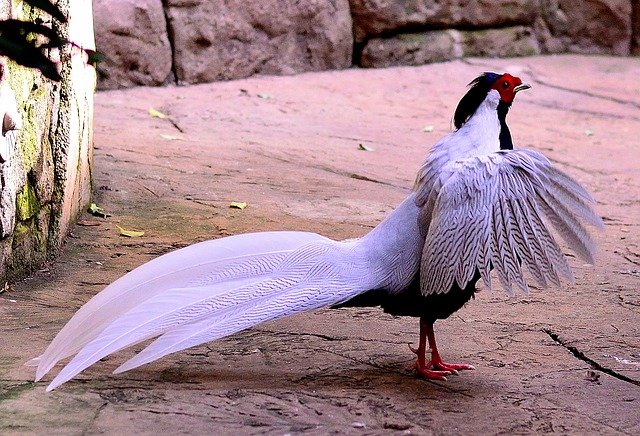 Ryuho Kataoka, a researcher with the Department of Polar Science in the School of Multidisciplinary Sciences at The Graduate University for Advanced Studies and the National Institute of Polar Research (try fitting that on a business card), is the lead author of a new study published in the Sokendai Review of Cultural and Social Studies revealed the true identity of the ‘red sign’ and how he and his team determined it after 1400 years of mystery and debate.

The confusion started with the ancient description of the ‘red sign’ as a “pheasant tail.” That would seem to eliminate the most obvious cause – an aurora like the Northern Lights -- because auroras are generally ribbon shapes, not feather fans. That shape also eliminates a meteor. While the fan could have been some weird comet, the red color eliminates a streaking ice rock from contention. Kataoka and his team decided to approach the problem from a different angle – both literally and figuratively.

Checking historical records, they found that the magnetic latitude of Japan was 33 degrees in 620, compared to 25 degrees today. The Japanese eyewitness description of the pheasant tail reported its length as “more than 1 jo” with a jo being 10 degrees. That means Japan was in the right spot to experience a strong magnetic storm. Putting that all together with today’s knowledge of auroras, Kataoka reached a conclusion:

"Recent findings have shown that auroras can be 'pheasant tail' shaped specifically during great magnetic storms. This means that the 620 A.D. phenomenon was likely an aurora."

A big red aurora the shape of a pheasant’s tail, which to even the best and brightest minds in 620 CE made it an omen … a ‘red sign’.

That leaves one last question: did sailors take warning or were they delighted? The report ends with a more poetic  answer.

“We hope that this examination contributes to increasing awareness of the sensitivity of Japanese people 1400-years-ago who compared a beautiful behavior of birds with a magnificent and rare natural phenomenon.”

The Mysterious “Giant Worms” of the U.K.