Roswell: The Make Or Break Case For Ufology

For the last forty years or thereabouts, Roswell has been Ufology’s number-one case. It’s a field of research that is always looking for proof that UFOs exist. And, by proof, I mean hard, solid evidence that can be examined and studied – if, of course, "they" would only "tell us the truth." As I write this, more than seventy years have gone by since Kenneth Arnold kicked off the flying saucer controversy – after encountering a squadron of unidentified aerial vehicles near Mt. Rainier, Washington State. And, although we have masses of material, eye-witness testimony, photos, declassified files, etc., the fact is that we still don’t have hard evidence of – or definitive answers for – what UFOs actually are. Roswell, however, UFO researchers say, theoretically offers us those answers. If only, that is, we could uncover the bodies, the wreckage, the old files, and so on. And presuming, of course, that Roswell was an alien event and not something else. Such as something down-to-earth and which still has to remain hidden at all costs.

The fact is that Ufology is not just looking for hard, undeniable proof that UFOs exist. Much of Ufology is desperate to find pro-E.T. evidence for Roswell, chiefly so that all those decades of research won’t be seen as a waste of time. Those UFO researchers now in their sixties, seventies and eighties are faced with meeting the Grim Reaper before they get to see the doors to the "secret Roswell hangar" opened wide.  For those researchers, the answers have to come, before it’s all too late. And they have to come soon. Roswell is to them what Moby Dick was to Captain Ahab. So, for those who conclude that aliens crashed back in July 1947, the Roswell affair – with its large number of first-, second-, and third-hand witnesses, and with the government having changed its stance on what happened more than a couple of times – is the one that could really tip the scales. And, with the scales tipped, the world would know that the UFO community was right all along and it was all worth it. All thanks to Roswell. 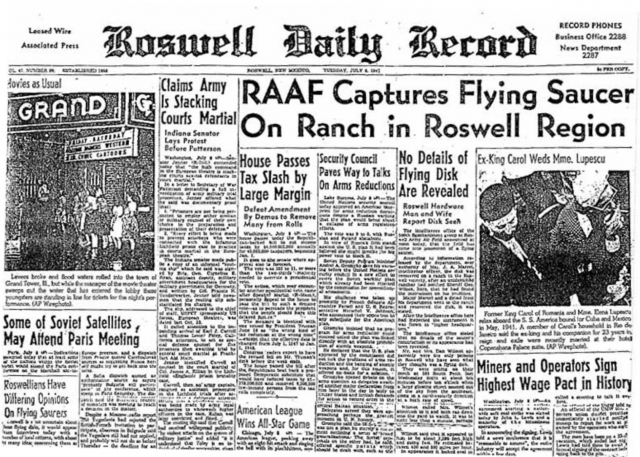 There is very little doubt in my mind that when Ufologists see the word "Roswell" prominently referenced in a new online article, there’s an immediate sense of "Maybe, this time, we really have it nailed." I saw just such a thing happen when the fiasco known as “the Roswell Slides” surfaced a few years back. For those who don’t know the pathetic saga, it revolves around a photograph of a mummified child which was, for a while, touted as one of the bodies from the Roswell crash. The whole thing was a shitty embarrassment, one that is best forgotten. There’s another reason why Roswell is so important, but from a very different perspective. If, one day, Roswell is conclusively proven not to have been an extraterrestrial event – maybe, instead, some dark and murky experiment of the kinds I have suggested – then I firmly believe that the UFO community will have a collective breakdown / meltdown of epic proportions and from which it will never recover. Shaking knees, breathing slowly into paper bags, stomach ulcers, antidepressants, and uncontrollable bladders will be commonplace. Don’t even get me started on out-of-control bowel movements. 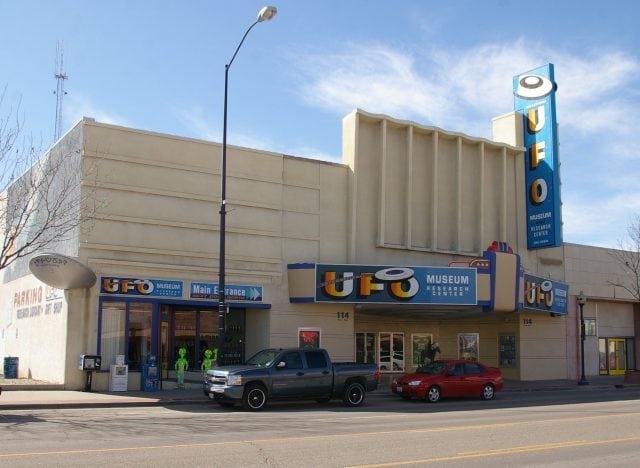 In that sense, Ufology is desperate to see Roswell confirmed as an extraterrestrial event. Ufology can barely consider Roswell as anything else. For many, such a situation is utterly unthinkable. So, again, whenever Roswell pops up – and particularly so amid rumors that "something big" is coming – there is a dire and pressing need, and a desperate yearning, for something tangible. And, everyone clicks on the link, praying for the definitive breakthrough that has consistently failed to surface; the breakthrough that only "Saint Roswell" can (maybe) deliver into Ufology’s eager hands. Roswell has been elevated and championed as an E.T. event to such an incredible degree that it can – in single-handed fashion – completely make or break Ufology. Forever. However you look at the case – and whatever your personal opinion on what happened in ’47 on the Foster Ranch – that’s why the incident remains so incredibly important.