Satanic Cults, Mysterious Deaths, and Conspiracies at a Town in Texas

Sitting out in Childress Country, in the U.S. state of Texas, is the town of Childress. It is known as a quiet, conservative town, and in the 1980s it was much the same, with a small population of only around 5,000 people at the time and where not much really happened at all and where everyone knew each other. It is the kind of place where people could relax and leave their doors unlocked, a safe little haven and slice of small-town Americana. However, this would change when a series of mysterious deaths rocked the town, and sparked talk of conspiracies, Satanism, and black magic.

On July 26, 1988 a gruesome discovery was made just outside of town. There, hanging from a tree and twisting in the breeze was the lifeless body of 17-year-old Tate Rowland. Upon finding the body, the boy who had made the discovery, a friend of Tate’s by the name of Chad Johnston, immediately informed the dead boy’s parents. Shortly after this, Chad would admit that the two had been out drinking beers and listening to music together, and that Tate had suddenly climbed the tree and hung himself. This was a startling revelation, as although Tate was known for drinking beer, getting into trouble, and chasing girls, later described by residents as having been a bit of a “rabble rouser,” he was by all accounts far from suicidal. Indeed, although he had recently broken up with his girlfriend, he had shown no signs of being particularly morose or depressed, and had been his usual friendly, cheerful self. 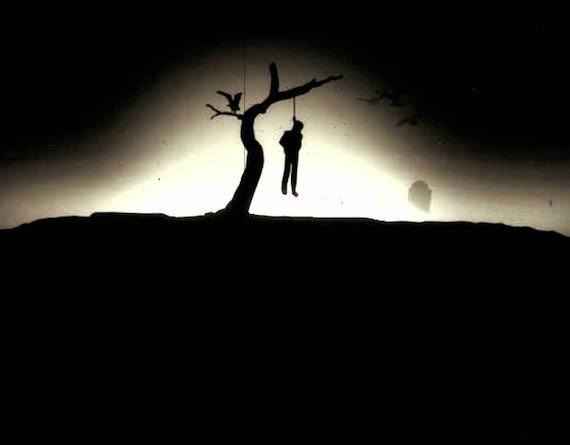 Under police questioning, things would get a little more interesting. At first, Chad said that he had merely gone to have some drinks with his friend and that Tate had threatened to hang himself. Chad had thought he was just joking around, went to throw a beer can away and came back to find Tate had really hanged himself. This was his initial story, but it didn’t add up, because investigators found two distinct rope marks around the dead boy’s neck, which should not be present if this was a simple hanging. The police continued to interrogate Chad about this anomaly, and he then changed his tune. Now he was saying that Tate had actually tried to kill himself twice. According to him, the rope had broken after the first try, after which the two of them went back to get another rope and tried again, this time with Tate succeeding. He also insisted that Tate had wanted to kill himself because of losing his girlfriend, Karen Hackler. When asked why he had covered this up, Chad claimed that he had not wanted to get in trouble for not trying to stop his friend’s suicide. Despite how suspicious this all seemed, the Sheriff's department labelled it a suicide and that was the end of that. Or so it seemed.

Things soon got very creepy, when at Tate’s funeral there was observed to be present a woman in a veil who no one could identify, and who left before anyone could figure out who she was. The funeral got even more bizarre when a young man began to go into a trance-like state and chant “suicide” over and over again until he was asked to leave. After this more strangeness would follow, when police found a cow skull set within a pile of rocks just about a quarter of a mile from where Tate’s body had been hanging in the wind, and on another occasion they got a report that there was a mysterious figure seen lurking near the dead boy’s grave. Other weird stuff began appearing all over town, such as a burning cross and dogs that went missing or turned up mutilated in a ritual fashion. Before long there were rumors being whispered of Satanic cults and human and animal sacrifice, and there was speculation that Tate Rowland’s death had been linked to this.

These rumors were accompanied by some rather bizarre reports made to police at the time. One report claimed that there were Satanists in a van trying to abduct blonde haired, blue eyed children, another that said a group of cultists had gathered in a city park to leave behind a flattened gravel area with “666” etched within it, and there were stories of Satanists meeting at an abandoned house in the nearby town of Lockhart. A very bizarre report was from a group of teenagers who had gone up to visit Tate’s grave out of morbid curiosity, only to see pentagrams scrawled everywhere and be chased away by a group of Satanists in a pickup truck. Even more disturbing was a 15-year-old local boy by the name of Ray Wilks, who claimed to actually be part of the cult and that they had been there on the night Tate hanged. He would later recant this story, claiming that he had been drunk when he told it, and it would be found that he had been in juvenile detention on the night of the hanging. However, police did find numerous examples of Satanic imagery in his home.

Tate’s ex-girlfriend was widely rumored to be involved somehow, with some going as far as to accuse her of being a high-level member and directly responsible for the death, but there was no evidence at all of any of this. Did any of this have to do with what had happened to Tate Rowland? No one knew, but rumors of cult activities were growing, and through this all the official stance was still that it had been a suicide. All of the talk of Satanists, arcane rituals, and human sacrifice began to slowly wind down, life returning to some semblance of normalcy, but just three years later they would be revived with a vengeance.

On the morning of May 31, 1991, Tate’s older sister, 22-year-old Terrie Trosper, was found dead in her own bed after a night of drinking with some friends. Her blood alcohol level was found to be through the roof, and an official autopsy would find that she had choked to death on her own vomit. In her system was also found to be high amounts of a psychiatric drug called Elavil, which is typically used to treat depression. This was the official prognosis, but there were more than a few who saw a possible link between Tate and his sister’s death, as after all, how likely was it that this could be a coincidence in such a small town? There was even an expert on Satanic cults brought in to help with the investigation, and a pamphlet released by the Texas Department of Public Safety on how to identify a cult-related death. It did not help at all that this was all going on during a nationwide “Satanic panic” that was sweeping the country at the time.

In the meantime, the Sheriff of Childress County, Claude Lane, continuously and adamantly denied that there was any foul play involved, and squashed the rumors of murder and Satanism wherever he could, which ended up burying the whole thing once again. It wasn’t until Lane lost his position due to allegations of selling marijuana that the case would be looked at again. The new Sheriff would re-examine the case and make the startling discovery that while all this had been going on, Darwin Wilks then tried to commit suicide, his blood was also found to have high levels of Elavil, and he had left a note behind reading “I know something that the cops don’t know. I know who killed Terrie. I can’t live anymore.” Although Darwin recovered, he would claim to not have remembered a thing, suddenly the authorities were wondering if maybe these rumors were right. It made it all the more interesting that Elavil was involved in all of the cases, as it was a powerful sedative of which one coroner would say, “It’s the kind of drug that you would take and then lay down and go to sleep.” Perfect for, say, a cultist who wanted to silently subdue their victims before killing them. 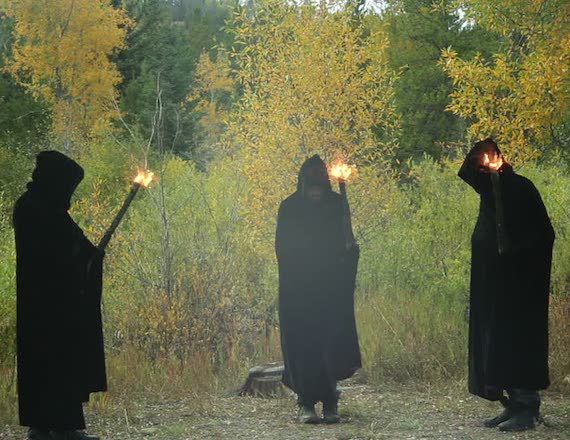 In July of 1991, Tate’s body was exhumed for another examination at the request of the new Sheriff, and sure enough, there were levels of Elavil found in his remains. At this time, the coroner would state his belief that this had been no suicide, and that something nefarious was going on. Trosper’s body would also be exhumed for another look, this time finding contusions and bruises upon her body, as well as evidence that she had been smothered before death. Adding to whispers of foul play were rumors that Trosper had been very vocal about her brother’s death not being a suicide, and so the whole case had gotten even more mysterious. There was much talk at the time that the Wilks brothers really were Satanists, and were running with the cult, but Darwin Wilks, the older brother of Ray Wilks, would deny this, saying that it was all just a bunch of nonsense. He would wave it all away and say:

Oh, shit, me and Ray do crazy things when we get pissed off at people. We say we’re masters of Satan, and we say horns are going to come out of our heads. But that’s just having some fun. We don’t believe in nothing. We’re atheists. All these rumors about devil worship in this town is just made-up bullshit by people who are scared.

This in no way stopped the rumor mill of Satanist activity in the area and there were numerous reports of people seeing everything from robed figures cavorting about bonfires to baby lambs lying on the ground near makeshift altars with their hearts cut out. One of the ideas going around was that Tate and his sister’s death had resulted from a family feud between the Rowlands and the family of his ex-girlfriends, the Hacklers, or that they were even the upper echelon of the cult, but no concrete evidence could be found for any of this. The Wilks brothers were brought to trial for their possible roles in the deaths, but they too were found to have no hard evidence against them and would constantly claim they were being framed. Spookily, during the trial District Attorney David McCoy’s house would mysteriously burn to the ground. Coincidence or not?

In the end, no one has ever been found guilty of any foul play in the deaths of Tate Rowland and Terry Trosper, and the original official causes remain. Neither has there ever been found any concrete evidence of cult activity in the town of Childress, and the whole case has remained rather murky and impenetrable. What really happened here? Were these deaths the result of some sort of cultish activity, and if so, who was responsible? Why has the official consensus been suicide and accidental death, despite the evidence to the contrary? Is there some sort of cover-up going on, and if so, why? The case has sort of faded away into the background, but it is certainly one that has attracted not a small amount of controversy, and will probably be discussed for some time to come.

The Abominable Snowman and U.S. Authorities