Strange Waters: These Are the Oddest Theories About Scotland’s Most Famous Monster

Since the early part of the last century, Scotland's famous Loch Ness has remained in the headlines for stories of an unusual water monster said to dwell there. Every year new reports of sightings continue to be logged, which have helped to keep the otherwise quiet little town of Inverness and its famous loch one of the world's most popular tourist destinations.

Loch Ness remains a hub for would-be monster hunters even in light of the fact that last year, a study carried out by New Zealand scientist Neil Gemmell found no evidence for unknown animals in the lake.

Gemmell did allow for on possibility, however.

"There is a very significant amount of eel DNA," he told the BBC. "Eels are very plentiful in Loch Ness, with eel DNA found at pretty much every location sampled - there are a lot of them. So - are [the monsters] giant eels?"

Gemmell expressed that the data retrieved in the team's study, which involved the study of environmental DNA collected from the loch, didn't reveal the size of the eels, which would help account for whether any large varieties could have been mistaken for monsters. 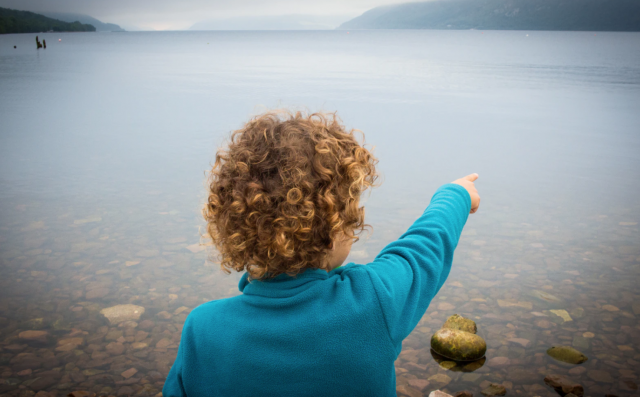 This isn't the strangest theory that has been offered about Nessie, as the creature is often called. Ideas have been put forth over the years that range from ghosts of extinct species like dinosaurs, to "living fossils" and a host of other notions that often border the bizarre. Here are just a few examples:

This is one of the most unusual ideas ever proposed about Nessie, advanced by researcher F.W. Holliday in his 1968 book The Great Orm of Loch Ness. In it, Holliday suggested that Nessie might actually be a kind of invertebrate or, as he called it, an orm, which is simply an archaic Old Norse term meaning "snake", "worm" or "dragon". Holliday's idea was that a creature very similar to the Tullimonstrum, an ancient invertebrate known only from fossils discovered in Illinois in the 1950s, might account for sightings of the Loch Ness Monster.

Tully's monster did one great thing. It firmly demonstrated that wormlike animals with the appearance of a plesiosaurus did once exist. Equally important, it provided a key which helps to explain the classic Gray and Wilson pictures m terms of the known, hi dealing with the Orm it became possible to argue a rational case with actual specimens available for reference even though the fuller implications of the argument require much more proof than is at present available. No-one knows whether the Orm of Loch Ness is a form of Tullimonstrum; but, talking most unscientifically, I would bet my shirt that it is.

The only problem with this theory (apart from the fact that the Tullimonstrum has been extinct for around 300 million years, and that no traces of unrecognized DNA have been detected in the Loch) is that the ancient invertebrate in question probably never grew any larger than about 18 inches at most, whereas sightings of Nessie indicate a much larger animal.

While there is likely to be much debate about whether Nessie and the Tullimonstrum are one and the same, there is still some question over whether the creature was indeed an invertebrate, or actually a form of basal vertebrate which, as proposed by some scientists, might have had some similarities to modern lampreys.

Yes, you read that right: the idea has been proposed that sightings of Nessie could have actually involved a camel which, for some reason or another, might have been hanging around Loch Ness at one time or another.

"Early accounts of the Loch Ness monster differ," noted Tom Whipple, science editor for The Times in an article last year. "In 1932 Colonel Fordyce and his wife spotted a shaggy, long-necked, camel-like creature." 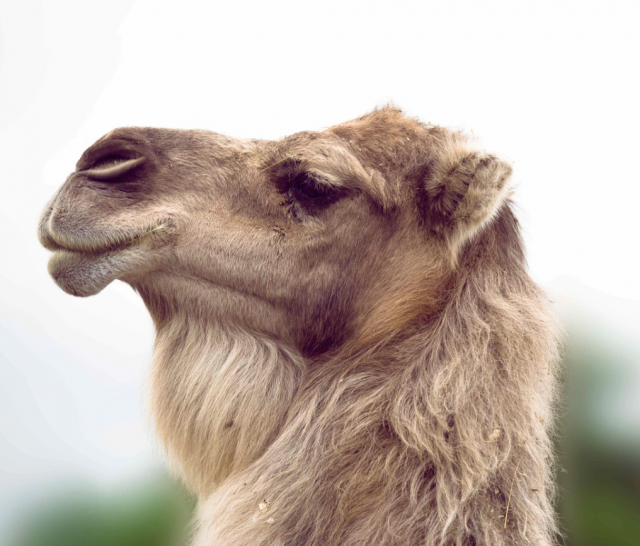 Fordyce's account wasn't conveyed in print until 1990, when it appeared in The Scots Magazine. According to his account, it was a spring day and Fordyce had been jogging with his wife along Loch Ness, and at the time of the sighting had been leaving in their car along the road toward Fort William.

Travelling at about 25 mph in this wooded section, we were startled to see an enormous animal coming out of the woods on our left and making its way over the road about 150 yards ahead of us towards the loch. It had the gait of an elephant, but looked like a cross between a very large horse and a camel, with a hump on its back and a small head on a long neck. I stopped the car and followed the creature on foot for a short distance.

Fordyce recalled that the creature, as seen from the rear, had a "grey and shaggy" appearance, with a long thin neck. Although his early impression had been of a camel or horse-like creature, he did note that the creature's long slim neck "gave it the appearance of an elephant with its trunk raised."

"This strange animal occupied our thoughts and conversation for many, many miles and we came to the conclusion that it was an escaped freak from a menagerie or zoo," Fordyce said of the encounter. "We felt that a beast of such tremendous proportions would soon be tracked down and captured."

Interestingly, the Fordyce sighting was not the only early encounter that would liken the Loch Ness Monster to a land-dwelling, camel-like beast. Peter Costello recounted in his classic In Search of Lake Monsters that one Patrick Rose, as told to him by his living descendant, David Murray Rose, had allegedly seen an animal near the Loch in 1771 that was "a cross between a horse and a camel with its mouth in its throat." More than a century later, the crew aboard a steamer that ran between Inverness and Abriachan Pier claimed to have seen an unusual beast on a few occasions that was "a furry animal with legs," rather than an amphibian, fish, or another kind of aquatic animal.

Costello featured one other unique story in his book where a camel-like creature made an appearance on land near the loch, as recounted in the 1930s by a Mr. William MacGruer:

William MacGruer, who lived all his life in Fort Augustus, had a strange story to tell in the columns of the Inverness Courier in October. Over 20 years before, around about 1912, a party of five or six children between 10 and 12, set out to hunt for birds, nests in the scrublands of Inchnacardoch Bay. They had not got far from the road when they saw a queer-looking creature emerge from some bushes and make for the loch, only a few yards away, and disappear into the water. Mr. MacGruer recalled that the animal reminded them of nothing so much as a camel. It had a long neck, a humped back and fairly long legs. It was, however, considerably smaller than a camel, but the coat was almost the same colour, a sort of sandy pale yellow.

In light of these accounts, it does beg the question of whether there might have been a group of exotic animals in the vicinity of Inverness for some period, perhaps kept as exotic pets or otherwise, which could account for the sightings of a camel-like creature described in accounts like these.

The idea that Nessie's DNA didn't turn up in the loch last year hasn't dissuaded some proponents of an even more far-out theory: that the famous beast might not be physical as we know it.

My friend and fellow MU blogger Nick Redfern has become one of the chief proponents of this idea in recent years, and even penned a book on the topic called Nessie: Exploring the Supernatural Origins of the Loch Ness Monster. In Nick's view, "looking at the Nessies as purely cryptozoological beasts doesn’t hold water: the entire loch and its immediate surroundings have been swamped in definitive supernatural activity for centuries." 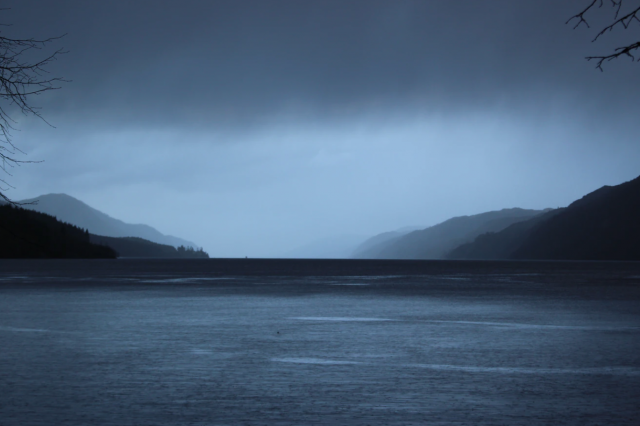 Nick isn't alone in his views. He notes that Donald Omand, a clergyman from Devon, also held a similar opinion that the monsters decades ago, supposing that they "are supernatural entities that can only be encountered when the circumstances are conducive to an encounter." Omand apparently was influential enough with his paranormal interpretation of the loch and its monsters that the aforementioned F.W. Holliday, after having initially proposed that Nessie was a cousin of the extinct Tullimonstrum, eventually began to also suppose that only a supernatural interpretation could account for all of the weirdness associated with the lake.

With the variety of theories that have been offered about Nessie over the years, one thing is certainly clear: the Loch Ness enigma has done more than stir ideas about living fossils and strange animals that might exist in remote corners of the world (or in the case of Loch Ness, quite easily accessible lakes in the Scottish highlands). Simply put, the stories about Nessie have captured our imaginations, and in that regard, there wouldn't even need to be a "real" Loch Ness Monster in order for it to have had a profound impact on society, culture, and even certain aspects of science.