Supernatural Creatures and Their Creepy Laughter

Back in the early summer of 1967 – thanks to an introduction made by a woman named Jaye P. Paro, a host on Babylon, New York’s WBAB station – John Keel met with a girl who had a fascinating story to tell. She was someone who had encountered one of the sinister Women in Black - after having a UFO encounter at Mount Misery, New York. Keel agreed to always, and only, refer to her as Jane. Just like the WIB, Jane stood out from the crowd. In her case, it was in a positive fashion, as Keel noted: "She was a very sensitive woman, more ethereal than sensual. There was almost something mystical about her appearance and grace." Like her boyfriend, Richard – after the experience out at Mount Misery - Jane was soon feeling very ill, suffered from vomiting and developed a fever. The sickness eventually went away, but, as it did so, something else began in earnest.

Almost everywhere Jane would go, she would see the creepy WIB. As just two examples of many: on June 5, 1967, the Woman in Black turned up at the same gas-station where Jane was having her tank filled. Jane could barely manage a fear-filled nod, as an acknowledgment to the woman’s menacing, murderous smile. The next day, the WIB appeared in a department store in town and tried to engage Jane in what was an odd, stilted form of English. From what Jane had to say, the WIB seemed downright zombified: she moved in a jerky, juddering fashion, her eyes stared with malevolence, and her words made little sense. Jane told John Keel that, regarding the WIB, “It was as if she were dead.” Most disturbing of all, when Jane tried to make conversation with the woman, and asked if she lived locally, the WIB replied with nothing but a wailing, crone-like, hysterical laugh. Beware of Mount Misery!

Mary Hyre was a woman who played an integral role in the series of 1960s-era events that led John Keel to write The Mothman Prophecies. In January 1967, Hyre was visited by a creepy, bowl-haired MIB of around 5-feet in height and who had oddly hypnotic eyes. Throughout the encounter, the black-clad “man” kept staring at Hyre’s ballpoint pen. To the point where Hyre told him he could keep it. He took it, laughed loud in a strange fashion, and vanished as mysteriously as he first arrived. 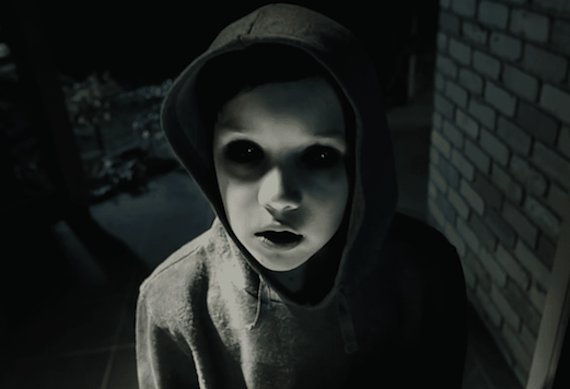 Time and again I hear stories of the Men in Black and the Women in Black. On February 1, 2015, however, Marc encountered in California woods a child in black. Not a Black-Eyed Child of the type diligently pursued by BEC expert David Weatherly, I should stress, but a pale-faced boy attired in black pants, black t-shirt, and a black hoody. The child in black turned up while Marc was hunting, and just a few hours after he encountered a globe-like UFO over his tent, at a height of around eighty or ninety feet. According to Marc, who reached me by Facebook, the boy in black appeared out of nowhere, laughing in an odd and hair-raising fashion, and then suddenly vanishing into nothingness. I was not at all surprised when Marc told me he didn’t stay in the woods for much longer: he was soon gone.

Finally, there are the words of John Frick, who (with his brother, Tim), is a regular at the annual Mothman Festival in Point Pleasant, West Virginia). John told me: "I have a friend named Judy that I met at a Pennsylvania Bigfoot meeting. I called her and asked if she was going to the Pennsylvania Bigfoot conference this Saturday. She said a very strange police officer had just shown up at her door, about an hour before I called. She said the guy had a really straight nose and a really funny laugh. The guy said he was investigating one of her neighbors. It blew my mind, because just twenty minutes before I called her, I was reading an email from a woman named Jerry that I met at the Mothman Festival, and in the email she was telling me about how, when she was a little girl, there was an FBI guy in their neighborhood investigating one of her neighbors. That was like the phenomenon was screwing with my head. The kind of stuff that was happening with Keel."