There can be very few people reading this who have not at least heard of the monstrous Mothman of Point Pleasant, West Virginia. It terrorized the people of the town and the surrounding area between late 1966 and Christmas 1967. Its diabolical exploits were chronicled in the 2002 Hollywood movie, so named after the 1975 book of the same title written by Mothman authority John Keel. A winged monster with red eyes, Mothman’s appearance came quite literally out of nowhere and, some say, culminated in high tragedy and death. It should be noted, though, that there are a number of intriguing tales of lesser-known flying humanoids, as they have become known. And, that's what I'm going to highlight today. Certainly, one of the most bizarre of all the many and varied strange beings that haunts the lore and legend of Texas is that which became known, albeit very briefly, as the Houston Batman. The most famous encounter with the beast took place during the early morning hours of June 18, 1953. Given the fact that it was a hot and restless night, twenty three year old housewife Hilda Walker, and her neighbors, fourteen year old Judy Meyer and thirty three year old tool plant inspector Howard Phillips, were sitting on the porch of Walker’s home, located at 118 East Third Street in the city of Houston.

Walker stated of what happened next: "…twenty five feet away I saw a huge shadow across the lawn. I thought at first it was the magnified reflection of a big moth caught in the nearby street light. Then the shadow seemed to bounce upward into a pecan tree. We all looked up. That’s when we saw it." She went on to describe the entity as being essentially man like in shape, sporting a pair of bat style wings, dressed in a black, tight-fitting outfit, and surrounded by an eerie, glowing haze. The trio all confirmed that the monstrous form stood about six and a half feet tall and also agreed that the strange glow engulfing him was yellow in color. The Batman vanished when the light slowly faded out and right about the time that Meyer issued an ear-splitting scream. Mrs. Walker also recalled the following: "Immediately afterwards, we heard a loud swoosh over the house tops across the street. It was like the white flash of a torpedo-shaped object… I’ve heard so much about flying saucer stories and I thought all those people telling the stories were crazy, but now I don’t know what to believe. I may be nuts, but I saw it, whatever it was… I sat there stupefied. I was amazed." Meyer added to the newspaper that: "I saw it, and nobody can say I didn’t." Phillips, meanwhile, was candid in stating the following: "I can hardly believe it. But I saw it…we looked across the street and saw a flash of light rise from another tree and take off like a jet." Now, let's take a trip to the U.K., so to speak. 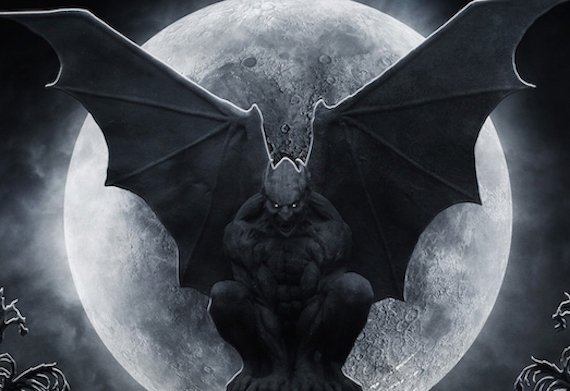 Midway through November 1963, one of the most chilling and eerie of all monster encounters on record occurred in the dark and shadowy environment of Sandling Park, Hythe, Kent, England. It was an encounter that, in terms of the description of the creature, provokes Mothman-style imagery – even though the latter, famous creature did not hit the headlines in and around Point Pleasant, West Virginia until the mid-1960s onwards. Although Sandling Park was certainly shrouded in overwhelming darkness at the time of the beastly event, it was hardly the sort of place where one would expect to encounter nothing less than a fully-fledged monster. Amazingly, however, and according to a group of terrified witnesses, that is exactly what happened.

John Flaxton, aged seventeen on the night that all hell broke loose, was accompanied by three friends, including eighteen-year old Mervyn Hutchinson. As they walked along a lane running by the park – after returning from a local Friday night dance – the group of friends became aware of a bright object moving overhead, which they at first took to be nothing stranger than a star. How very wrong they turned out to be. The teenagers were amazed, and more than a bit scared, by the object’s presence, as they watched it hover and then drop out of sight behind a group of trees. The boys decided to leave the area with haste, but the light soon loomed into view again. It hovered around ten feet from the ground, and at an approximate distance of two hundred feet, then once again went out of sight.

Suddenly, the boys heard the snapping of twigs from a nearby thicket, and out from the wooded area shuffled a creature of horrendous appearance. "It was the size of a human," reported Mervyn Hutchinson. “But it didn’t seem to have any head. There were wings on its back, like bat wings.” The group fled, perhaps understandably not wanting to hang around and see what developed next. Matters didn't end there, however. Five night later, Keith Croucher saw an unusual object float across a nearby soccer field. Forty-eight-hours after that, one John McGoldrick, accompanied by a friend, checked out the location and stumbled upon unusual impressions in the ground, which gave every indication that something solid and significant had landed there. Moving on... 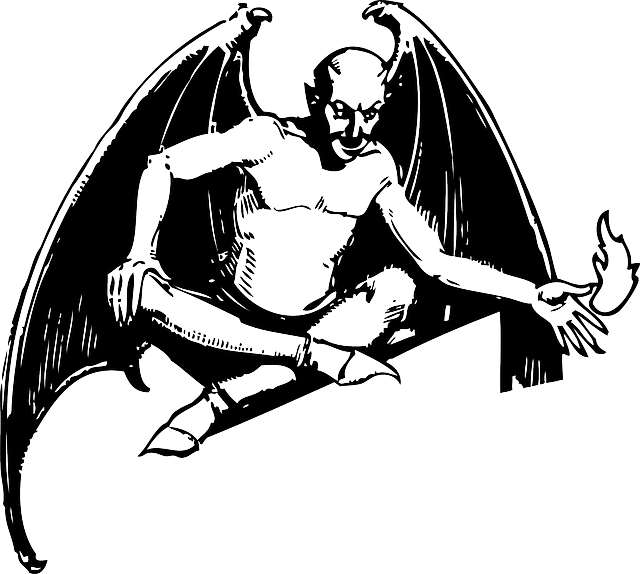 Without doubt, one of the strangest aspects of cryptozoology is it’s tie-in with the Crop Circle mystery. Although it’s a little-known aspect of both phenomena, more than a few accounts exist of strange creatures seen in and around Crop Circles. From Matthew Williams – the first man ever arrested, charged and convicted for making a Crop Circle - came a fascinating, relevant account. It transpires that, unsurprisingly for someone who has spent years deeply immersed within the Crop Circle controversy, Matthew is a veritable fountain of knowledge with respect to tales of weird creatures either having been seen in, or at least in the direct vicinity of, complex Crop Circle formations. One such case is truly strange. Matthew advised me that the story in question concerned a man who had felt curiously compelled to drive late at night to a certain field in Wiltshire many years ago. On doing so, he parked his car and duly, and carefully, began his walk into the depths of the crop. Suddenly, out of nowhere, a large, black, human-like figure appeared in the air over the field.

"It reminded me a little bit of the Mothman sightings when I heard this story," said Matthew, not without a high degree of justification. Matthew continued that the source of the story could only stand and stare in awe, while suddenly gaining the distinct impression that the hovering entity was the source of at least some of the Crop Circle formations that were appearing in Wiltshire. At that precise moment, a simple Crop Circle suddenly appeared on the ground immediately below the black figure – after which it vanished from the skies and the man was left utterly alone in the field, and with no real option other than to make his shocked way back to his vehicle and drive home, baffled and bewildered by both the weird, aerial entity and what it was that had directed him to the field. Once again, and like so many similar cases, the beast was not seen again.

The Strange Case of John Spear and the God Machine