Taking a Look at Strange Birds and Bird-Like Monsters

If you're someone who doesn't like birds flying around them, you may want to stop reading right now! If not, it's all good! Today's article is on some very strange winged things. We'll begin with the Bunyip. A creature believed by many to have supernatural – and perhaps even hellish – origins, the Bunyip is a monster that lurks within the creeks and swamps of Australia, and which has been known to the Aboriginal people for centuries. Maybe even longer. As for its appearance, in 1845 the Geelong Advertiser told its readers: "The Bunyip, then, is represented as uniting the characteristics of a bird and of an alligator. It has a head resembling an emu, with a long bill, at the extremity of which is a transverse projection on each side, with serrated edges like the bone of the stingray. Its body and legs partake of the nature of the alligator. The hind legs are remarkably thick and strong, and the fore legs are much longer, but still of great strength. The extremities are furnished with long claws, but the blacks say its usual method of killing its prey is by hugging it to death. When in the water it swims like a frog, and when on shore it walks on its hind legs with its head erect, in which position it measures twelve or thirteen feet in height."

Moving on: Some years ago, while on one of my now-many expeditions to Puerto Rico, I had the opportunity to interview a woman named Norka, an elderly lady living in a truly beautiful home high in the El Yunque rain-forest that you can only reach by successfully negotiating an infinitely complex series of treacherous roads, built perilously close to the edge of some very steep hills. Although the exact date escapes her, Norka was driving home one night in 1975 or 1976, when she was both startled and horrified by the shocking sight of a bizarre creature shambling across the road. Norka described the animal as being approximately four feet in height, and having a monkey-like body that was covered in dark brown hair or fur, wings that were a cross between those of a bat and a bird, and glowing eyes that bulged alarmingly from a bat-style visage. Sharp claws flicked ominously in Norka’s direction. She could only sit and stare as the beast then turned its back on her and rose slowly into the sky. With that said, now let's take a trip back in time to the 19th century.

A Victorian naturalist named Phillip H. Gosse revealed how, during the course of his research in the Caribbean, he uncovered details of a fascinating story. It all occurred when he spent time roaming the area, between 1845 and 1846. From a respected medical man, said Gosse, came a fascinating story. In Gosse’s words: "He had seen, in 1829, a serpent about four feet in length, but of unwonted thickness, dull ochre in color with well-defined dark spots, having on its head a sort of pyramidal helmet, somewhat lobed at the summit, of a pale red hue. The animal, however, was dead, and decomposition was already setting in. He informed me that the Negroes of the district were well acquainted with it; and that they represented it as making a noise, not unlike the crowing of a cock, and being addicted to preying on poultry." Gosse had a friend named Richard Hill, who had also heard of this odd beast, from a Spanish acquaintance on Hispaniola. Those in the know said that it could be found in the eastern regions of the island, in what is now the Dominican Republic. Gosse said of Hill: "My friend’s Spanish informant had seen the serpent with mandibles like a bird, with a cock’s nest, with scarlet lobes or wattles; and he described its habits – perhaps from common fame rather than personal observation – as a frequenter of hen-roosts, into which it would thrust its head, and deceive the young chickens by its imitative physiognomy, and its attempts to crow.”

Since 1995, Puerto Rico has been the domain of a deadly, bloodsucking creature that has infamously become known as the Chupacabra. Long before the now-legendary beast was on anyone’s radar, however, there was another vampire-like monster roaming around on the island. It was known as the Moca Vampire – its name taken from the municipality of Moca, which can be found in the northwest of the island, and which is home to around 40,000 people. By the end of the first week in March 1975, the death count was close to three dozen. It was in this same week that an important development was made: the blood-sucking culprit was finally seen, up close and personal, so to speak. The witness was a woman named Maria Acevedo, who caught sight a monstrously-sized, screaming and screeching winged beast that landed atop her home, and which clambered about her zinc roof, making an almighty racket in the process. And it was clearly no normal bird: it was around four to five feet in height. 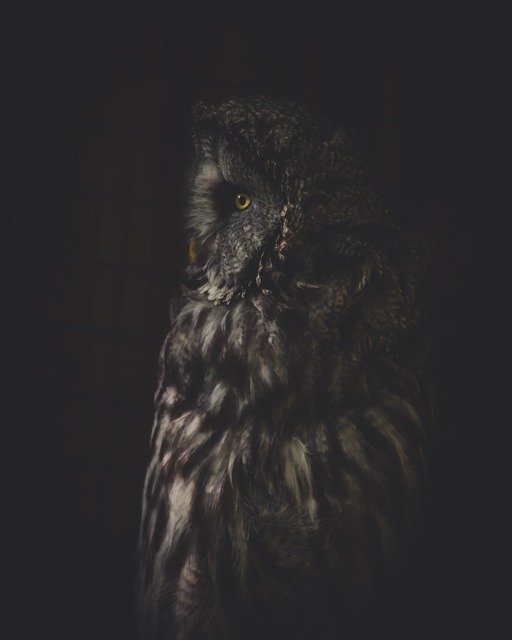 In 1976 the dense trees surrounding Mawnan Old Church, Cornwall, England became a veritable magnet for a diabolical beast that was christened the Owlman. The majority of those that crossed paths with the creature asserted that it was human-like in both size and design, and possessed a pair of large wings, fiery red eyes, claws, and exuded an atmosphere of menace. No wonder people make parallels with Mothman. It all began during the weekend of Easter 1976, when two young girls, June and Vicky Melling, had an encounter of a truly nightmarish kind in Mawnan Woods. The girls were on holiday with their parents when they saw a gigantic, feathery "bird man" hovering over the 13th Century church. It was a story that their father, Don Melling, angrily shared with a man named Tony "Doc" Shiels. I say "angrily" because Shiels was a noted, local magician who Melling came to believe had somehow instigated the whole affair. Or as Shiels, himself, worded it: "…some trick that had badly frightened his daughters." Shiels denied any involvement in the matter whatsoever.

With that all said, keep a careful watch on what's going on above you!