Taking a Look at the Tulpa Phenomenon

Today, I'm going to share with you various data and theories that revolve around the deeply controversial issue of Tulpas. Let's begin with the words of Walter Yeeling Evans-Wentz (described as "…an American anthropologist, a scholar of Tibetan religions, and a Theosophist…") He said: "In as much as the mind creates the world of appearances, it can create any particular object desired. The process consists of giving palpable being to a visualization, in very much the same manner as an architect gives concrete expression in three dimensions to his abstract concepts after first having given them expression in the two-dimensions of his blue-print." Evans-Wentz added: "The Tibetans call the One Mind’s concretized visualization the Khorva (Hkhorva), equivalent to the Sanskrit Sangsara; that of an incarnate deity, like the Dalai or Tashi Lama, they call a Tul-ku (Sprul-sku), and that of a magician a Tul-pa (Sprul-pa), meaning a magically produced illusion or creation. A master of yoga can dissolve a Tul-pa as readily as he can create it; and his own illusory human body, or Tul-ku, he can likewise dissolve, and thus outwit Death. Sometimes, by means of this magic, one human form can be amalgamated with another, as in the instance of the wife of Marpa, guru of Milarepa, who ended her life by incorporating herself in the body of Marpa."

The website Tulpa.info provides this: "A tulpa is an entity created in the mind, acting independently of, and parallel to your own consciousness. They are able to think, and have their own free will, emotions, and memories. In short, a tulpa is like a sentient person living in your head, separate from you. It’s currently unproven whether or not tulpas are truly sentient, but in this community, we treat them as such. It takes time for a tulpa to develop a convincing and complex personality; as they grow older, your attention and their life experiences will shape them into a person with their own hopes, dreams and beliefs." 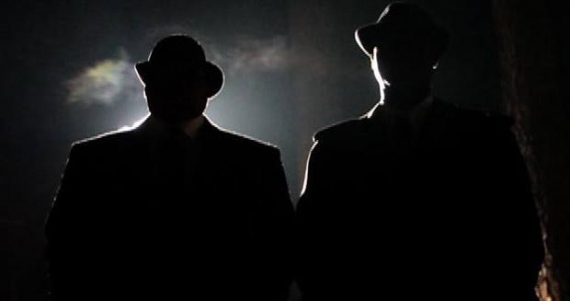 Now, let's have a look at some of the creatures and entities that could possibly be Tulpas. In his 1980 book, Excalibur Briefing: Explaining Paranormal Phenomena, Thomas E. Bearden provides the following words on the Men in Black: "The kindling of virtual state tulpoidal forms into the zeroth bioframe of a physical reality (materialization) can result in the materialization of living, breathing, functioning forms. There is essentially no limit on the format that may be obtained. Sasquatch, Nessie, fairies, demons, angels, mothmen, skunkmen, yeti, kangaroos, etc. are just a small sampling." As for the MIB, Bearden says: "The men-in-black syndrome is based on our own unconscious tuning; since each of us has some unpleasantness in the unconscious, sometimes the tuned-in-men-in-black can be very nasty indeed."

What about the Slenderman? It began as a fictional entity in 2009. It hardly stayed like that, though. In my book, The Slenderman Mysteries: An Internet Urban Legend Comes to Life, I wrote: "...on an episode of the hugely popular paranormally-themed talk-show Coast to Coast AM, the host, George Noory, took a number of calls from people who claimed to have personally encountered the Slenderman. They all described the Slenderman as looking like Eric Knudsen’s monster. In some case, the witnesses claimed, the Slenderman invaded their dreams. Others said they saw the Slenderman in the real world.

It was the Coast to Coast AM show which really demonstrated that what was going on was the beginning of a radical and sinister shift in the Slenderman phenomenon: what was first fiction was now rapidly becoming something else entirely." I continued in my book: "Some might suggest that the people who phoned in to Coast to Coast AM were hoaxers. Maybe there were; maybe they weren’t. But, in certain terms, it doesn’t really matter: if enough of the Coast to Coast AM audience believed what they were hearing, then that collective and combined belief would have gone a significant way towards ensuring that the Tulpa version of the Slenderman would soon be up and running. And, guess what? He was."

As for other strange and elusive creatures that I think could be Tulpas , the list includes the British Bigfoot, Dogmen, and the Black Eyed Children.