The Abominable Snowman and U.S. Authorities

Over the last few days I've written a couple of articles on the subject of what government agencies know of strange creatures, such as the Loch Ness Monster and Bigfoot. So, I figured why not continue with a couple more? And that's exactly what I'm doing. As for today's creature, it's the Yeti, also known as the Abominable Snowman. Before we get to the matter of the Yeti and the U.S. government, here's a bit of background on the beast. Lieutenant Colonel C.K. Howard-Bury was a man who played a notable role in terms of what we known about cryptid apes. He led the very first Everest Reconnaissance Expedition in 1921. It was while at a height of around 20,000 feet that Howard-Bury came across some unusual footprints in the snow. While he suggested a down to earth explanation for the prints, his comments make for notable reading. And, there is no doubt that regardless of what the tracks were really made by, the Howard-Bury affair was a defining moment in Yeti history and lore. He said:

"On September 22, leaving Raeburn behind, Mallory, Bullock, Morshead, Wheeler, Wallaston and myself started off to Lakhpa La camp. We left the 20,000-foot camp in 22 degrees of frost at four o’clock in the morning, accompanied by twenty-six coolies, who were divided up into four parties, each of which was properly roped. It was a beautiful moonlight night, and the mountains showed up nearly as brightly as in the daytime. We rapidly descended the 200 feet from our terrace to the glacier, when we all 'roped up.' The snow on the glacier was in excellent condition, and as it was frozen hard we made good progress. Dawn overtook us on the broad flat part of the glacier, the first of the sun falling on the summit of Mount Everest, which lay straight in front of us, and changing the color of the snow gradually from pink to orange, all the time up sharp and clear in the frosty air.

"We mounted gradually past Kartse, the white conical-shaped peak climbed by Mallory and Bullock a month ago from the Kama Valley. We wended our way without much difficulty through the ice-fall of the glacier, below some superbly fluted snow ridges that rose straight above us. Then followed a long and at times a somewhat steep climb over soft powdery snow to the top of the grass." And then, normality was utterly shattered, when something very strange occurred, and as Howard-Bury duly recorded in his diary: "Even at these heights we came across tracks in the snow. We were able to pick out tracks of hares and foxes, but one that at first looked like a human foot puzzled us considerably. Our coolies at once jumped to the conclusion that this must be ‘The Wild Man of the Snows,’ to which they gave the name of Metoh-kangmi, the Abominable Snowman who interested the newspaper so much. On my return to civilized countries I read with interest delightful accounts of the ways and customs of this wild man whom we were supposed to have met.” 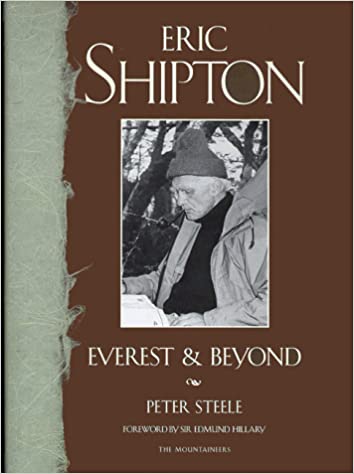 Born in 1907, and an Order of the British Empire, Eric Earle Shipton was an expert mountaineer who, in the early 1950s, just might have secured photographic evidence of the existence of the Abominable Snowman of the Himalayas. It was in the late afternoon of November 8, 1951 that history went down, big time. This was Shipton’s fifth trek to the Himalayas, and specifically to Mount Everest. The group was a large one: also along with Shipman were Earle Riddiford, Edmund Hillary, Bill Murray, Michael Ward, and a variety of Sherpas. As the expedition came close to its end, Shipman, Sherpa Sen Tensing, and Michael Ward stumbled upon something extraordinary southwest of Everest, specifically on the Gauri Sankar, a 23,406-foot-high mountain that stands roughly sixty miles from Kathmandu.

A summary of what was found appeared in the pages of Eric Shipton: Everest & Beyond, by Peter Steele: "Shipton took photographs of Ward standing beside the tracks. Lower down they were more distinct with sharply defined edges, twelve inches long by five wide; a big rounded toe projected slightly to one side, the second toe was separate, and the lateral three toes were smaller and grouped together. To give an idea of the scale, Shipton photographed his ice axe and Ward’s boot beside one of the prints, which appeared to have been made with a day or so. Ward, even now, says the footprints were absolutely as Shipton described them. Ward thinks that several footprints might have been superimposed on each other, as might be made by men walking in single file."

When word got out as to what had been found, the media was eager for answers. The Times newspaper of London, England, printed Shipton’s very own words: “The tracks were mostly distorted by melting into oval impressions, slightly longer and a good deal broader than those made by our mountain boots. But here and there, where the snow covering the ice was thin, we came upon preserved impression of the creature’s foot. It showed three ‘toes’ and a broad ‘thumb’ to the side. What was particularly interesting was that where the tracks crossed a crevasse one could see quite clearly where the creature had jumped and used its toes to secure purchase on the other side. We followed the tracks for more than a mile down the glacier before we got on to moraine-covered ice." 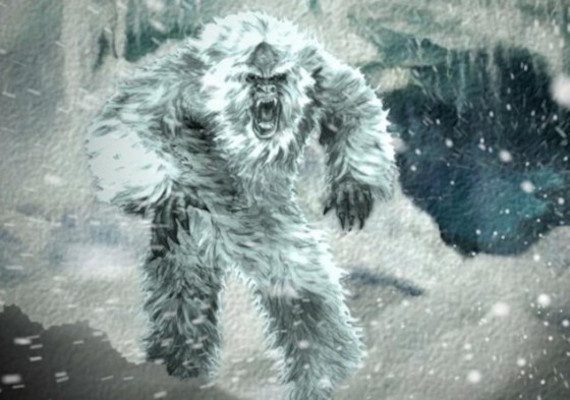 With that all said, now let's take a look at what U.S. authorities had to say about the Abominable Snowman. For the evidence, we have to go back to 1959. Specifically to November 30, 1959. The location: the U.S. Embassy at Kathmandu. It was within the heart of the embassy that an undeniably weird document was carefully and quietly drafted. Its title was "Regulations Covering Mountain Climbing Expeditions In Nepal – Relating To Yeti." The document was put together by a man named Ernest H. Fisk. His official position, at the time, was that of Counselor of the Embassy. Certain criteria for seeking and hunting the Yeti had been laid down. The document notes that anyone who wanted to set off in search of the Abominable Snowman had to obtain a legal permit from the government officials in Nepal. The files reveal that Fisk considered it perfectly okay to photograph a Yeti. But, shooting at, and even killing, one of the creatures was a definitive no-no. Unless, that was, "in an emergency arising out of self defense."

The U.S. Department of State made it very clear that any photos taken, and which appeared to show one or more Yetis, had to be handed over to the Nepalese government at the very earliest opportunity. In addition, legislation was laid down which asserted that any and all data that might conceivably throw light on "the actual existence of the creature" was not to be given to "the press or reporters for publicity without the permission of the Government of Nepal." Fisk came straight to point: "These regulations are to be observed."

The archivist who came across this strange but intriguing batch of documentation was Mark Murphy. He said of the material, located at the National Archives: "I thought I was seeing things. These documents show that finding the Yeti was a big deal in the 1950s. It goes to show the government was taking this seriously."

The Anthropologist Speaks: Grover Krantz and the Scientific Case for Sasquatch, Part One 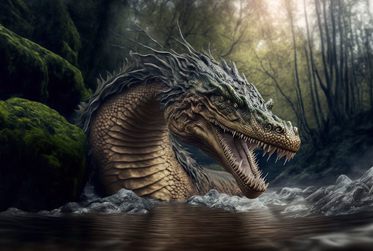 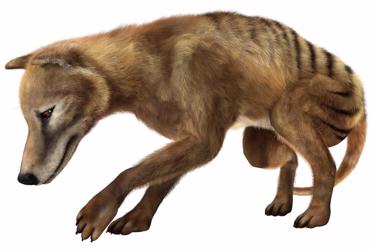