The Anthropologist Speaks: Grover Krantz and the Scientific Case for Sasquatch, Part Two

It was fair weather on that October afternoon in Bluff Creek. Two cowboys rode along on horseback, winding their way through the remote California wilderness in what might have looked like a scene from some Western film from the period.

Although filming was indeed involved on the day in question, the result of this cinematic endeavor would result in a very different kind of movie from what most are used to seeing: one that alleged to depict a large, anthropoid ape walking bipedally along a washed-out creekbed. The idea that such a creature--a Sasquatch--could exist on American soil was beyond far-fetched for most people. How could it be that another primate, let alone one so similar to humans, had managed to remain in remote forested regions of North America? It seemed impossible at best, and at worst, simply absurd.

Not everyone thought so, however. Anthropologist Grover Krantz, who would eventually become the main scientific advocate for the existence of the Sasquatch, had been willing to look at the film and entertain the outlandish idea of an undiscovered ape in the Americas. However, he didn't rely on pure wishful thinking: he believed that science could prove the matter. 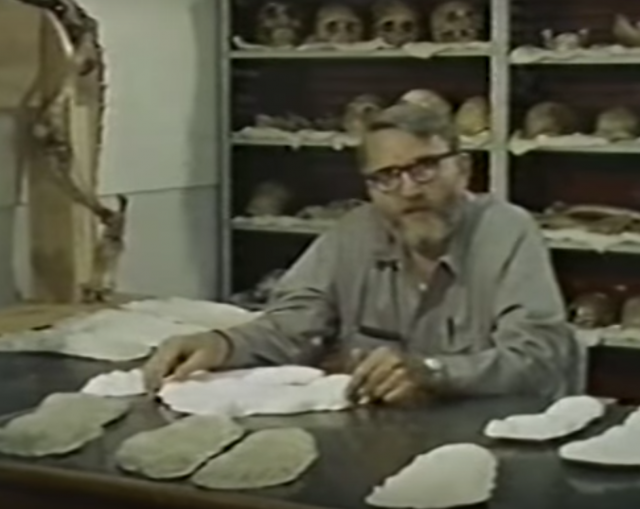 A number of problems existed with the film, principally made by Roger Patterson, a former rodeo rider who became involved in the search for Sasquatch prior to his death in 1972, and his associate Bob Gimlin. Apart from the obvious fact that the film's subject purports to be a non-human upright walking primate, for years researchers that have studied the film have debated what frame rate had been used by Patterson at the time it was made.

Despite this, Grover Krantz nonetheless thought that 18 frames per second was likely to have been the correct film speed, a position which some of his critics found questionable, to say the least.

"Patterson clearly told John Green that he found, after the filming, that the camera was set on 18 frames per second," Krantz later wrote. However, what seems most likely is that this had simply been Patterson misremembering the setting he used, and by this, he had actually meant 16 fps. Why then, did Krantz maintain that the film had been made at 18 fps, if the camera had no such settings?

For Krantz, the question of the film subject's locomotion should be approached mathematically. First, he took into consideration the ratio between the subject's leg length and its overall stature; Krantz found this to be similar to that of a human (despite the subject's arms being comparatively much longer). Then looking at the arms, he noted the period of each swing of the arms to be proportional to the square root of their overall length. He used this information to calculate not only the frame rate but also the rough height of the creature, by comparing them to a human of known height (Krantz used himself for the comparison). He found that the most natural movement was achieved at 18 fps, where each stride comprised 1.25 frames. Still, how could this be so if the camera only had settings that allowed 16 and 24 fps at the nearest?

Interestingly, the Cine-Kodak K-100 Patterson used very well could have been filming at closer 18 fps at the time, even if it had likely been set to 16 fps. Jeff Glickman, a member of the State of Washington Forensic Investigations Council and Fellow of the American College of Forensic Examiners produced a comprehensive report on the Sasquatch subject in 1998, where he also looked at that famous Patterson Gimlin film.

Of the film speed used at the time the footage was obtained, Glickman noted that "Even if Patterson did know the setting, the Kodak Archives reports that the speed tolerance of the K-100’s film carrier subassembly was ±10% resulting in a range of film speeds from 14.4 fps to 17.6 fps when the film speed selection dial is set to 16 fps." Additionally, tests conducted with this model in more recent years have shown frame rates as high as 19 fps while the camera is set to film in 16 fps mode. Based on this, Krantz had very likely been right to assert that the film was made at around 18 fps (therefore, ironically, the same must be said of Patterson's estimate too). 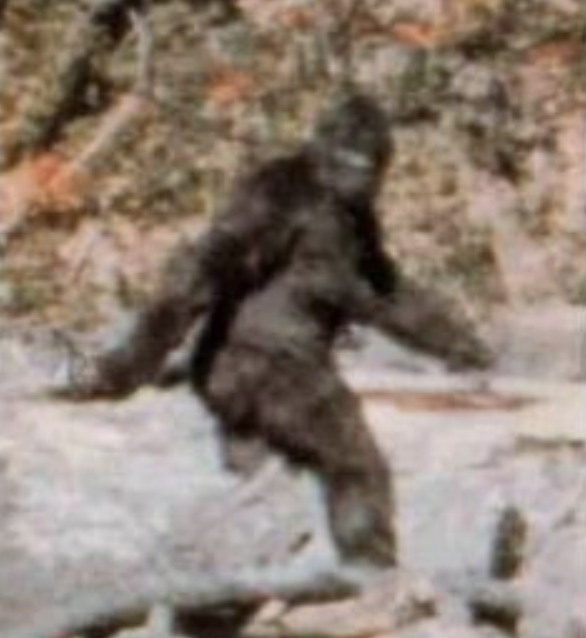 Through his analysis of the Patterson Gimlin film, Krantz concluded that the subject's height would have been approximately 6' 6" (there are a number of differing estimates in this regard, however, which are outside the scope of the present discussion). Krantz also concluded that the comparably large chest width of the subject would have been outside the range of a human, which makes it unlikely that the film simply depicts a man in a gorilla costume.

David J. Daegling, a biological anthropologist and primate physiology specialist, took issue with Krantz on this point. "Assuming that these parameters are measured without error, this assertion may be refuted by a quick consultation of the Anthropometric Source Book," Daegling wrote. "Chest width is measured by Krantz in the same fashion as a distance known as interscye in the anthropometric literature."

Daegling went on to point out the following:

"In a sample of 1,004 men of the German Air Force, interscye of the ninety-fifth percentile is 49.6 cm, a good 3 cm larger than Bigfoot's impossibly wide thorax. The ninety-fifth percentile stature is 187.1 cm in this group, less than 4 inches shorter than the film subject. Unless Krantz would argue that taller Air Force personnel necessarily have narrower chests, his confident statement is admirable for its faith but not its veracity."

Had Krantz indeed been proven wrong in this case? Maybe not, in hindsight, as Jeffrey Meldrum, Ph.D., noted in his book Sasquatch: Legend Meets Science. "Daegling and Schmitt have unfortunately misstated their case," Meldrum argued. "By referring to the Anthropometric Source Book, one discovers that the "interscye" measure (#506) is 'a taped measure across the back between the posterior axillary folds at the lower level of the armpit.

"The correct measure found in the Anthropometric Source Book," Meldrum further notes, "for comparison to Krantz's chest breadth is, not surprisingly, "chest breadth" (metric #223), defined as "the breadth of the torso measured at the nipple line."

In summary, "It appears that the plausibility of Dr. Krantz's estimates remain intact," Meldrum concludes.

The fact is that one can often make what appears to be a logical argument for or against something, whether or not that's what the data necessarily show. Krantz's critics may point out the fact that his interpretation of data led him to favorable conclusions about the reality of Sasquatch; however, it is equally possible that some will interpret the same data he used, but in ways that lead to unfavorable conclusions, which may not always be warranted.

In the end, the path Krantz chose in life would remain the road less traveled, and despite his efforts, he would never see widespread acceptance of Sasquatch among his academic colleagues. That remains true today, nearly two decades after Krantz's death. However, his scientific contributions to the field of anthropology remain impressive examples of how the scientific method, paired with an open mind, can certainly lead to some truly fascinating possibilities.