The Bizarre Case of the Professor and the Reanimated Corpse

I always love to cover obscure historical oddities that seem to have sort of fallen through the cracks to be forgotten to the mists of time. History is full of such tales, and they never cease to amaze. One such case comes to us from the past and features a spooky ambiance, mysterious people, and a corpse that seems to have gotten up to live life anew.

This rather odd historical oddity revolves around a certain 18th century professor of medicine at the University of Halle, in Germany, by the name of Friedrich Christian Juncker. He was the son of the esteemed physician and chemist Johann Juncker, who was also a professor at the same university and had at one point been director of the historic Francke Foundations, which were schools and for the deprived, destitute and orphan children and also provided medical care for the poor. He also was instrumental in putting Halle on the map as an internationally influential center of clinical medical training, cutting edge medical approaches and teaching methods, so Friedrich had some big shoes to fill, but he had made a name for himself as a good professor and excellent doctor. He also had a completely bonkers experience with a cadaver that would not stay dead.

In those days medical schools often had trouble getting their hands on cadavers for study and dissection, and they would often go through some grim methods that would be considered questionable and not a little controversial today. This was an era where grave robbers and body snatchers would sell freshly dug up corpses to medical institutions, and some professors would even dig up corpses on their own to fill the demand, yet Juncker found such practices unacceptable and distasteful, so he did what was in his mind the more respectable thing. That is, he used the bodies of freshly executed criminals. To get these bodies, the professor had his own connections, and it doesn’t seem as if he was totally aware of just what these connections did to get the bodies. They would just show up with the corpses of these dead criminals, and Juncker would accept them, typically with no questions asked.

One evening Juncker got just such a macabre delivery, with not one, but two fresh corpses of recently executed criminals delivered right to his own front door. The professor couldn’t just go down to the university and put them in the dissecting room, and he didn’t have the key at the time anyway, so he did the next best thing by having the bodies put in his closet, as one does, and figured he would move them in the morning. The two dead men were thrown into the walk-in closet, and that was that. Juncker sent the grim delivery men on their way and went back to his reading as his family went back to sleep in their own rooms, although it is unclear what they thought about having two executed criminals dumped in their closet. However, this was to be the least of their worries, and the night was about to get a bit more interesting. 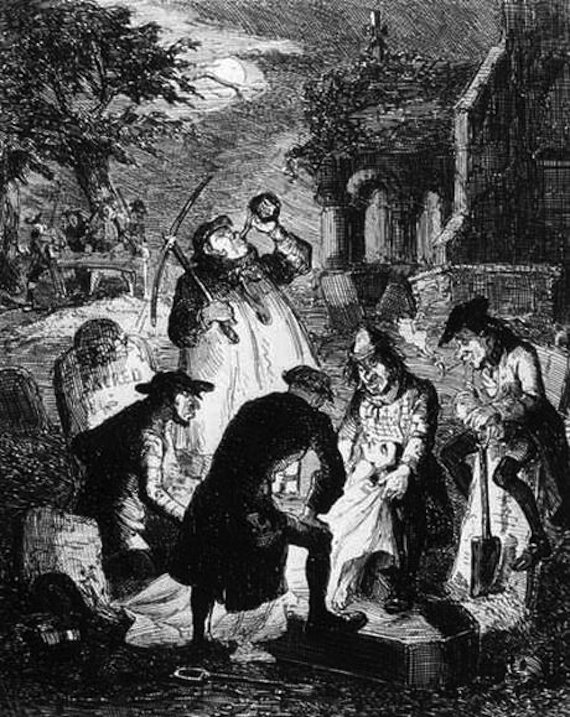 At around midnight, Juncker’s concentration was broken by an odd sound in the night. It sounded almost like a rumbling and scratching noise, and as he walked around the house by candlelight trying to figure out what it was, he noticed that it seemed to be coming from the closet and its makeshift morgue within. At first, he thought that his cat might have been locked in there with the dead bodies, and so he opened the door to take a look around inside. As he examined the room he could see in the flickering, dancing light of the candle that one of the sacks that had held the bodies had been torn open, and not only that, the corpse within was gone, although the other body was still lying there untouched. His first reaction was that someone had stolen it, and so he checked around the house but found no unlocked doors or windows, and no sign of forced entry or an intruder. He then went back to that darkened closet in bafflement, and as he stared at that empty sack his attention was drawn by a sort of sigh from the shadows in the corner. This time when he raised the candle, the jumping flame eerily illuminated the form of the missing corpse sitting in the corner on a chair, as if it were the most normal thing in the world.

The man was very obviously not dead, and after clearing his throat told Juncker that the last thing he remembered was having been hanged at the gallows, and the next thing he knew he had woken up in that dark room in a sack. He begged Juncker not to turn him back in, as his captors would surely hang him again, and asked the startled physician to help him hide and escape. Seeing a supposedly dead man sitting in the murk with his pale face framed by the twitching candlelight and talking to him was frightening enough that Juncker backed away and made to retreat, and one reports of what happened next reads:

The Professor then retired, step by step, with his eye still fixed upon the object of alarm and holding the candle in his hand until he reached the door. The dead man instantly started up and followed him. A figure of so hideous an appearance, naked, and in motion, the lateness of the hour, the deep silence which prevailed—everything concurred to overwhelm him with confusion. He let fall the only candle which was burning, and all was darkness. He made his escape to his apartment, and threw himself on his bed; thither, however, he was followed; and he soon found the dead man embracing his legs, and loudly sobbing – Repeated cries of “leave me! leave me !” released Junker from the grasp of the dead man, who now exclaimed, “Ah! good executioner, good executioner! have mercy upon me! If you call up any one, my adventure will become public, and I shall be taken and executed a second time. In the name of humanity, I implore you to save my life.” 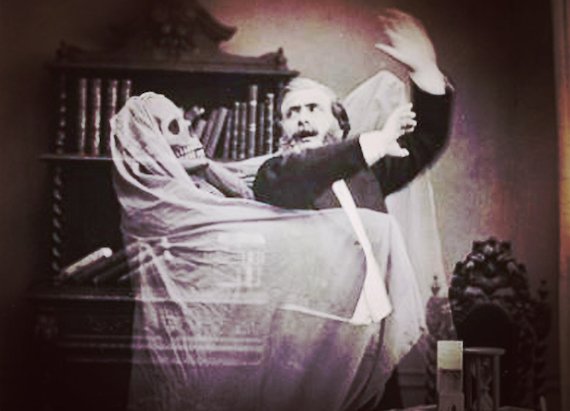 The “dead” man told him that he was a military deserter, and that they would have no mercy on him. Juncker could now see that the man was not an actual ghost, meant him no harm, and that he was wild eyed and truly feared being hanged again. He took mercy upon this poor soul, and agreed to try and help him, but wasn’t sure how to do that. In order to help the man escape to another jurisdiction, he would be required to not only whisk him away into the night through town without being seen, but also pass the guards at the city gates. Juncker ended up dressing the man in his own clothes and throwing a cloak over him, planning to pass him off as a colleague from the university. Amazingly, they were able to pass the guards when Juncker informed them that a person was dying on the outskirts of town and that he and his colleague had to urgently make it to them in great haste. As soon as they were away from the city gates, the dead man pledged his eternal gratitude to Juncker and vanished into the night. And that would be the end of the bizarre story of Juncker and the "living corpse." That is, until 12 years later, when Juncker was making a trip to Amsterdam. The series of strange events would be written of in Professional Anecdotes, 1825, p194-195, and reads:

Twelve years later, Junker having occasion to go to Amsterdam, was accosted on the exchange by a man well dressed, and of the first appearance, who, he had been informed, was one of the most respectable merchants of that city. The merchant, in a polite tone, enquired whether he was not Professor Junker of Halle? and, being answered in the affirmative, he requested, in an earnest manner, his company to dinner. The professor consented, having reached the merchant’s house, he was shewn into an elegant apartment, where he found a beautiful wife, and two fine healthy children; but he could scarcely suppress his astonishment at meeting so cordial a reception from a family, with whom he thought he was entirely unacquainted.

After dinner, the merchant, taking him into his counting-room, said, “You do not recollect me?” – “Not at all.” “But I will recollect you, and never shall your features be effaced from my remembrance: you are my bene-factor: I am the person who came to life in your closet, and to whom you paid so much attention. On parting from you, I took the road to Holland; I wrote a good hand; was tolerably good at accounts; my figure was somewhat interesting, and I soon obtained employment, as a merchant’s clerk. My good conduct, and my zeal for the interests of my patron, procured me his confidence, and his daughter’s love. On his retiring from business I succeeded him and became his son-in-law. But for you, however, I should not have lived to experience all these enjoyments. Henceforth, look upon my house, my fortune, and myself, as at your disposal.

It is all a pretty weird and creepy little tale, to be sure. Although the mysterious "dead man" may not have been a real, actual walking corpse, the fact that he survived being hung to end up at the house of the doctor who meant to dissect him as a cadaver and then finally escape with the help of that doctor to go on and have a successful life is very intriguing, indeed, and a mostly forgotten historical oddity. One thing is for sure, if you ever find a supposedly dead person sitting in your closet talking to you, it might be a good idea to help them out.