The Controlling Minds of Aliens and Supernatural Creatures

There's a good reason for why I chose to give today's feature that particular title. The fact is that there are more than a few encounters that suggest our mysterious visitors (whether extraterrestrial, time-travelers, inter-dimensional things, etc., etc.) are controlling, manipulative things that we should be wary of. I'll begin with the Contactees of the 1950s. They were the people who claimed face to face encounters with a certain type of alien that became known as the Space Brother (and the Space Sister, too). A careful study of the claims of many of the Contactees (particularly the revelations of Orfeo Angelucci and Truman Bethurum) reveals that their minds were clearly meddled with. Truman Bethurum was a Californian, born in 1898, who spent much of his early years working jobs that never seemed to last. His first marriage both began and crumbled during the Second World War. He entered into a second marriage only several months after the war ended, and ultimately wound up working out in the harsh, hot deserts of Nevada – specifically in the highway construction game. It was while Bethurum was out in the desert, in 1952, and while his second wife, Mary, was stuck at home in Santa Barbara, that Bethurum claimed he had an extremely close encounter with extraterrestrials on Mormon Mesa, a near-2000-foot-high foot high mount in Nevada’s Moapa Valley.

On the fateful night in question, and after the working day was over, Bethurum climbed the mountain, primarily to search for shells, something that Mary particularly enjoyed collecting. The story goes that Bethurum was rendered into a strange, altered state of mind, during which aliens from another world suddenly manifested before him; having arrived in a huge, gleaming, flying saucer that quietly descended to the desert floor. Although only around four-feet-five to five-feet in height, the aliens were eerily human-looking and claimed to have come from a faraway planet called Clarion. Not only that, their leader was one Captain Aura Rhanes, a Barbarella-type alien who Bethurum described as being "tops in shapeliness and beauty." All thoughts of Mary – back in Santa Barbara – were suddenly gone from Bethurum’s mind. 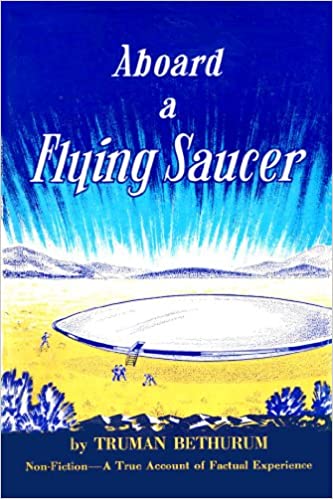 If you read Bethurum's collective body of work, you'll see that he became overwhelmingly obsessed with the curvy captain in no time at all. And, as a result of that obsession, Bethurum would do just about anything for his babe from the stars. In fact, it was as if he was under some kind of mind-altering spell - very much like the type of spell that the fairy folk of centuries ago would use to entrance men and take them to the strange world of the little people. As for Angelucci, many of his late night encounters in California occurred in what were clearly altered states of mind. And it was in those strange states that the beings from the stars would tell Angelucci what they wanted from him. Or, rather, what they demanded of him. Just like Bethurum, Angelucci too became obsessed (star-struck, even) with his alien visitors . He would do whatever they wanted from him - which was usually to warn people of atomic war and of the dangerous future that awaited us if we didn't change our ways. Also like Bethurum, Angelucci's mindset in relation to all of this changed practically overnight. Maybe even in hours. There was something wrong (and something sinister - even slave-like) about the speed of all this, and of the near-100-per-cent loyalty to the Space Brothers. Mind-control? I would say "Yes."

Moving onto the matter of alien abductees (those who have been forcibly taken on-board UFOs and subjected to medical experimentation), we see something similar. Despite the fact that many of the abductees are treated like lab rats (sometimes worse than that), the abductees are so often willing to forgive their kidnappers (over and over again) and do their bidding. I call it a kind of instilled Stockholm Syndrome. For those who may not know what that is, read on. As the BBC note, in an article titled "What is Stockholm syndrome?" we are told the following:

"The phrase was reported to have been coined by criminologist and psychiatrist Nils Bejerot. Psychiatrist Dr Frank Ochberg was intrigued by the phenomenon and went on to define the syndrome for the FBI and Scotland Yard in the 1970s...His criteria included the following: 'First people would experience something terrifying that just comes at them out of the blue. They are certain they are going to die. Then they experience a type of infantilisation - where, like a child, they are unable to eat, speak or go to the toilet without permission. Small acts of kindness - such as being given food - prompts a 'primitive gratitude for the gift of life,' he explains. The hostages experience a powerful, primitive positive feeling towards their captor. They are in denial that this is the person who put them in that situation. In their mind, they think this is the person who is going to let them live."

I have spoken to a number of abductees who have exhibited something that came very close to Stockholm Syndrome. Yet again, there are those mind-controlling demands. For example, in the same way that the Space Brothers of the 1950s warned of atomic war, the black-eyed, "Gray aliens" of the 1980s and the 1990s warned abductees of ecological destruction, of pollution, and so on. Such was the intensity of those warnings - that usually manifested in the form of graphic imagery in the minds of the victims -  the abductees would do anything, and put up with anything, that the aliens demanded. Again, it was achieved in a fashion that suggested minds were being warped. And not for good reasons.

Now, let's take a look at the Men in Black. There are numerous cases on record that demonstrate how the MIB have the ability to hypnotize people. Trevor James Constable was someone who recognized this disturbing issue. Constable also realized that this had been done to the man who almost created the Men in Black: Albert Bender. Constable wrote, in a letter to ufologist Gray Barker: "It is difficult indeed for me, as an occultist with some firsthand experience of this field of UFOs, to sort out Bender’s journeys back and forth across the threshold line between the physical and the astral. A biometric examination of Al Bender would probably indicate similar things to what it revealed about certain other researchers - total inability to distinguish between events on two planes of reality. Bender’s honesty I do not for a moment doubt. His discrimination I would deem non-existent. It seems almost incredible that the man could relate the full story of the construction of his chamber of horrors in the attic in the way Bender has. This is what convinces me of his honesty. Nothing could be more logical, in an occult way, than that the invisible entities he invited by the preparation of this locale, should indeed manifest to him, and thereafter proceed to obsess him for a protracted period, using hypnotic techniques that brought the man completely under their control [italics mine]." You can find Constable's letter in the pages of Bender Mystery Confirmed, which was edited by the aforementioned Barker - someone who on occasion outright lied about his UFO research and whose claims need to be taken very carefully. 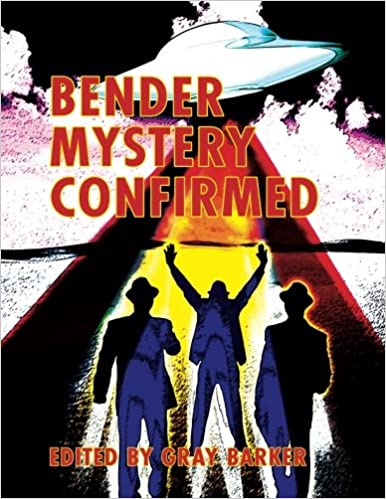 Finally, there's the matter of the Black-Eyed Children. There are many cases that suggest the BEC are dangerous creatures that can cloud our minds and alter our wills. Although we have people who claim to have seen the BEC as far back as the 1930s, the very first reported case didn’t surface until the late 1990s. The location was the Lone Star State, specifically the city of Abilene. The story revolved around a man named Brian Bethel, a journalist on the Abilene Reporter News. It was late one night when Bethel’s life was changed and he came to realize that there are dangerous, supernatural entities in our midst.

It was close to 10:00 p.m. when Bethel had the kind of close encounter that one never, ever forgets. He had pulled up at a mall not too far from his home, to deposit a check in a mail-box. All was quiet and dark. Bethel, using the lights of the mall to illuminate the interior of his vehicle, was writing the check when he was rudely interrupted. He jumped with surprise at the sight of a couple of kids who were standing next to the car, on the driver’s side. But, there was something about these kids that rang alarm bells in Bethel’s head. In fact, as Bethel would imminently learn, things were wrong in the extreme.

Bethel stared at the pair and couldn’t fail to see just how incredibly pale the face of one of the boys was. The other had what Bethel described as olive-colored skin. Both boys were around ten to fourteen years of age, Bethel estimated, and both were dressed in pullovers. Only one of the two boys spoke – he claimed that they wanted to see a movie, Mortal Kombat, at the local cinema. But, there was a problem: they had left their money at home. Could Bethel take them to their homes to get some cash? Bethel near-instantly realized that this whole situation had an air of dark and disturbing theater about it. There was an undeniably unsettling agenda at work, and it had absolutely zero to do with movies.  Bethel awkwardly hemmed and hawed for a few moments, something which caused the talkative boy to become ever more insistent that Bethel let them in the car. Then, things became downright eerie and chilling: Bethel found himself mind-manipulated, to the point where, to his horror, he could see that his hand was heading to the driver’s-side door – with the intent of opening it, but without his control. And, he got to see those terrible, black eyes. Bethel, fortunately, broke the spell and didn’t open the door, after all. He got the hell out of Dodge.

What all of this tells us is that aliens and supernatural entities are masters of mind-control. Avoid them.