The Controversy Surrounding the Color(s) of the Nessies

Just about everyone has heard of the Loch Ness Monster. Or, more correctly, the Loch Ness Monsters. Typically, the creatures are described as having long necks, small heads, humped backs, and flippers. On occasion, however, they have been described as looking like huge frogs, giant eels, tusked animals, and salamanders. There is, however, another aspect to the controversy surrounding the Nessies. It's the matter of their colors. That's right: the monsters of Loch Ness appear to come in various colors. As is noted at the New World Encyclopedia: "The color and length of the creature seems to be a point of contention, possibly due to the fact that the loch is dark and murky, sunlight not easily penetrating through the peat moss concentrated in the water. Reports have Nessie appearing grey or a dark tan color, ranging from the size of an elephant to as large as a whale."

With that said, let's take a look at the encounter of  Val Moffat. She says: "Well, the day that I saw the monster, it was the end of September 1990, and I was driving back from Inverness. I came up the hill where we came in sight of the bay, glanced out across it, and saw this large lump, is the best way to describe it. The nearest I can tell you is it looked like a boat that had turned upside down. Pretty much like that one out there, actually, same sort of size. If you took that boat and put it in the entrance to the bay, which is where I saw the monster, that's the size of it. About 30 feet in length, and nearly 10 feet in height from the water to the top of the back. It was a bright, sunny day, the water was bright blue, and it really showed up against it. It was a mixture of browns, greens, sludgy sort of colors." 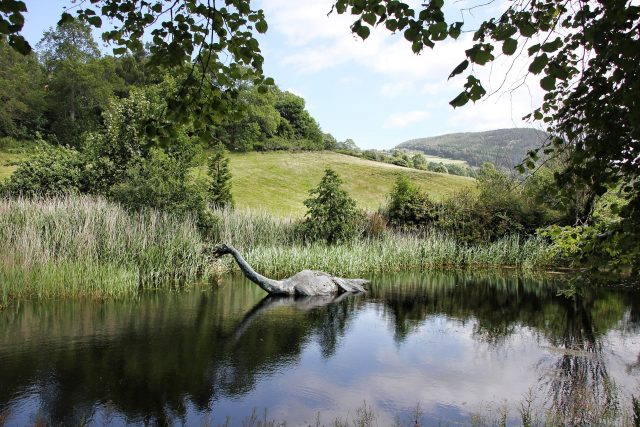 At the Loch Ness Sightings website there is this: "8 February 2008 Brenda Ellis from Foyers took four snaps on her mobile phone of a creature moving north in the water near Inverfarigaig on the south side of the loch. She said the creature was black/brown in color and was spotted moving in the water for 10-15 minutes." This is interesting, as black is a color that is very rarely used when it comes to describing the Nessies. Dark? Yes. But, close to black? Not often. We still aren't done.

As is noted at Crystallinks: "In 1960, aeronautical engineer Tim Dinsdale filmed a hump crossing the water leaving a powerful wake. Dinsdale allegedly spotted the animal on his last day hunting for it, and described the object as reddish with a blotch on its side." It was the early morning of Saturday, April 23, 1960 and acclaimed Nessie-seeker Tim Dinsdale was several days into an expedition at the loch when something remarkable and – for Dinsdale – life-changing occurred. It was the final day of Dinsdale’s trip, so it was a case of now or never. Very fortuitously, for the man himself, it turned out to be now. 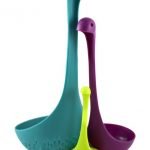 At roughly 8:30 a.m. Dinsdale, who had risen early, decided that as nothing unusual or amazing had happened in the previous five days, he might as well cut short his last day. So, he bid both the loch and the monster farewell and headed off to his hotel. It was while driving through Upper Foyers, however – and still in the direction of his hotel – that Dinsdale saw something amazing. It was something dark, something that was moving across the surface of the loch at a distance of what Dinsdale calculated was around 4,000 feet. Given the circumstances, Dinsdale remained surprisingly calm and collected. He filmed the whatever-it-was. To this day, the film still provokes controversy.

Loch Ness Monster expert Roland Watson has commented on the color controversy, too: "How much this color variation is an issue partly depends on one's bias in the subject. Skeptics want multi-colored Nessies to bolster their case against a single variant creature. The other extreme is to liken the Loch Ness Monster to a chameleon, which is going to far in the opposite direction." So, right now, when it comes to the matter of color, we are left with a mystery.

The Curious Case of the Demon of Spreyton