The Curious Case of the Demon of Spreyton

Some accounts of the supernatural and paranormal seem to have been lost to the mists of time, becoming obscure stories that have slipped through the cracks to remain mysterious and little understood. Looking through old accounts and archives one can find numerous examples of this, and in most cases these accounts have sort of faded into forgotten history. One such account that I have recently found is the story of a poor servant boy, who was haunted and menaced by decidedly insidious and perhaps even demonic forces.

The curious little tale begins in November of the year 1682, when a servant by the name of Francis Fey had a rather strange brush with the paranormal as he tended a remote field on an estate in Spreyton, England. As Fey toiled away, he saw what appeared to be an elderly man walking with a staff and slowly making his way across the field towards him. Fey watched with curiosity as this lone figure staggered upon that staff towards him, not sure why anyone would go through the trouble to come all that way just to talk to him, as he was just a lowly servant, but the old man inexorably drew closer with determined purpose. As he did, Fey could start to see the man’s facial features congeal into clarity, and he was startled to see that this stranger was actually the father of his own employer, a Mr. Philip Furze. The problem was, this man he saw walking across the field had been dead for many years. 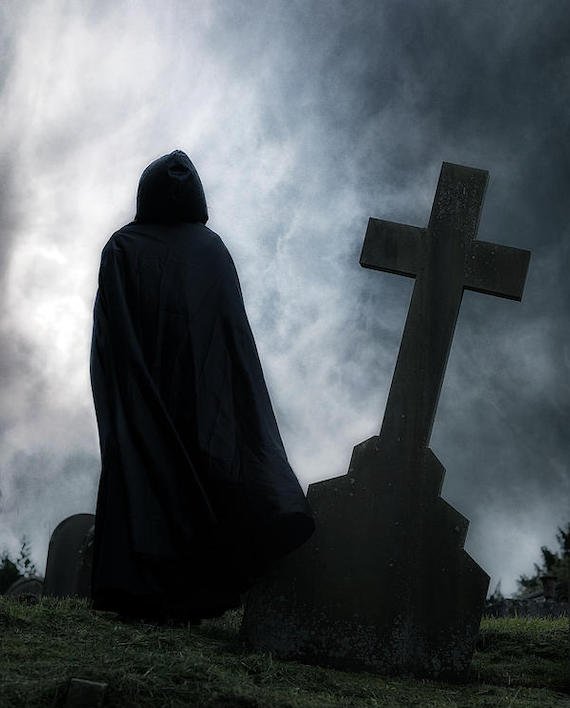 As scared as he was by this realization, Fey was still curious to see what this apparent ghost wanted, and so he remained where he was as the old man closed the distance and stood before him, leaning heavily on his staff. It turned out that this specter needed some help dealing with some earthly matters, specifically, sorting out his will. He told Fey that his son had failed to pay out what he had left people, and so asked him to bequeath “ten shillings to one, ten shillings to another, both which he named.” Fey told the ghost that unfortunately the second one named was no longer alive, and so the phantom told him to pay it to the next closest relative of the deceased. Part of the original account, which is in the rather unwieldy titled 1683 pamphlet A Narrative of the Demon of Spraiton. In a Letter from a Person of Quality in the County of Devon, to a Gentleman in London, with a Relation of an Apparition or Spectrum of an Ancient Gentleman of Devon who often appeared to his Son's Servant. With the Strange Actions and Discourses happening between them at divers times. As likewise, the Demon of an Ancient Woman, Wife of the Gentleman aforesaid. With unparalell'd varieties of strange Exploits performed by her: Attested under the Hands of the said Person of Quality, and likewise a Reverend Divine of the said County. With Reflections on Drollery and Atheism, and a Word to those that deny the Existence of Spirits, says of the rest of the specter’s request:

The Spectrum (spirit) likewise ordered him to carry twenty shillings to a Gentlewoman, sister of the Deceased, living at Totness, and promised if these things were done, to trouble him no more. At the same time the Spectrum speaking of his second wife (also dead) called her a wicked Woman, though the Relater knew her and esteemed her as a good Woman.

Standing there alone in that empty field with only an ominous ghost as company, Fey understandably felt obliged to comply, and told the man it would be done, after which the wraith vanished into thin air right before his eyes to leave him in silence. The next day, Fey went about carrying out his enigmatic task, but when he got to the woman in Totness she refused the 20 shillings, as she claimed the money had been sent by the Devil himself. No matter what he did, she refused it and he was ultimately sent on his way, having not fulfilled his bargain with the ghost. That night the old man appeared to him again, and this time told him to buy a ring worth exactly 20 shillings and give that to her instead, which he did, and this time she accepted the gift. In Fey’s mind he was done, but this doesn’t seem to have been the case at all. 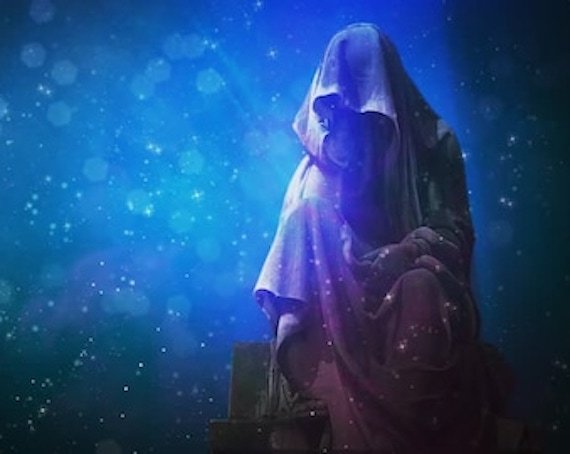 As Fey was riding back into town, the ghost appeared behind him on the horse, and according to the lore grabbed him and threw him to the ground, something which was allegedly witnessed by several other people. Fey managed to get out of it relatively unscathed and make it back to his employer’s farm, but then an unseen force apparently sent his horse hurtling through the air. Shortly after this, Fey began to be haunted by a completely different spirit, this time apparently that of the old man’s dead wife. One report of the matter in that pamphlet states:

Soon after this a female ghost appeared in the house, and was seen by the same young man, as also by Mrs. Thomasine Gidley, Anne Langdon, and a little child. She was able to assume various shapes: sometimes she appeared as a dog, belching fire, at another she went out of the window in the shape of a horse, breaking one pane of glass and a piece of iron. It was certainly vastly considerate of her in the bulk of a horse to do so little damage! But usually she stalked along the passage and appeared in the rooms in her own form. No doubt could exist as to who this some ghost was. The "spectrum" of the old gentleman had already hinted that his second wife was a bad woman, and could make herself unpleasant. 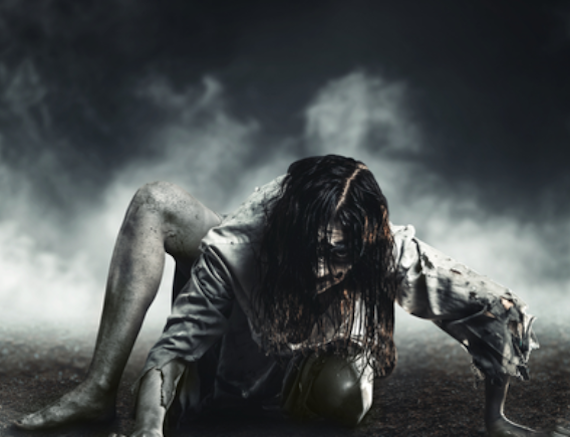 Indeed, she was very unpleasant. This sinister and malevolent entity, which was becoming known as “The Demon of Spreyton,” was ruthless in her aggression towards the young servant, often tormenting and attacking him with no remorse. She would often try to strangle him, as well as fling him up into the air, rip the wigs off of people with him, and send animal servants to attack him as well, such as a giant bird that descended to smash at him with its beak. On another occasion the spirit rammed Fey’s head into a wall so severely that it took several people to pull him back out, and it was al very violent and frightening indeed. Other various phenomena at the time are explained thusly:

The young man's clothes were taken off and torn to shreds, as were those of another servant in the house, and this while they were on their backs. A barrel of salt was seen to march out of one room and into another, untouched by human hands. When the spectre appeared in her own likeness she was habited in the ordinary garments of women at the time, especially like those worn by Mrs. Philip Furze, her daughter-in-law.

On Easter Eve the young man was returning from the town when he was caught by the female spectre by his coat and carried up into the air, head, legs, and arms dangling down. Having been missed by his master and fellow servants, search was made for him, but it was not till half an hour later that he was found at some distance from the house plunged to his middle in a bog, and in a condition of ecstasy or trance, whistling and singing. He was with difficulty extracted and taken to the house and put to bed. All the lower part of his body was numbed with cold from long immersion in the morass. One of his shoes was found near the doorstep of the house, another at the back of the house, and his peruke was hanging among the top branches of a tree. On his recovery he protested that the spirit had carried him aloft till his master's house had seemed to him no bigger than a haycock.

As his limbs remained benumbed he was taken to Crediton on the following Saturday to be bled. After the operation he was left by himself, but when his fellows came in they found his forehead cut and swollen and bleeding. According to him, a bird with a stone in its beak had flown in at the window and dashed it at his brow. The room was searched; no stone, but a brass weight was found lying on the floor.

It is unclear what happened after this, and the ultimate end of this story remains murky. What is it we are dealing with here? Is this a story of witchcraft, demons, od a very early account of poltergeist activity? Why was Francis Fey targeted by these dark forces? There is no way to really ever know, because the story is exclusively confined to that one pamphlet and there is no further information on what happened. It is nevertheless told as a very real event, and remains a forgotten historical oddity that will never be solved.

Earthquakes and the Loch Ness Monster