The Curious Life and Death of the Sorcerer Dr. John Lambe

Sometimes mysterious people pop up seemingly out of nowhere, to leave their mark and legacy and then fade back away into history. There are numerous cases of this happening throughout the centuries, and it always kindles the imagination. One such mysterious figure appeared in England in the 17th century, and would carve a path for himself as a great sorcerer and overall inscrutable figure, before leaving behind a legacy of intrigue and enigmas that is still not well understood.

The man known as John Lambe seems to have basically appeared out of nowhere. Almost nothing his known of his former life before he appeared to great fanfare in the early 17th century England to quickly make a name for himself as an astrologer and fortune teller, although he also claimed to be a medical doctor, insisting that people address him with a “Dr.” in front of his name. Although he never showed any evidence at all of these supposed medical credentials, the name stuck, and Dr. Lambe would soon rise up to prominence very quickly, helped along by his incredible claims that he has vast powers and could tell fortunes, help find missing or lost items, do alchemy, identify diseases, conjure up apparitions, read the future, and ward off witchcraft, all with the help of his ever present mysterious crystal ball.

Soon he was touring all over the region, and it seems only natural that he would instill fear and gain enemies in the process. In 1607 he was accused of “practising execrable arts to consume the body and strength of Thomas, Sixth Lord Windsor of Bromsgrove and generalley giving bad vybes,” as well as “entertaining certain evil and impious spirits” in Worcestershire but he was eventually released when it was believed that those who had imprisoned him were cursed and that “the high sheriff, foreman of jury, and divers others of the justices’ gentlemen then present of the same jury died within a fortnight.” He would nevertheless be arrested again for using black magic and sent to a posh prison in London, and his captors were so afraid of him that they placed him in a swanky, two-room cell complete with servants, so he wasn’t exactly suffering or languishing away or being shunned. Indeed, such allegations and rumors only served to increase his mystique and popularity. He held sessions right from his prison cell that he would charge exorbitant prices for, many of these attracting many of society’s elite, who more often than not came away convinced that he was the real deal, which only further cemented the reputation of this man who had basically arrived out of the blue. 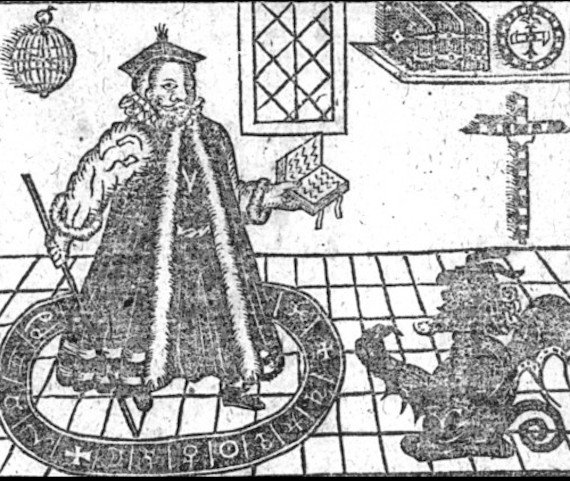 By 1625, Lambe had attracted the attention of George Villiers, 1st Duke of Buckingham, himself a man of some controversy but a favorite of King Charles I, who released him from prison and recruited him to be his personal advisor, hoping to harness the magician’s powers to help him in his own goals and machinations. Lambe basically became the Duke’s private sorcerer, and the two were purportedly nearly inseparable, with nearly every decision the Duke made said to be in some way influenced by him. With the help of Lambe, the Duke wormed his way into more power and was basically seen as the one really ruling the country from behind the scenes. Throughout this, Lambe’s mystical reputation was propelled to almost legendary status, with some believing he was a charlatan and imposter, but many others beginning to think that he was a very powerful sorcerer or perhaps even the Devil himself. One popular chant at the time concerning Lambe was:

The Devil was of course Lambe, which led to his sinister nickname the “Duke’s Devil,” and it was widely believed by vast swaths of the superstitious populace that he was casting spells and working his potent magic from behind the scenes. All sorts of rumors of Lambe’s exploits made the rounds at the time. One popular story was that Lambe once invited a group of people to his London home, where he conjured up a tree out of thin air, along with three diminutive woodsmen who proceeded to hack it to pieces before vanishing before the audience’s very eyes. When one of the witnesses pocketed some shards of the wood, it is said he was plagued with fires in his house until he returned them. Another tale was when a dark and ominous fog descended one day over the Thames, along with an anomalous whirlwind, and many observers claimed they could see within the murk “many mystical shapes,” as well as Lambe himself levitating through the air, and it was all attributed to his dark powers. Others claimed that he had predicted or even caused many deaths and calamities, that he had struck down with magic political rivals, and it was enough to instill terror on many Londoners. 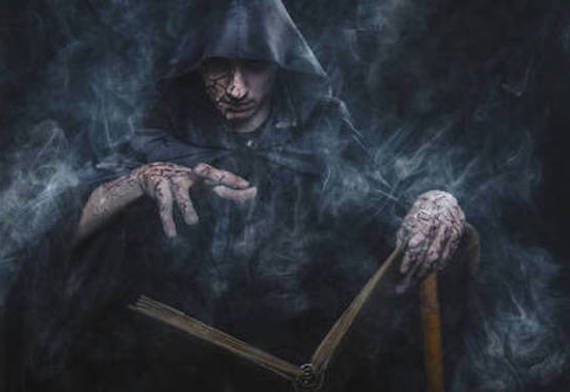 There were many efforts at the time to get Lambe tried and  indicted on charges of sorcery and witchcraft, which was pretty common at the time, but considering his very powerful connections these never stuck. Lambe seemed to be basically untouchable, but it was partly due to his dark influence that both the Duke and then king Charles I were losing favor in the public’s eye. Nevertheless, they continued to enjoy positions of power, Lambe still feared as a wizard, and it would not be until he committed a relatively normal, non-magical crime that his downfall would begin. In 1627, Lambe was accused of raping an 11-year-old girl by the name of Joan Seager, and this time there would be serious consequences. Although he denied it, Lambe was arrested, accused, and even sentenced to death for the crime, but his powerful connections meant that the execution was time and time again postponed and he was allowed to even return to his own lodgings. The people of London had had enough, though, and decided to take matters into their own hands.

Despite their fear of Lambe, a wild mob gathered and made their way to a theater where he was enjoying a show. As usual he was surrounded by bodyguards, but this did little good when the mob’s wrath was levelled at him. They chased Lambe through the streets, and at a few points it seemed he might actually escape them, but eventually there was no where else for him to run, and he was brutally stoned and beaten to death by the angry, unruly mob right there in public, after which they promptly dispersed. In spite of his grievous injuries, Lambe would not die until a few hours later, and when his body was searched it was found to contain all manner of witchcraft paraphernalia, such as a crystal ball, a gold nightcap, twelve silk pouches, and eight small engraved portraits.

When he was informed that Lambe had been killed, the Duke himself was filled with rage, and launched a massive, far-reaching investigation into the death, but no one was ever arrested or charged, mostly because everyone who had seen the incident remained completely, defiantly silent. When word got out that the “Duke’s Devil” was dead there was quite a bit of rejoicing among the populace, and interestingly enough the Duke himself would be assassinated just a couple of months later, stabbed to death by disillusioned army officer from his own ranks. Another death that would follow Lambe’s in later years was that of his maid and rumored lover, Anne Bodenham, widely believed to be a dark disciple of his dark arts, said to have shape changing powers and who was eventually hung as a witch.

Even in death Lambe’s legacy would remain, as he would be immortalized in literature, with numerous books and plays written about his strange life over the years. He would be blamed for setting the course for the King Charles I’s path to the English Civil War, which would lead to the King being eventually beheaded, but it is uncertain just how much Lambe’s deeds ultimately influenced British history. Who was John Lambe? Where did he come from and how did he so fully manage to lodge himself into the history of England? Was he really a powerful magic user or was he just a great showman, charlatan, and imposter? Whether he was ever able to do even half of what is claimed of him or not, he still remains indelibly etched into history, and a specter we may never fully understand.

If You See Bigfoot All Over Michigan, Blame This Guy