The Mysterious Death of Duane Allman, Coincidences, and a Pact with God

Back in the 1969, one of the hottest bands around was The Allman Brothers Band, and among them was one of the guitar greats of all time, Howard Duane Allman. He began with a successful stint as a session musician for Atlantic Records at FAME Studios in Muscle Shoals, Alabama, playing alongside some of the music stars of his generation, including Clarence Carter, King Curtis, Aretha Franklin, Laura Nyro, Wilson Pickett, Otis Rush, Percy Sledge, Johnny Jenkins, Boz Scaggs, Delaney & Bonnie, Doris Duke. In 1969 he would start his own band, The Allman Brother Band, along with his brother Gregg in Jacksonville, Florida. Duane then quickly proved to be a guitar legend, known for his slide guitar playing and amazing ability to improvise at the drop of a hat. There was also the time that his bandmate allegedly made a deal with God to keep him alive, which was then followed by a series of mysterious deaths.

When it launched the group immediately made an impression, earning the admiration of some of the greatest musicians of the era and going on to record two studio albums, 1969’s The Allman Brothers Band and 1970’s Idlewild South, as well as a live album, the revered 1970 album At Fillmore East, largely recognized as one of the best concert recordings ever made. They became recognized as one of the most influential bands ever, and through all of this Duane went on to become one of the most respected guitarists of all, once hitting the number 2 spot of Rolling Stone Magazine’s list of the 100 greatest guitarists of all time, and inspiring many others to copy his sound and way of playing. He was a regular collaborator with fellow guitar great Eric Clapton, helping to record the smash hit song Layla. Clapton and Duane became very close friends, with Clapton once saying Duane was the “musical brother I'd never had but wished I did," and he was even offered to join Clapton’s band, Derek and the Dominos. He was highly sought after, and also a contributor to albums from various other famous artists, but despite this growing fame and clout, Duane would never leave The Allman Brothers Band, which was his true labor of love.

There were some problems in the background. As with many famous musicians there was alcohol and drug abuse lurking around them, and Duane was not immune to this. In fact, his drug based demons came calling on October 29, 1970, during the heyday of the band’s success. Although the details seem to be unclear, on this evening Duane Allman suffered a serious drug overdose while in Nashville, and he was rushed to the hospital in very grim shape. The overdose was apparently pretty bad, and doctors did not think he was going to pull through, leaving only the prayers of his family, friends, and band mates to help him get past this. According to the story, it was one of these prayers that would actually work to bring Duane from the brink of death. It is said that one time the bass guitarist of The Allman Brothers band, Berry Oakley, was deep in angst at what he truly thought was Duane’s deathbed and praying heavily. He supposedly begged God to allow his friend to live one more year so that they could complete an album and allow Duane to continue doing what he loved. Fellow band member Butch Trucks would later say in an interview:

It was then that Berry Oakley entered into a personal bargain with God. Oakley pleaded with God to give Duane just one more year of life, one more year to play his music and live his dream.

Apparently someone was listening, because against all odds the guitarist’s health improved dramatically and he survived what was widely believed by surprised doctors to be a fatal overdose. At the time it was considered to be a miracle, and Duane went back to playing, doing sessions and working on their next studio album. Everything appeared to be going great, but it would get bizarre indeed when death would come for Duane once again, eerily exactly 1 year later, as per the purported pact. On October 29, 1971, Duane Allman, who was at the time just 24 years old, was riding on his Harley-Davidson Sportster down Hillcrest Avenue in Macon, Georgia, when a freak accident would play out. At the intersection of Hillcrest and Bartlett Avenue, Allman slowed down and maneuvered to let a large flatbed truck carrying a crane boom make a left-hand turn in front of him. As he was swerving out towards the center of the street to get around the turning truck, it suddenly and inexplicably made an abrupt, unexpected stop. Allman was unable to stop in time and hit the truck, but this was only the beginning. 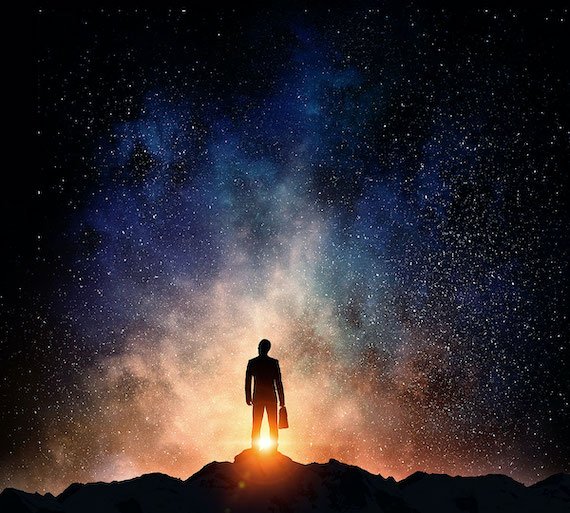 The impact itself was probably not life threatening in and of itself, but the guitarist just happened to hit the weight ball of the crane, which hit in such a way as to simultaneously knock him off his bike and flip the motorcycle up in the air. Amazingly, the bike then came down right on Allman’s chest before skidding off to the side. When authorities arrived at the accident scene, he didn’t even seem to be injured, displaying only superficial scrapes and cuts, leading paramedics to think that he had miraculously escaped harm. Yet in reality he had sustained grievous internal injuries, and after several hours of surgery he would tragically pass away. In the aftermath of this horrific incident, The Allman Brothers Band would complete work on their next album, which they released in 1972 to wide acclaim and titled Eat a Peach, in honor of a famous quote Duane had given in an interview, in which he had said:

I'm hitting a lick for peace, and every time I'm in Georgia I eat a peach for peace. But you can't help the revolution, because there's just evolution. I'm a player. And players don't give a damn for nothing but playing.

Tragedy didn’t end there for the beleaguered band. Eerily, in November of 1972, the very bassist who had allegedly made the pact with God for Allman’s life, Berry Oakley, would also die under spookily similar circumstances. On November 11 of that year, almost exactly 1 year after Allman’s death, Oakley was riding his motorcycle down a road in Macon, Georgia, when he hit a bus making a sharp turn in the other direction on Napier Avenue at Inverness, just 3 blocks from where Allman had had his fateful accident. Just as with Allman he was thrown from his bike as it flipped in the air, and just as with Allman he seemed to be uninjured at first. In fact, in Oakley’s case he refused medical treatment and caught a ride home, seemingly none the worse for wear. It would not be until several hours later that he admitted himself to a hospital complaining of an excruciating headache. He would be found to have intense cerebral bleeding and died shortly after. He was 24 years old, the same age as Allman had been when he died.

It is of course very possible that this is all a curious coincidence, and that there was no pact made with God and that this is all the urban legends of the music world, people making connections where none really exist. We are left to ask if this was all just mere coincidence or some sort of mysterious deal that was fulfilled, and if so, did Oakley's own death have anything to do with it? There are certainly spooky elements to this case, and whether it was merely poor timing and chance or something more remains up for debate.

Coronavirus Pandemic is Invading Our Dreams