The Mysterious Vanishing of Marlena Childress

It was April 16, 1987, and a beautiful, calm day in Union City, Tennessee, in the United States. On this day, little 4-year-old Marlena Childress was playing out in front of her home like usual and there wasn’t anything at all that indicated that this wasn’t just another, mundane day. Marlene’s 22-year-old mother, Pam Bailey, was inside, but keeping an eye on her daughter, and she too had no reason to think there was anything to worry about, as the girl often played out front and it was a safe, quiet neighborhood where not much typically happened. This was all about to change, however, and little Marlena was about to step into the annals of strange mysteries, and off the face of the earth.

At 3:30 PM, Pam heard what she would claim to be the squealing of car brakes outside, and when she glanced to the front yard to see what was going on, she noticed that Marlene was nowhere to be seen, and she said she then caught a glimpse of a red car with Kentucky license plates speeding away. She dropped what she was doing and went out front, thinking that maybe someone had been hit, but there was no sign of the girl, and she immediately knew that that car had something to do with it. Pam then called the police and reported a possible kidnapping. When the police arrived, they thought they were dealing with what looked like a simple abduction, and with a bright red car it was presumed that they would find the girl quickly, but this was to prove to be far from a straightforward case.

Under questioning, Pam would claim that she had not seen the driver, and she then remembered that earlier that day she had gone to a local store with her daughter and Marlena’s step-brother, Jerry. While they had been there Jerry and the store owner had seen an unfamiliar man talking to Marlene outside, and the man had driven a red car. Police were immediately on it, and although they did track down the man who had been seen at the store, he was found to have had nothing to do with it and was dropped as a suspect. Police searched the entire area for any clues but there was nothing to be found, and no other red cars detained. It was as if Marlena had vanished into thin air.

The search continued, fliers were distributed, a hefty award was offered for any information, and there were a few leads that did come in. The most promising was a woman who told police she had seen Marlena at a hair salon in Memphis, Tennessee, six days after her disappearance, and that she had been with two women. The witness claimed that the young girl had been heard to call out for her mother in a pleading voice before being hurried away, with one of the women overheard to say, “Be a good girl, Marlena, and we'll take you to the movies.” This seemed like a very solid tip, but sadly it didn’t lead anywhere. Indeed, it would later be claimed that authorities had actually tracked the girl down and she had not been Marlena. There were several other alleged sightings of the girl in the Memphis area, but these too turned into dead ends and no suspects were apprehended. As the whole search and investigation had been going on, Pam Bailey had spiraled into depression to the point that she was hospitalized for stress and exhaustion. She spent nearly a week there, and after being released she came forward with a shocking admission. While talking to a private investigator on the case, a man by the name of Stan Cavness, who had actually been hired by her, Pam would come out and admit that Marlena had not gone missing, but was dead.

According to Pam, on the day of the supposed vanishing, Marlena had been acting up and the two had argued. Things escalated, and in a fit of rage Pam had allegedly hit her on the head, knocking the girl back into a table and accidentally killing her. Pam claimed that in a panic she had arranged to get rid of the body, recruiting an old male friend named P.L. Summers to help her move and toss the body to dispose of the dead girl in the murky waters of the nearby Obion River. This grim confession, which was taped by Cavness, was a completely startling revelation, Pam was arrested for murder, and a massive search was launched for the body. It seems like this should all be pretty cut-and-dried at this point, and that it was a homicide, but things were about to get very weird from there.

It was immediately odd when police tracked down the alleged accomplice, Summers, only to find that although he admitted he knew Pam, he hadn’t seen her in years and had no idea that Marlena was even missing. He had an alibi for the time frame of the events claimed by Pam, and insisted that he had had nothing to do with disposing of any body in the river, which was enough to have him cleared as a suspect. Nevertheless, the Obion River was thoroughly searched by divers and dragged, but this turned up no body, nor any trace of Marlena. While all this was going on, Pam, who was still being held on charges of second-degree murder, recanted her confession. According to her, she had been coerced by Cavness into admitting to the murder, with the investigator threatening that she was going to face the death sentence unless she confessed and her judgement clouded by the drugs she was taking for depression.

Pam’s story was now not only that she had been forced to confess, but that Summers was not an accomplice, but rather a family friend who had sexually abused her when she was a child. She said that Summers was a pedophile, and had actually been the one who had kidnapped Marlena. Oddly, Summers would be arrested for fondling a 9-year-old girl in 1987, but again, the man had an alibi for the Marlena case and was not considered a suspect. She told a lot of other conflicting information to the police, changing her story several times, at one point even claiming that she had sold her daughter away. None of it made any sense. For his part, Cavness was more than happy to play back the recording of the confession for police, and there was no evidence at all, at least on the 5-minute-long tape, that he had coerced her in any way. Cavness also claimed that Pam had been very sincere in her confession, explaining the killing in vivid detail and expressing remorse. It was determined that in fact he had not coerced her, and police were left to puzzle over what was going on here. Why would Pam admit to the killing and make up this whole story of throwing the body in the river and then tell that to the very private investigator that she herself had hired? What really happened here? No one knew. 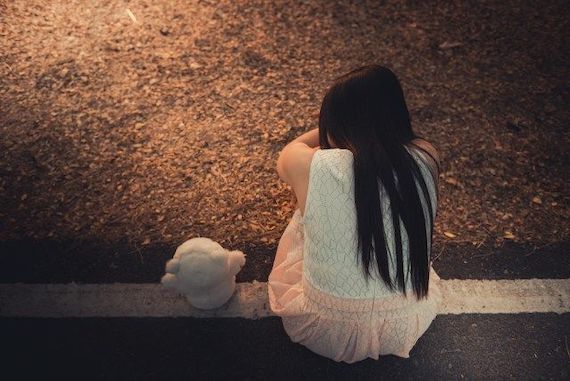 Pam Bailey was deemed to be sane and competent enough to stand trial, but there was a lack of any evidence to charge her with. The charges of second-degree murder were whittled away down to manslaughter, and then down to nothing. In the end, Pam walked away a free woman and ended up moving to Kentucky to live with her parents. In a grim further chapter in the life of Pam Bailey, almost 15 years later she would be arrested for stabbing her twelve-year-old son in a cemetery on April 22, 2002, after blindfolding the boy and telling him she had “a surprise” for him. The boy survived the vicious attack, and although Pam claimed that she had blacked out and did not remember the attack she would get a 10-year prison sentence for attempted murder. This incident was enough to get the Marlena Childress case reopened, and although police now do believe she had a hand in the disappearance and likely death of the girl, it is unknown just how and there is still no solid evidence to charge her with. She has never been formally charged with anything to do with the vanishing of her daughter.

Whatever the case may be, whoever may be guilty or not, Marlena Childress has never been found, and the case remains unsolved. We are left trying to figure out just what is going on here, but with no body and Pam Bailey's constantly shifting stories it is difficult to get to the bottom of. It certainly seems that both her and Mr. Summers likely know more about what has happened than they let on, but no way to know just how deep the rabbit hole goes here. For now, Marlena remains missing, her ultimate fate unknown.