The Night Flyer: A Report of Odd Blue Lights and a “Mystery Plane”

When most people think of a “UFO”, any number of things may come to mind. In likelihood, the many will envision a disc-shaped “flying saucer” or something similar; it is an image that has indelibly shaped our attitudes about unidentified flying objects since 1947 when American newspapers first began calling them “flying saucers.”

Not all reports of UFOs involve disc-shaped objects, of course. In fact, far more often, reports of unidentified flying objects involve sightings of things that are far less distinct: often they are merely unusual lights seen at night which, appropriately enough, the late J. Allen Hynek referred to as “nocturnal lights.”

Even if an object seen by the cover of night is unidentifiable at the time of observation, there are a lot of things that can be discerned about what that object or aircraft is not, based on light color and patterns.

The following account was shared with me by an observer named Jen, who observed the object in question shortly after 4 AM while traveling to work. 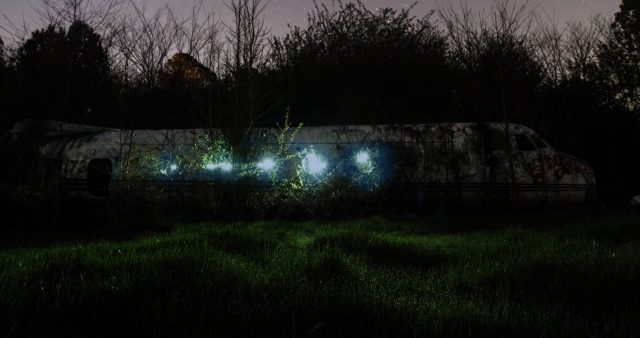 “I was driving to work and it was about 4:30 in the morning. There's not usually anyone else on the road at that time except for a handful of other drivers,” Jen said, “so usually I can be a little more laid back.”

The moment she first observed lights in the distance ahead of her, she was aware that something about their appearance seemed unusual.

“[A]bout halfway down the road, going East, I saw a dark, bright blue light,” she recalled. “I thought it was weird but thought I'd just watch it until I got to work and see what happens. Well, the single light, turned into two dark blue bright lights.

Many observers would probably agree that the appearance of such lights would seem unusual, namely because blue is not a color that falls within FAA regulations.

“As it got closer,” Jen continued, “I could tell that they were attached to the same craft but one was in front and the other was slightly behind.

“Then a third dark blue bright light appeared at the tail end of the craft, as well as white blinking lights on what would be the wings. Now, I didn't see an outline of any shape of the craft which held the lights, but you could tell they were all a part of the same object.”

Despite never seeing the shape of the plane or object to which they were attached, this report is curious since the coloration does not conform to any known aircraft lighting patterns. Add to that, as mentioned before, the fact that it falls outside of legal lighting for aircraft around the world, and it seems highly unlikely that this would have been any kind of conventional aircraft.

“I was sure it had to be some plane,” Jen added, “but it wasn't flying high enough, (it was half the height of the mountains) and it was flying directly south, not trying to gain any altitude but not coming down like to land.

“I really wouldn't have given it much thought but it was unlike any plane I've ever seen,” she concluded, “and apparently it's illegal to fly with blue headlights in a plane.” 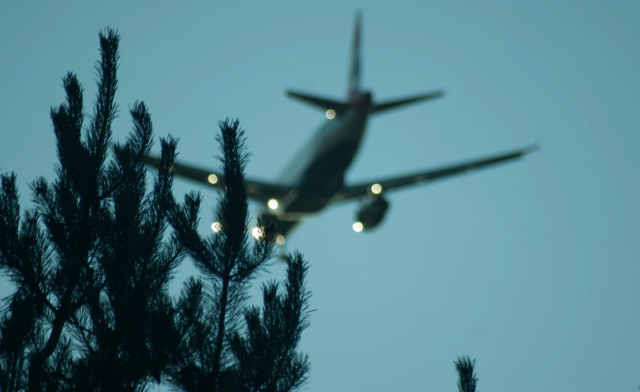 The white blinking lights oriented near the wingtips that Jen described seeing do match the position of strobe lights that appear on many conventional aircraft. However, according to federal aviation regulations part 25, pertaining to “regulations for transport aircraft,” section 1385 states that:

Based on Jen’s description, in addition to there only being blue lights observable on the aircraft she witnessed, there did not appear to be any green or red position lights visible.

This presents a problem, since according to federal aviation regulations part 121, section 323, “No person may operate an airplane at night under this part unless it is equipped with the following instruments and equipment in addition to those required by §§121.305 through 121.321 and 121.803,” after which the first item listed under item “a” is position lights.

So what was the aircraft Jen observed in the early morning hours during her commute to work? It’s anybody’s guess, but it would seem pretty clear that its lighting pattern doesn’t seem to match any known aircraft and their operations under FAA regulations… and that, by definition, would make it an unidentified flying object, whatever its actual purpose and origins might have been.

New Evidence Shows Neanderthals and Humans Were Having Frequent ‘Relations’