It has been seen time and time again that UFO encounters and alien abductions seem to happen to people from all walks of life, and are far from confined to just weirdos out in the middle of nowhere. On occasion there have been such reports from very famous people or those in high standing, and these are the ones that tend to really resonate and catch people's attention to get them talking. One of these is the chess-playing Russian Federation president who not only claims to have been abducted by aliens, but that they invented the game he loves most.

Kirsan Nikolayevich Ilyumzhinov is not a name many people will probably be familiar with, but he has had a rather impressive and colorful career. He burst onto the political scene from the private sector, where he was the president of SAN Corporation in Moscow, to be elected as the first president of the Russian Federation’s Republic of Kalmykia in 1993, a position in which he would serve until 2010, constantly re-elected unopposed. His stint as president is mostly notable for allegations of corruption, misappropriation of funds, and his wild and unorthodox ideas while in office, such as offering a free mobile phone to every shepherd, paying $100 dollars out to everyone who voted for him, and an almost obsessive compulsion to build religious buildings, such as a mosque, a synagogue, a Catholic church, 22 Orthodox churches, and 30 Buddhist temples, as well as his assertion that he was able to psychically subconsciously influence and mind control people, once saying:

Irrespective of what I tell people, I give them instructions on a subconscious level, a code. I do the same thing when I communicate with Russian citizens from other regions. I am creating around the republic a kind of extra-sensory field and it helps us a lot in our projects.

He was also a completely hopeless chess geek. A lifelong avid chess player, after winning the regional championship as a child, he went on to become a master player, defeating former world chess champion Garry Kasparov to go on to become the head of the International Chess Foundation (FIDE), which he would remain until 2018 and which was every bit as colored by scandal as his presidency. He has played chess against some of the best, and has also had bizarre matches against an ecclectic mix of celebrities and other politicians such as the former Libyan dictator Muammar Gaddafi, in the process pouring millions of government dollars and from his own personal fortune into chess related projects and promoting chess in schools all over the world. Make no mistake about it, Ilyumzhinov really, really likes chess. He also has been abducted by a UFO and thinks chess was created by aliens from outer space. Wait, what?

The whole bizarre tale begins in September 1997, when one evening Ilyumzhinov claims he was at home at his flat in Moscow when a UFO swept down, piloted by beings in “yellow spacesuits” of some sort, and whisked him away. As soon as he was aboard their ship he says he was provided with a spacesuit similar to theirs in order to help him breathe, and that they spoke to him telepathically. Ilyumzhinov would describe being the abduction and being aboard their ship thusly:

It was from my apartment. They flew in and picked me up. They were wearing yellow spacesuits. I remember this moment exactly. We went off to their interplanetary ship, and I started to feel a lack of air, a lack of oxygen. They gave me a spacesuit as well. One of the aliens pointed to his chest and indicated that the oxygen supply could be regulated by turning a dial. So this is what I did.

The ship was absolutely enormous. One of its chambers was the size of a large football pitch. We landed on one of the planets and picked up some piece of equipment. They told me everything in detail. I asked them to take me back to Earth as quickly as possible, because in two days I had to conduct Youth Government Week. And then they brought me back and everything was normal again. A few days later I was walking along thinking: ‘Why did they take me?’ And I was cursing myself for not asking them any questions. But it is possible that it is still not the time for us to meet these extraterrestrial civilizations.

He describes coming back to find that he had an hour of missing time, and he would soon discover that while he had been gone members of his staff had been searching his apartment for him but had found no trace of where he had gone. He describes these entities as being very similar to us, with the same ways of thinking and same visions for the future. He believes that they were also responsible for many inventions here on Earth, and of course since this is Ilyumzhinov we are talking about here this includes chess. He says of this:

My theory is that chess comes from space. Because it’s the same rules — 64 squares, black and white, and the same rules in Japan, in China, in Qatar, in Mongolia, in Africa — the rules are the same. Why? I think maybe it is from space. 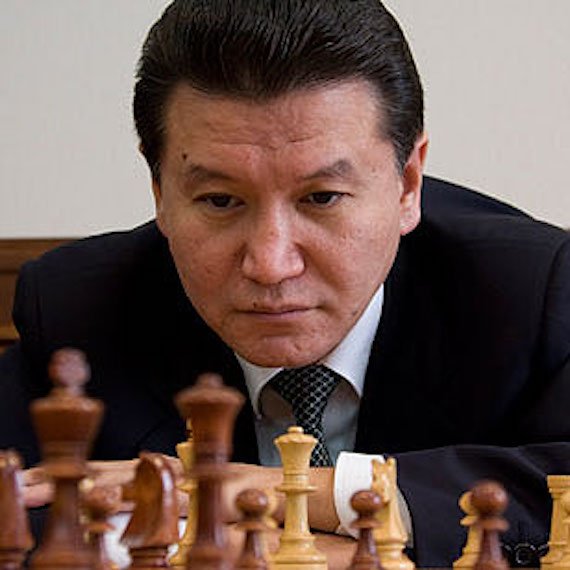 Considering his high political position and reputation at the time, and that he was well into his presidency, it seems as if this might have been a bizarre experience he’d want to keep to himself, but in interviews and with the media he was very open and candid about what had happened to him, and this led to many of his fellow countrymen wondering if he was fit to lead. In particular, one Russian parliament member by the name of Andre Lebedev was very outspoken about his concerns that Ilyumzhinov was perhaps not in his right mind and fit to govern, and not necessarily because he admitted being taken up on a spaceship or claiming that they had invented chess, mind you, but rather because he was worried that the leader had given the aliens state secrets. Others just flat-out thought he had lost his mind, and others still commended him for his willingness to openly disclose his experience. For his part Ilyumzhinov thinks he did the right thing to bring people’s attention to the presence of UFOs and aliens, and has said of all of this:

I’m not a crazy man, but after I gave the first interview to Radio Freedom in Russia ... thousands — not hundreds — thousands of people wrote me letters and called on the phone, saying, ‘Oh, Kirsan, you are a politician and you are not afraid to talk about it?’

Whether he was crazy or not, he still managed to stay in office for many years after this story hit, and it is either a good example of a politician coming clean about UFOs or more eccentric ramblings from a decidedly eccentric man. It goes to show that not all of those who claim such encounters are nutjob nobodies, and sometimes people in high places have them as well. This one was just perhaps a bit stranger than most.

The Sasquatch Centrists: Data Shows Most People Are Doubtful, but Open Minded