The Sasquatch Centrists: Data Shows Most People Are Doubtful, but Open Minded

Whether you're a believer or an unapologetic skeptic, people's unfaltering interest in Sasquatch is a reality that cannot be denied.

One isn't necessarily required to "believe" in Sasquatch just to have an interest in the topic. Many skeptics, including Benjamin Radford and Joe Nickel, have written at length about Sasquatch over the years, and in Nickel's case, he has even gone to the trouble to hire a wilderness guide and visit certain key Sasquatch hotspots, which is certainly admirable. However, a fundamental lack of physical evidence has left these, and the majority of other science writers and academics unconvinced.

On the other side of this coin, a number of people are resolute in their belief in Sasquatch, despite being in the minority. However, what is often left out of this discussion is the number of people that might be considered "Sasquatch Centrists": those who are still skeptical, but are at least open to the possibility that such a creature could be out there, especially if good evidence were ever forthcoming. 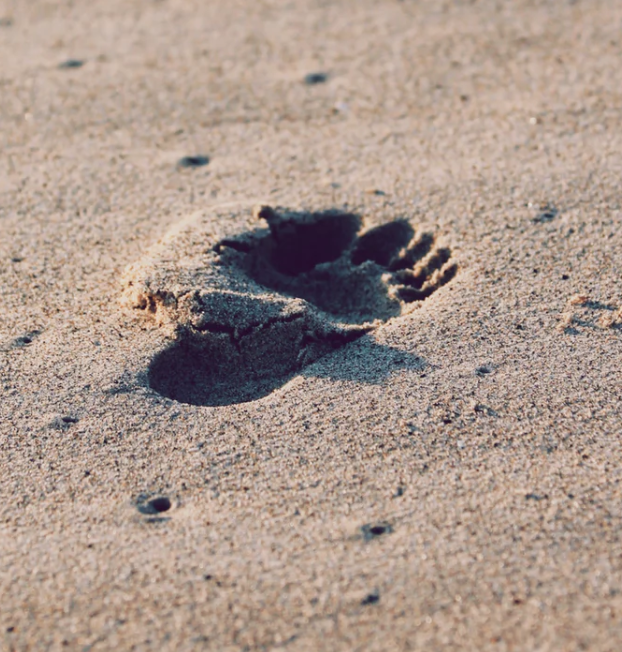 According to a 2007 Baylor Religion Survey, attitudes toward the existence of Sasquatch presented the following figures:

So what do these numbers actually say? At a glance, they would seem to indicate that most people are skeptical about the existence of Sasquatch. Some might use this interpretation as evidence that those who do believe, or who at least entertain the possibility that such a creature exists, are wrong in their judgment or, at worst, that they might even hold irrational beliefs.

While it is generally correct that, based on the numbers above, the majority of people don't believe in Sasquatch, it is interesting to note that the most popular response at 44.3% (that is, a little less than half of the participants) indicated that they thought Sasquatch "probably" didn't exist, as opposed to the second largest segment of participants who, at 39.6%, were resolute in their disbelief.

Of equal interest is that the third-largest group, rather than being "firm believers," said that Sasquatch "probably" exists. This, along with the large number of participants who said the creature probably didn't exist, actually shows that while there are groups at the extreme ends of belief and skepticism about the reality of Sasquatch, the combined majority are somewhere in the middle: in other words, they appear to reserve their judgment, rather than making hard conclusions.

This is interesting to take into consideration when compared with figures pertaining to things like political attitudes among Americans: according to a 2019 Gallup phone survey, participants were largely center-right, with "37% of Americans, on average, identifying as conservative during the year, 35% as moderate and 24% as liberal." Here again, despite prevailing attitudes that are reflected by media outlets and other information sources, the average American doesn't generally seem to hold views that are quite so polarized, and though there is a slight leaning toward conservatism, there is a largely moderate populace which seems to be open-minded, and willing to entertain what they feel are good ideas, rather than partisan ones.

From a social science perspective, it is not hard to see that people who hold partisan attitudes--whether with relation to politics, or something more "fringe" like Sasquatch--tend to fall into the trap of thinking that the majority of people share their own beliefs or attitudes, and that those who disagree are not just wrong, but demonstrably so. With Sasquatch, as with politics, people seem to take a moderately conservative attitude, in that they presume Sasquatch probably doesn't exist, but they don't entirely rule out the possibility.

"The lack of good evidence hasn't dampened the enthusiasm of Bigfoot buffs," noted Benjamin Radford in a 2012 article for Live Science. "They have all they need in sighting reports, fuzzy photos, inconclusive hair samples, and footprints to keep the search going. Until better evidence comes along, old evidence will be rehashed and re-examined­ — and unless Bigfoot is proven to be alive, the search will continue."

In other words, while the existence of Sasquatch is not supported by physical evidence, that lack of evidence has not dissuaded hopeful searchers, nor has it entirely convinced a cautious public that would be willing to believe, should that long-sought evidence ever turn up. And as Radford points out, as long as there is no convincing proof of Sasquatch, that also means that it can't reliably be unproven.

In light of this, the search for Sasquatch will probably continue indefinitely. Unless, of course, that least likely outcome were to actually occur: that a body, or some other convincing physical evidence, does turn up... and what the results of such a discovery could be is another matter entirely.

The Recent “Flying Humanoids” of Arizona and Massachusetts