The Strange Creatures That Hide in Caves

In April 2009 the Russian newspaper, Pravda, revealed – in an article titled Russian scientists use Google maps to find yeti – there had been more than twenty sightings of Almasty [the "Russian Bigfoot"] by hunters in the forests of Kemerovo. Not only that, there were reports of strange, large footprints having been discovered in the depths of nearby caves: "Scientists found two identical yeti footprints. One of them was left on the rock and it dates back 5,000 years ago, and the other footprint which was left not long ago was found at the bottom of the cave.” Pravda spoke with one of the unnamed scientists, who said: “They are absolutely identical. Five thousand years ago yetis settled down in this cave and now their descendants are still living here. The conditions in the cave are suitable for yeti. The cave defends them from rains, snow and wind. There is also a lake in the middle of the cave where yetis can find clean water." The Almastys, however, are not the only mysterious creatures said to live in caves, as will now become apparent.

In terms of what is known about Gigantopithecus - a giant-sized, presumed long-extinct, ape - we have to travel back in time to a relatively recent period: the 1930s. The immense beast has the thorny problem of nothing less than male impotence to thank for its discovery. For years, Chinese herbalists and doctors have utilized fossilized teeth to create cocktails that, so they claim, can cure the embarrassing ailment of being unable to "get it up." Since the Chinese landscape is rich in fossilized bones, people have made significant profits from selling such items to apothecaries all across China. It turns out that in 1936 a German man named Ralph von Koenigswald came across a huge fossilized tooth – specifically a molar – in a Hong Kong apothecary. It was highly fortuitous that von Koenigswald was the man that made the discovery, since he was a paleontologist, and instantly recognized the significance of what had fallen into his lap. Not only was the molar giant-sized, von Koenigswald was able to determine it came from a primate – and a large one; a very large one.

In the immediate years that followed, von Koenigswald found further such examples and coined the term Gigantopithecus blacki – the former word standing for “gigantic ape.” In his 1946 book, Apes, Giants, and Man, Franz Weidenreich made the controversial assertion that Gigantopithecus may have been far more human-like than ape-like. Chinese scientists also got hot on the trail of Gigantopithecus during this same time frame. Then, in 1956, a massive jawbone of the huge ape was unearthed at a cave in Liucheng, China. The result was that, in a relatively short time, a great deal was learned about this previously unheard of hairy giant. That the discovery should have been found in a cave suggests the immense beasts may have hidden away from the early, primitive humans that existed all those thousands of years ago. Now, let's have a look at the story of a massive, dangerous snake.

CIA personnel based out of the American Embassy in Bolivia were used to dealing with unpredictable and strange events. But, even by their standards, the events that went down in August 1956, were off the scale. In the early days of the month, CIA staff received reports of a gigantic snake on the loose in a nearby, rarely explored, cave that was buried deeply within the mountainous, jungle environment. And when I say gigantic, we’re talking about somewhere between thirty and fifty feet long. Locals were killed by the huge snake. Some mysteriously vanished - but were very likely victims of the massive snake. The CIA stepped in and the creature was shot to death. It's a story that appears in John Ranelagh's book, The Agency. 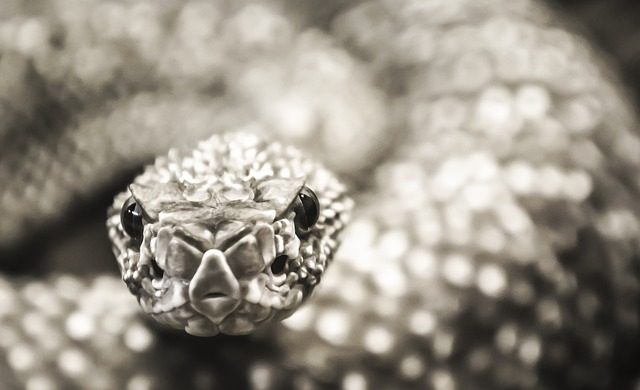 On March 27, 1907, the Nevada-based Reno Evening Gazette ran a story with the very eye-catching title of “Wild Man Startles People Of Kentucky.” The sub-title added even more to the eye-opening and jaw-dropping nature of the story: “Hairy Creature Seen by Farmhand, and Both Are So Scared That They Prepare to Run.”  The story began: "Information has been received here that the people in the country around Buena Vista, a village in Garrard County, are much excited over the reports that a wild man has high haunts in the Kentucky River hills near that place. A party is being organized to explore a cave where the creature is believed to have his lair and attempt to capture him." The cave was found. The creature was not.

In her 1933 book, Shetland Traditional Lore, the noted folklorist Jessie Margaret Saxby, wrote: "The Wulver was a creature like a man with a wolf’s head. He had short brown hair all over him. His home was a cave dug out of the side of a steep knowe, half-way up a hill. He didn’t molest folk if folk didn’t molest him. He was fond of fishing, and had a small rock in the deep water which is known to this day as the 'Wulver's Stane.' There he would sit fishing sillaks and piltaks for hour after hour. He was reported to have frequently left a few fish on the window-sill of some poor body."

Bizarre Cases of Collisions with UFOs