The Strange Story of a Dog On-Board a UFO!

I have to admit that I was inspired to write this article by one that good mate Rich Reynolds wrote a few days ago. The title of Rich's article is "Inside a UFO: Alien Abduction stories." Rich began: "In a response to a comment from DrDee for a posting further down in the cycle here, I mentioned that I read some remarks about 'seeing' or 'getting' inside a UFO to find a clue as to what they are or something more: what we’re dealing with, reality perhaps? The commentary I read came from a UFO group at Facebook, I think, which deals with things UFO-related, and referenced abductees - persons who think they've been kidnapped by ETs." Rich adds: "In the Barney/Betty Hill event, Betty alleged to have seen the 'star map' and a book, along with some observations of medical gear or lab-like appurtenances, plus entities." With that all said, I thought today I would share with you one of the strangest cases of seeing something out of place on a UFO. You would not believe what was seen. In this case, it was nothing less than a dog! Yes, you did read that right!

The case is as fascinating as it is weird. Let's take a look at it. The man in question was Alan Godfrey, a Yorkshire, England policeman. UFO Casebook say of the incident: "Police Constable Alan Godfrey was on patrol on the night of 28 November 1980. Just before dawn he drove along Burnley Road on the edge of Todmorden looking for some cows that had been reported missing. They were only found after sun-up, mysteriously relocated in a rain-soaked field without hoofmarks to indicate their passage. Giving up his nocturnal hunt, Godfrey was about to go back to base to sign off duty when he saw a large mass a few hundred yards ahead. At first, he thought it was a bus coming towards him that took workers to their jobs in town and that he knew passed about 5:00 a.m. But as he approached, he realized that it was something very strange. It was a fuzzy oval that rotated at such speed and hovered so low over the otherwise deserted highway that it was causing the bushes by the side to shake."

The Dark Histories Podcast reveal what happened next: "He pulled his car over and tried to contact the station on his police radio, after getting only static as a reply, he tried his personal radio, but once again, nothing but static filled the cars interior. This in itself was not altogether unusual, as driving through the valley, it was common to meet radio black spots and so PC Godfrey did the only thing he could think of doing as an officer of the law. He stepped out of the vehicle, pulled out his notepad and pencil and drew the object he saw as it floated noiselessly above the road surface, whipping up leaves around it in a silent vortex." The story continues: "As he continued to sketch out the object in the road, a blinding flash of white light filled his vision and the next thing PC Alan Godfrey could remember, he was continuing to drive the Burnley Road, twenty feet past where he had stopped to see the object." 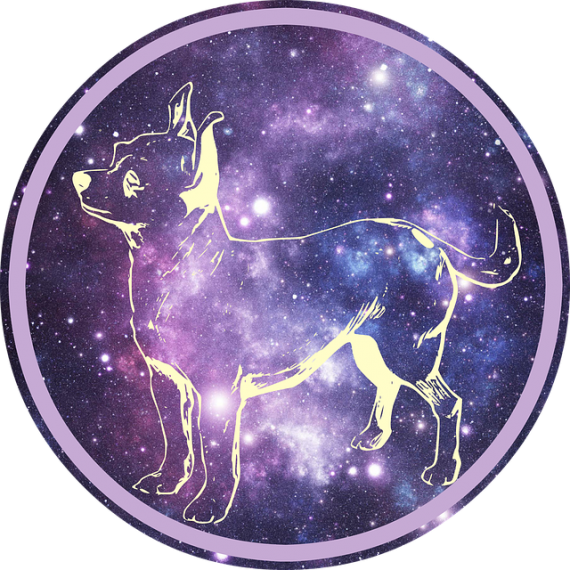 It was a classic case of alien abduction (whatever an alien abduction really is: a genuine case of kidnapping from the stars, hallucination, vision - the list goes on). The story got even stranger, however, when Godfrey went under hypnosis to try and figure out what had happened during that period of missing time. While undergoing hypnotic regression, Godfrey said that aside from seeing a human-looking entity on-board the craft, he also encountered a large black dog. He said: "Well, I think it’s a dog. Horrible. Just looks like a dog. Like the size of an Alsatian [Note: Alsatian is U.K. for a German Shepherd dog].”

This was not the first encounter Godfrey had with an anomalous hound. Years earlier, he had seen a ghostly Labrador. There was also an odd occasion – in the 1960s, and near Todmorden – when what seemed to be a woman with a large black dog stepped out in front of Godfrey’s vehicle, causing him to slam the brakes on. Both the woman and the dog vanished. It just so happens that Todmorden has in its midst centuries-old legends of what are known as the "Gabriel Hounds." They are akin to the UK’s wider, ancient, phenomenon of so-called "Phantom Black Dogs" of the kind that inspired Sir Arthur Conan Doyle to pen the Sherlock Holmes novel, The Hound of the Baskervilles. I said it was a strange one!