The Strange Story of Charles Darwin and the Glutton Club

The English naturalist, geologist and biologist Charles Darwin perhaps needs no introduction. Considered one of the most influential figures in human history, especially in the realm of science, he is mostly known for his theory of natural selection and for being instrumental in forging the science of evolution, of which he wrote in his seminal 1859 book On the Origin of Species. His ideas and contributions were revolutionary and have shaped the very foundations of life sciences at large, their impact immeasurable. Through his travels to exotic lands across the globe Darwin also propelled our knowledge of countless species of animals, uncovering the diversity of life of this planet of ours. Yet, for all of the species that Darwin studied and discovered, he also couldn’t stop eating them.

This penchant for eating exotic animals began when Darwin was a student at Cambridge, where he and some fellow students came up one day of the idea of starting what they called the Glutton Club. The aim of this club was simple- they aimed to eat “birds and beasts, which were before unknown to the human palate.” To this end they would meet once a week and dine on various animals that were unconventional as food, to say the least. They started off with mostly different types of birds, consuming a hawk, a wading, heron-like bird called a bittern, and others, which they would eat and then discuss the finer points of their taste and consistency. It was all in good fun and mostly started out of boredom, but the club actually didn’t last very long. On one occasion they tried brown owl and found it to be terrible, with Darwin saying the taste and texture “was indescribable,” and not in a good way. According to Darwin, the club members then decided to “concentrate their studies on the effects of the port accompanying their meat instead.” After this the Glutton club disbanded, but Darwin’s interest in eating exotic, unusual, and sometimes rare animals remained.

When he first started out as a naturalist, Darwin was heavily into beetle collecting, and he would sometimes try some of the insects he caught, but he really took his obsession with eating the animals he studied to a whole other level when he embarked on his pioneering voyage upon the HMS Beagle. This is Darwin’s most well-known journey, in which he conducted a tour of the word from between 1831–1836, including his famous visit to the Galapagos Islands, and during which he made some of his most important discoveries and would also get the idea for his theories on evolution. The voyage was also a veritable smorgasbord for the adventurous eater, and he could not resist consuming nearly as many animals as he classed and catalogued.

By all accounts Darwin ate his way through many species, some of them new to science, and his notes are peppered with his reflections on how they all tasted. He once tried the meat of a puma, which was better than he had expected and described as tasting “remarkably like veal.” Armadillo was “like duck.” A 20-pound, chocolate-colored rodent, which he did not name but which is presumed to have been an agouti, was apparently delicious, with Darwin noting that “it was the best meat I ever tasted.” He especially like eating the Galapagos giant tortoise, which he said had a “buttery taste.” Darwin and his crew often dined on tortoise, experimenting with different ways of cooking them and savoring different parts of the animals. He even tried drinking the contents of a tortoise’s bladder, of which he said, “The fluid was quite limpid, and had only a very slightly bitter taste.” Reptiles, birds, insects, you name it, Darwin made sure to eat it.

This was mostly looked upon with bemusement and a certain disgust by his crew mates, who would humor him by bringing him myriad creatures that they found and seeing if he would eat it and what he thought. This was mostly in good fun, but there was one time that this was nearly disastrous. In 1833 when they were at Port Desire, in South America, the men decided to go surprise Darwin with a special Christmas dinner of roasted rhea, which is a type of large, flightless bird native to the area, which is sort of like an ostrich or emu. Darwin was delighted and they all began to feast on the bird until the naturalist realized to his horror that their dinner was actually a smaller species called a "lesser rhea," which was still unclassified by science and which Darwin had been actively scouring the area for to find a specimen so that he could be the first to classify it. Luckily, he was able to salvage “the head and neck, the legs, and many of the larger feathers,” which he packed up and sent away to England. Whoops. 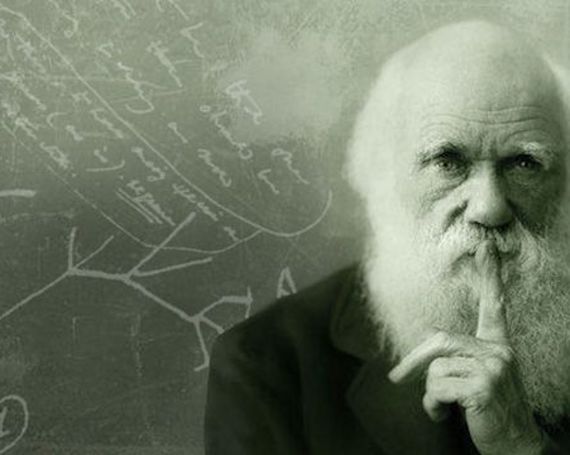 It may seem odd that a famed naturalist who is so fascinated with finding and classifying animals would want to eat them, but it is actually quite oddly common for biologists to try dining on the animals they study. In fact, Darwin wasn’t even the only famous naturalist who made a habit of eating his specimens. One of his contemporaries was the English geologist, paleontologist, and Oxford lecturer William Buckland, who was known as a very eccentric character indeed, often giving lectures to students on horseback and going to digs dressed in an academic gown. He also liked to eat pretty much anything that flew, swam, ran, skittered, or crawled on the earth. Buckland had an impressive menagerie of animal specimens, and was also a member of the British Society for the Acclimatization of Animals, which had its own version of Darwin’s Glutton Club. He claimed to have the goal of eating one of every animal in existence, and regularly ate such odd dishes as hedgehog, porpoise, panther, ostrich, crocodile, sea slug, kangaroo, and mouse, with his favorite food being mouse on toast and least favorite being bluebottle fly and the common mole, which were apparently very bad tasting.

This eating strange specimens seems to be a common habit with naturalists and biologists right up to the present day, and it just seems to be a thing they are sometimes prone to do. After all, who among us has not studied something so seriously and for so long that we have not wanted to see what it tastes like? No? Nobody? Oh well. The strange case of Charles Darwin and his never-ending quest to eat every creature he encountered is an odd little tale that many people who may not know too much about Darwin's personal life might not be aware of, and it is a fascinating, strange historical oddity orbiting one of the fathers of modern biology.

Psionics and the Death of the Unicorn Killer