“The trailer has arrived for Greenland, a movie that probably won’t do much to help you relax during this particular period. Gerard Butler and Morena Baccarin star in this disaster thriller, which follows a family’s fight to get to Greenland bunkers as comet fragments – preceding a big mofo – collide with the Earth. Roger Dale Floyd and Scott Glenn also star.”

At this point, most announcements of the release of the trailer for the upcoming comet disaster movie “Greenland” inserted a YouTube video of it and clickers watched it … for a day. Latecomers got this message instead: “Video unavailable. This video has been removed by the uploader.” (Try it yourself here.) What happened?

"They got it all wrong. There's a ton of fragments! Planet killers…" 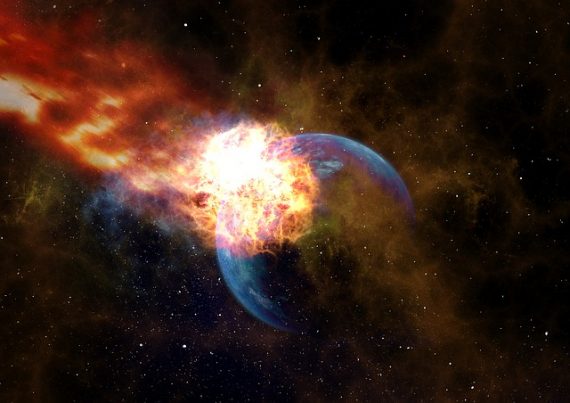 That 10-second ‘elevator pitch’ describes the plot of “Greenland,” which stars Gerard Butler (Angel Has Fallen) and is directed by Ric Roman Waugh (Felon, Shot Caller). A planet-killing comet is breaking up and threatening Earth, the media reports are inconsistent, panic ensues, humanity shows its best and worst sides as government breaks down and laws are ignored and people search for a safe place.

Does any of this sound eerily familiar?

“The trailer has some eerie similarities to what’s been happening in our real world, as many of us looked at those early reports of COVID-19 with little concern and the subsequent media info has been frustratingly inconsistent.”

Firstshowing.net gives one clue as to why the trailer may have been pulled. That reason can easily hide behind the obvious other coronavirus-related one – the June U.S. premier will be delayed by the lockdown. However, Ufohotspot.com gives another possibility:

“Talking about a comet breaking into pieces, according to the latest information from astronomers around the world, comet Atlas discovered on December 28, 2019 and it's close approach to Earth on May 23, 2020 might be breaking apart and is starting to fade.” 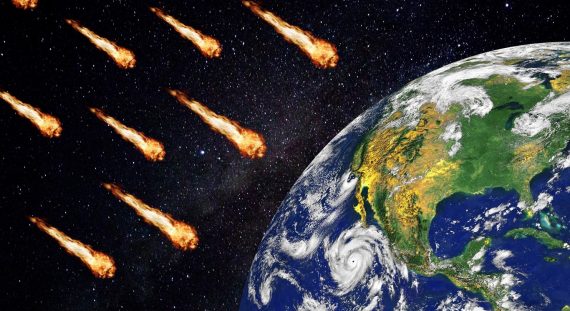 As of this writing, the interstellar comet Borisov is breaking apart and may not make it out of the solar system at all. At the same time, the highly-hyped "supercomet" Atlas -- whose icy center is only kilometers wide but whose atmosphere measures five times the size of Jupiter  and is being misleadingly described by many sites as “planet-sized" – is also breaking up and may not light up the sky and be visible to the naked eye as predicted. While these comets are too far away for any of their pieces to strike the Earth, the already terrified and confused world doesn’t need much to push it completely over the apocalyptic edge to suspecting their government is hiding the truth about these two comets in addition to the coronavirus – it doesn’t take many connected dots to see this picture forming.

Speaking of pictures and trailers, the Watchtower.org website has a foreign version of the trailer (at least as of this writing) that can be viewed here.

What do you think? Would you still see it?

The Chupacabra and its 25th “Anniversary”