UFOs and Aliens in Russian Waters

Russia is in many ways still mysterious land that many in the West consider to be rather murky and misunderstood. Buried within the files of the strange and paranormal there are numerous cases from Russia and the former Soviet Union that for whatever reasons have managed to slip through the cracks and remain forgotten conundrums that few people have ever even heard of, and some of these revolve around UFOs and alien beings in the frigid waters of this mysterious land. Here we will take a look at some remarkably odd accounts of UFOs and strange entities that orbit bodies of water in this secretive realm.

One very intriguing and spectacular account supposedly occurred in 1959 in what was then Soviet-controlled Poland. In February of that year, several witnesses in the area of a place called Gdynia observed a glowing light fall from the sky to go plunging into the frigid waters of the harbor, which was choked up with ice floes at the time. It apparently created quite a commotion at the time, and thinking that perhaps an aircraft had gone down there was a search and rescue effort launched with a team of divers. It was there down through the icy waters in the muck at the bottom that the divers would allegedly uncover a piece of shiny metal that had not rusted and was assumed to be part of whatever it was had come down out of the heavens.

According to the account, this metal piece was turned over to the Polish Navy, who made a preliminary examination of it before sending it off to the Polytechnic University of Gdynia, where it apparently vanished into  the mists of time. In the meantime, the Navy closed the whole area down and restricted access, but the weirdness was only just beginning. A few days after the object had come down into the harbor, it was reported that several military personnel came across what was described as a “strange silhouette humanoid” that appeared to be wearing a uniform of some sort and was apparently injured, with burns on its face and crawling along the beach in exhaustion, wet and seeming to have crept out of the water. The soldiers tried to communicate with the strange humanoid, which appeared to be male, but they were not familiar with the language he spoke. As he was obviously seriously injured, it was arranged to bring this being to the hospital, where it would get even stranger still. 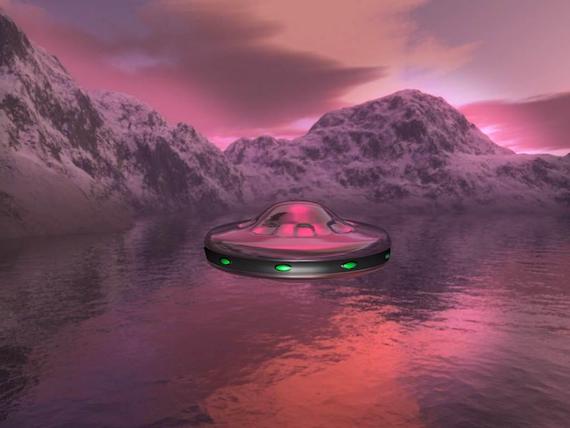 Once at the hospital it was immediately clear that this humanoid was weirder than anyone had thought. His uniform was made of some sort of strange metallic material that no one recognized, and no matter what medical staff did they seemed to be unable to remove it. The uniform had no discernible buttons, zippers, or any way to put it on or take it off, and the material it was constructed of apparently could not be cut or torn. In overall appearance he appeared to be almost identical to a human being, although there were anomalies, such as extra digits on his fingers and toes, and other minor differences that marked him as being not human. Doctors tended as well as they could to the burns on the being’s face, but when they removed an armband on the uniform he apparently went into some sort of cardiac arrest and died.

The body was sent in for an autopsy, and they purportedly needed specialized equipment to remove that odd uniform. When the body was examined, the humanoid was purportedly found to have a completely different circulatory system than human beings, as well as different organs. Unbelievably there was another of these creatures found on the same beach in the meantime, and this one apparently fell into a coma-like state and was placed in some sort of frozen stasis, the body whisked away and hidden somewhere. What happened to these two bodies and that piece of what is assumed was their crashed ship? No one seems to know. The case has been picked up by UFOlogists over the years and has been written of at length by UFO researcher Arthur Shuttlewood and others, but there seems to be very little to verify the story, no witnesses that have been interviewed, and it has the feel of being almost urban legend rather than anything else. However, one does wonder just what happened here, if anything.

An even earlier account of a similar type of apparent UFO crash into a body of water comes to us from November of 1928, at remote Lake Vedlozero, near Shuknavolok, in Russia’s Yaroslavl province. One evening an incandescent object spewing flames was seen to crash into the lake, and while this may sound like it surely must have been a meteor there would be a series of very strange sightings that suggested otherwise. Shortly after this object came down, people would begin to report seeing what they called “water goblins” in the lake or wandering along the shore, described as dwarfish beings with hairless rounded heads and long thin arms and legs. In some reports they were described as wearing metallic shiny one-piece suits of some sort. It is possible that these were misidentification of the seals that occasionally appear in the lake, but with very little other information on this case it is hard to say. 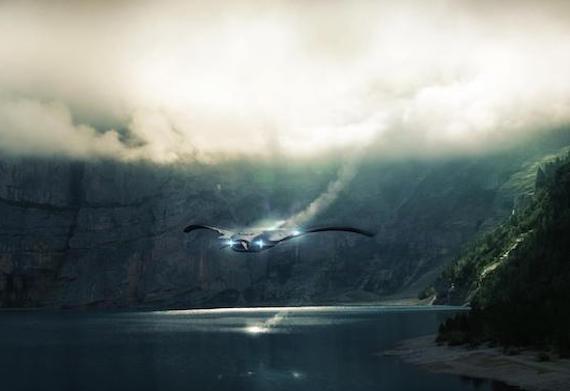 These are bizarre cases to be sure, but perhaps not quite as much so as what happened to a Russian submariner and diver named Nikolay M., as he was diving one day in 1997 in the Bay of Finland, in the Saint Petersburg region of Russia. Nikolay allegedly was diving in shallow water when he saw an elongated object on the bottom which was reminiscent of a cucumber. He at first took it to be a part of some sort of wreckage, and tried to get it to the surface by tying some old rope around it, but he was ultimately unable to budge the odd object. Undeterred, he decided to actually haul it out with his car, which was on shore and not that far away. He retrieved a pneumatic drill in order to drill holes in the thing to attack a sling to it, but when he started drilling into the object it began to issue forth streamers of a thick dark liquid like oil, which crept out into the water. In spite of this startling development, he kept pressure on the drill to go deeper, after which it stopped upon hitting something within. At this point the object reportedly split open to regurgitate a bubble containing a humanoid creature with porcelain white skin and a bleeding wound where the drill had apparently hit it.

The creature did not seem pleased, and fixed the diver with a malevolent gaze, after which it lashed out with taloned hands to grab his arm and cut into his flesh. Nikolay then supposedly used the drill to bore into his attacker, after which it let go and he lost consciousness. The next thing he knew, he was being dragged from the water by rescuers. It was found that he had sustained deep cuts on his arm and lost a piece of his hand, but there was no sign of the strange cucumber object or its bizarre, unearthly occupant. What did this man see? Was it some sort of cocoon? If so, for what? Nobody knows.

Of course when talking about weird alien and UFO activity in Russian waters it is only natural that Lake Baikal comes into it at some point. Lake Baikal lies in the Russian region of Siberia, between the Irkutsk Oblast to the northwest and the Buryat Republic to the southeast. At 5,387 feet (1,642 meters) deep and with a surface area of 12,248 square miles (31,722 square kilometers) it is the deepest lake in the world and the seventh largest by surface area. The lake is so large and so deep that it is estimated to hold 20% of the world’s unfrozen fresh water. The area has long been known for its UFO related weirdness as well. There have long been numerous reports of strange lights and alleged alien spacecraft over the lake, but perhaps the most interesting stories come from declassified Soviet era documents compiled on unexplainable incidents by the Russian navy under the command of deputy Navy commander Admiral Nikolay Smirnov. Although the documents are not completely focused on UFOS or even Lake Baikal in particular, the two make regular appearances and the documents mention numerous UFO related incidents and sightings around Lake Baikal nevertheless.

One such account describes how in 1958, a Russian TU-154 plane crashed into the lake’s frigid waters after allegedly being pursued by a UFO. Other reports come from various fishermen, who have seen strange lights hovering over the lake, cruising underwater or even spectacularly erupting from below the waves to shoot into the sky above. People have also reported UFOs rapidly descending from the heavens only to gently alight upon the surface of the lake and float like a boat. One of the most bizarre accounts related to aliens and UFOs at Lake Baikal allegedly happened in 1982, when navy divers in the lake reported encountering humanoid creatures that were dressed in silvery suits about 164 feet (50 meters) underwater. The report claims that three of the divers were killed when they tried to pursue the creatures and four divers were seriously injured. The Russian government denies that any of the accounts in their documents stem from otherworldly sources and maintains that everything described must have some natural explanation.

The reports of lights and humanoid creatures in Lake Baikal’s depths have, perhaps not surprisingly, led to theories that aliens could have underwater bases here, and there are other bizarre reports of strangeness in the lake that seem to somewhat support this far out notion. In 1977, a deep water submersible called Paysis was involved in scientific research operating at a depth of 1,200 meters in the dark, frigid water. At one point, the vehicle’s spotlight turned off and it was in complete darkness until a sudden bright beam shone upon it from an outside source. The blinding light reportedly remained fixed on the submersible for several seconds before flickering out and once more leaving the sub in cold blackness. It has never been satisfactorily explained what the source of the light was.

These are just a few of the many reports to come out of the secretive nation of Russia, where a lot of paranormal and UFO related accounts seem to just disappear before anyone has a chance to really look at them. It seems to be largely believed that for as elusive as many seem to think the West is with such reports, the former Soviet Union is perhaps even more so, such reports mostly confined to very murky waters indeed. What are we looking at with these accounts of underwater UFOs and beings that have been coughed up from the depths? Are these simply sensationalized accounts, hoaxes, or something more? It is hard to say, and as long as such accounts find their way to the light of day there will undoubtedly be discussion and speculation.

Have You Seen a Strange String of UFOs in the Night Sky Recently? You Aren’t Alone