A very unique planetary system was discovered with all six of its planets orbiting in almost perfect rhythm. The star, which is called HD 158259, is slightly larger than our own sun and is around the same mass. It is located approximately 88 light-years away from us and is orbited by one super-Earth (which is about twice the mass of Earth) and five mini-Neptunes.

An international team of researchers studied this system for seven years and took measurements using the SOPHIE spectrograph as well as the TESS exoplanet-hunting space telescope. By using this information, they calculated the orbits of all six planets orbiting HD 158259.

The fact that the planets are orbiting in an almost perfect rhythm makes it quite extraordinary. In fact, each planet orbits the star at a near 3:2 resonance with the next-closest one, meaning that every time a planet completes three orbits, the next one completes two orbits. Nathan Hara, who is from the University of Geneva (UNIGE) and is the first author of the study (which can be read in full here), explained this further, “This is comparable to several musicians beating distinct rhythms, yet who beat at the same time at the beginning of each bar.”

Their orbits are incredibly quick as it takes all six planets 2.17, 3.4, 5.2, 7.9, 12, and 17.4 days to complete an orbit around the star (starting from the closest to the furthest away). Even though all six planets orbiting HD 158259 are situated close together, they may not have been formed that way. For comparison, the distance from the star to the outermost planet is 2.6 times shorter than the distance from Mercury to our sun. 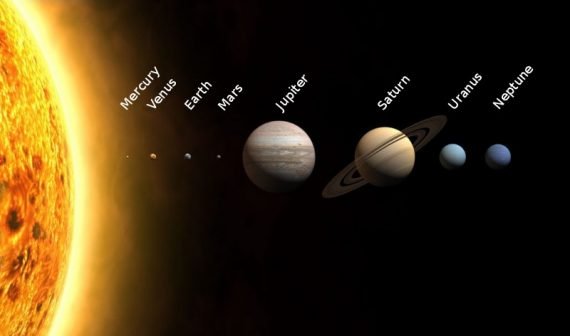 Stephane Udry, who is also from UNIGE and another author of the study, explained how this would have happened, “Several compact systems with several planets in, or close to resonances are known, such as TRAPPIST-1 or Kepler-80. Such systems are believed to form far from the star before migrating towards it. In this scenario, the resonances play a crucial part.”

Hara went into further detail by stating, “The current departure of the period ratios from 3:2 contains a wealth of information.” “With these values on the one hand, and tidal effect models on the other hand, we could constrain the internal structure of the planets in a future study. In summary, the current state of the system gives us a window on its formation.”