When Bigfoot Gets Downright Dangerous

For the most part, the Bigfoot creatures of the United States appear to be fairly placid and not a direct threat to us. That can change, however. And, on a number of occasions it has changed. Like most wild animals, the Bigfoot seem to be protective of their territories and of their offspring. Today, I'll share with you one of the most controversial and danger-filled cases on record. It all dates back to July 1924. The story surfaced in the pages of the Oregonian newspaper and must surely have amazed many of its readers. Possibly, more than a few readers came away downright disturbed. With that said, let us now take a look at that article. It states: "The strangest story to come from the Cascade Mountains was brought to Kelso today by Marion Smith, his son Roy Smith, Fred Beck, Gabe Lefever and John Peterson, who encountered the fabled 'mountain devils' or mountain gorillas of Mt. St. Helens this week, shooting one of them and being attacked throughout the night by rock bombardments of the beasts." 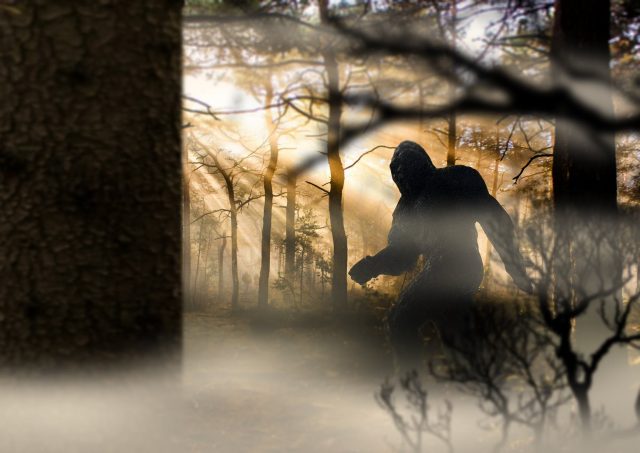 It should be noted that the term "Bigfoot" wasn't around until the 1950s. Yet, the references to "mountain gorillas"  - in the early 1920s, no less - demonstrate that knowledge of the legendary creatures goes back a long, long way. The story continues: "The men had been prospecting a claim on the Muddy, a branch of the Lewis River about eight miles from Spirit Lake, 46 miles from Castle Rock. They declared that they saw four of the huge animals, which were about 400 pounds and walked erect. Smith and his companions declared that they had seen the tracks of the animals several times in the last six years and Indians have told of the ‘mountain devils’ for 60 years, but none of the animals ever has been seen before. Smith met with one of the animals and fired at it with a revolver, he said. Thursday, Fred Beck, it is said, shot one, the body falling over a precipice. That night the animals bombarded the cabin where the men were stopping with showers of rocks, many of them large ones knocking chunks out of the log cabin, according to the prospectors."

Four decades on, Roger Patterson - of the famous and controversial Bigfoot "Patterson Film" of 1967 - had the opportunity to interview Fred Beck who, back then, was still alive, albeit elderly. Beck said: "I wanna tell you, pretty near all night long they were on that house, trying to get in, you know. We kept a shooting. Get up on the house, we’d shoot up through the ceiling at them. Couldn’t see them up there; you could hear them up there. My God, they made a noise: sounded like a bunch of horses were running around there. They was tall, they looked to me like they was eight feet tall, maybe taller, and they were built like a man, little in the waist, and big shoulders on, and chest, and their necks was kinda what they call bull necks." 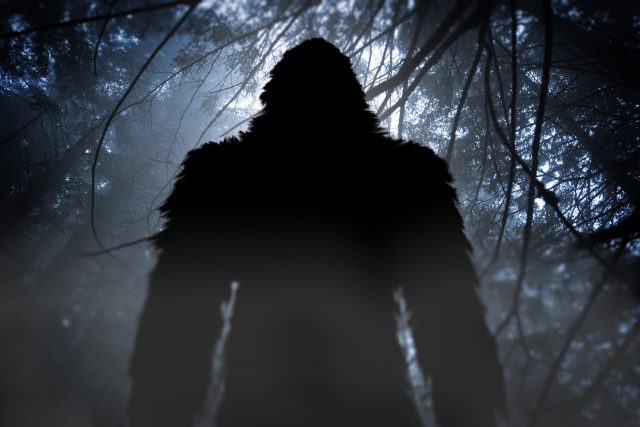 Beck added: "The only time we shot our guns that night was when the creatures were attacking our cabin. When they would quiet down for a few minutes, we would quit shooting. I told the rest of the party, that maybe if they saw we were only shooting when they attacked, they might realize we were only defending ourselves. We could have had clear shots at them through the opening left by the chinking had we chosen to shoot. We did shoot, however, when they climbed up on our roof. We shot round after round through the roof. We had to brace the hewed-logged door with a long pole taken from the bunk bed. The creatures were pushing against it and the whole door vibrated from the impact. We responded by firing many more rounds through the door.

"They pushed against the walls of the cabin as if trying to push the cabin over, but this was pretty much an impossibility, as previously stated the cabin was a sturdy made building. Hank and I did most of the shooting — the rest of the party crowded to the far end of the cabin, guns in their hands. One had a pistol, which still is in my family’s possession, the others clutched their rifles. They seemed stunned and incredulous."

In terms of how it all came to a halt, Beck explained: "The attack ended just before daylight. Just as soon as we were sure it was light enough to see, we came cautiously out of the cabin. It was not long before I saw one of the apelike creatures, standing about eighty yards away near the edge of Ape Canyon. I shot three times, and it toppled over the cliff, down into the gorge, some four hundred feet below. Then Hank said that we should get out of there as soon as possible; and not bother to pack our supplies or equipment out; 'After all,' he said, 'it’s better to lose them, than our lives.' We were all only too glad to agree. We brought out only that which we could get in our packsacks. We left about two hundred dollars in supplies, powder, and drilling equipment behind."

One of the most dangerous of all Bigfoot encounters was over.