When Bigfoot Runs on Four Limbs

Bigfoot: it’s a controversy-filled word that is instantly recognizable to just about one and all. The term "Sasquatch" is equally well known. And, regardless of whether one is a true believer, an open-minded skeptic, a definitive non-believer, or a semi-interested observer of the controversy, pretty much everyone knows what the word implies and describes: a large, hair-covered, ape-style animal that is said to roam, and lurk within, the mysterious, forested wilds of the United States. The number of people who claim to have seen a Bigfoot is, now, in the thousands. The beast has been the subject of big-bucks, hit movies, the most visible one of all being Harry and the Hendersons. Today’s world of reality television loves the legendary monster – viewing figures make that abundantly clear. It occupies the minds and weekends of monster hunters and creature seekers everywhere, each and every one of them hoping to be the person who finally bags a Bigfoot and, as a result, goes down in history. But, there’s more to Bigfoot than that. In fact, there’s far more. 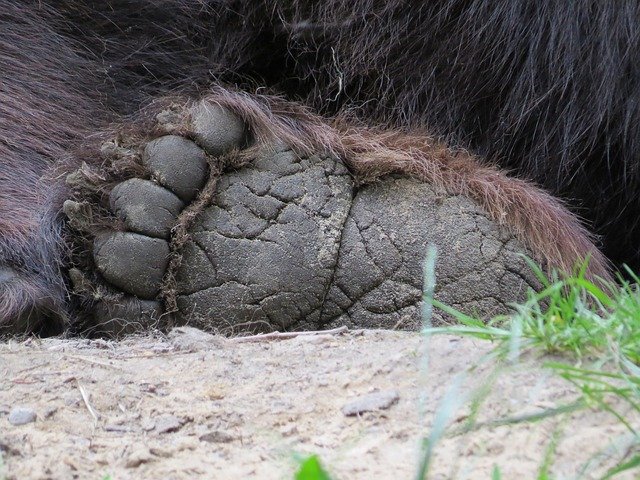 It’s a fact that giant, lumbering, hair-covered, upright creatures have been encountered in the United States for centuries, and long before "the B word" was even a dim blip on anyone’s radar. Native American lore tells of the legendary, and sometimes savage, beasts that were as feared as they were revered. Encounters with violent, so-called "wild men," of thick woods and ice cold, frozen mountains, were regularly reported in the pages of 19th Century-era American newspapers. There is, however, one Bigfoot-themed issue that most definitely doesn't get the attention that it really should. It's the matter of the Bigfoot creatures reportedly having been seen running on four limbs, rather than walking in a far more conventional, upright fashion. Bigfoot bounding along like our best friend, the dog? Admittedly, it sounds most unlikely. The fact is, however, that such cases (as rare as they certainly are) do exist.

In a 2008 article titled "Bigfoot sighting on Highway 101," journalist Linda Williams wrote: "During the height of the smoke from Mendocino Lightning Complex fires, a Laytonville man [Chris LoPinto] had an encounter with an apelike creature while driving north of Willits on Highway 101 near Shimmins Ridge Road. This animal stepped onto the southbound lane near where the guardrail stops, says LoPinto. 'It was very smoky and incredibly hot, at least 100 degrees but still daylight. It ran really fast, directly into the path of a small truck, which had pulled out to pass me, after the lanes had expanded from two lanes to four. The creature was completely black and looked all freaked out...'" Most intriguing of all are the following words: "As I was braking hard to make a panic stop the creature put its arms down and started running on four legs [italics mine], bounding across the freeway."

In his 2018 book, Bigfoot Nation, David Hatcher Childress shares the story of an intriguing series of  incidents that occurred in Roachdale, Indiana in 1972. The witnesses to the creature were husband and wife, Randy and Lou Rogers. For more than two weeks the creature was seen, late at night, around their farmhouse. Notably, as Childress states: "Both Randy and Lou said that the Bigfoot would stand on two legs but it ran on all four limbs [italics mine]." There is no doubt at all that cases of Bigfoot running on all fours are not reported regularly. And that's putting it mildly! Nevertheless, and despite the scarcity of such reports, perhaps we should pay further attention to some of these definitively "rogue" cases. In doing so, perhaps, one day, we will learn more about these strange and elusive creatures, whatever they may be.

The Sinister Story of an Evil Witch in Maryland