When Monsters And Mysterious Animals Get Too Close To Us

Monsters in and around our cities? Don't bet against it. There are a number of such examples. Let's begin with the story of a retired U.K. policeman who I was able to interview a number of years ago. According to the officer, while serving in the British Police Force (service that, he said, began in 1977 and ended in 1988), he heard two tales from colleagues of giant eels seen in the winding canals that run through the city of Birmingham. The incidents occurred around 1979 or 1980. In both cases, the witnesses reported seeing very large creatures – the first, amazingly, around twenty feet in length, and both "very dark" in color. Needless to say, if the physical details described in the first encounter were not exaggerations on the part of the witness, then it was without doubt a definitive monster. 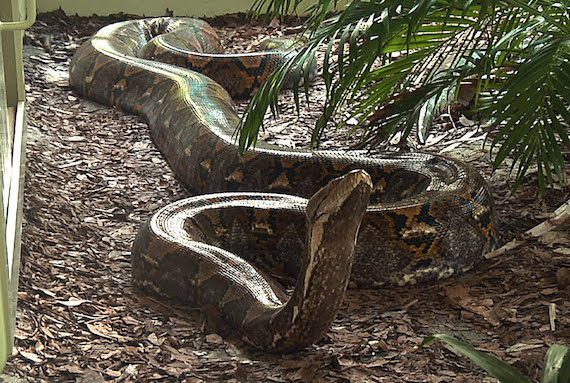 Although such stories have not been proved to be genuine, it is a fact that a dead, eighteen-foot-long python was found in the U.K.'s Grand Union Canal in May 2016. The man who discovered the immense creature was Sebastian Bishop. He told the media: "As I passed under a bridge on the stretch at Aylestone I saw a long slim shape just under the water. I went to investigate and prodded it with my paddle. I lifted part of it up and was shocked to see it was a snake. I dragged it towards the bank with my paddle. When I got out and dragged it on to the grass, it just kept coming and coming. I could not believe how long it was. I reckon it was about 18ft long." Sebastian added: "I have been kayaking along the canal for about three years now and it is the most unusual thing I have found." Interestingly, the Grand Union Canal links to the canals of the aforementioned city of Birmingham. This makes me wonder if the alleged huge eels seen back in the late 1970s or early 1980s were actually pythons. Admittedly, it would be very unlikely that large numbers of pythons would be able to survive the cold, winter weather of the U.K. But, who knows? Nature often presents us with surprises.

Moving on, there's the weird creature of Central Park, New York City. An assistant-manager at a certain, prestigious hotel that overlooks the park, Barry told me that on the day in question – which was a sunny weekday in either June or July 1997 – he was strolling through the park, while on his lunch-break. All was utterly normal until, as he approached one particularly tree- and bush-shrouded area, he was shocked to the core when out of nowhere an unknown animal burst wildly through the foliage. Barry claimed to me that the creature was man-like in shape and covered in hair of a distinctly rusty color – but, unlike the towering Bigfoot of the west-coast, it was little more than three-feet in height. Little-Foot might have been a far better term to use, I mused, as I listened to the very odd tale. He could only watch with a mixture of shock and awe as the diminutive man-beast charged across the path in front of him at a distance of no more than about twenty feet, came to a screeching halt for a couple of seconds to stare intently into his eyes, and then headed off at high speed again, before finally vanishing beneath a small bridge inside the perimeter of the park, no less. 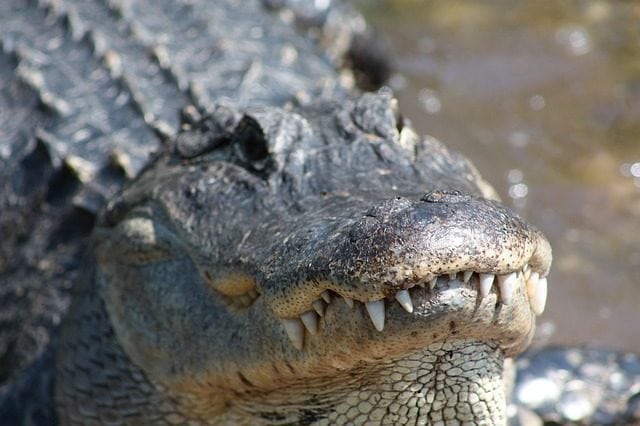 Perhaps the most terrifying of all dangerous animals are those that we know exist. And, when they are right under our feet – as in literally – they become even more fear-inducing. Take, for example, the alligators of New York. We’re talking about those immense, bone-crunching beasts that lurk deep within the myriad, winding sewers and subways beneath the Big Apple. Most people assume that the stories of New York’s people-eating alligators are nothing more than the stuff of myth and urban legend. The stark truth is they could not be further from the truth. Proof that alligators have been on the loose in the city for decades was provided way back in February 1935 by none other than the New York Times. The story was spelled out in an article titled “Alligator Found in Uptown Sewer: Youths Shoveling Snow See the Animal Churning in Icy Water.” As the newspaper noted, the gang of boys, led by Salvatore Condoluci, actually managed to capture the approximately seven-foot-long animal and beat and stabbed it to death, after it was seen lurking in the sewers on 123rd Street, close to the Harlem River.

For more than three decades, Teddy May was the Commissioner of Sewers in New York. He has gone on record as stating that he heard tales of alligators roaming the sewers of the city as far back as the 1930s – the same time-frame in which the New York Times reported on the violent encounter at 123rd Street. May conceded that he took little interest in the reports, since he felt it was all a case of folklore and legend, and certainly not reality. As the reports grew in number, however, May decided that enough was enough and it was time for him to take a look for himself at what – possibly – was going on way below New York. To May’s amazement and terror, after descending into that darkened, mysterious, subterranean realm, he stumbled upon a number of significantly sized alligators swimming in the sewer waters. The stories, he instantly realized, were not just stories, after all. Not surprisingly, May beat a hasty retreat.