According to legend, in the early part of the nineteenth century a "Wolf Girl" roamed the banks of the Devil’s River near Del Rio, southwest Texas. The girl’s mother had died in childbirth, and her father, John Dent, was killed in a thunderstorm while riding for help. "The child was never found, and the presumption was that she had been eaten by wolves near the Dents’ isolated cabin," wrote Barry Lopez in his book Of Wolves and Men. Lopez said that a boy living at San Felipe Springs in 1845 had reported seeing several wolves and "a creature, with long hair covering its features, that looked like a naked girl," attacking a herd of goats. A hunt commenced and on the third day the girl was duly cornered in a canyon.

A wolf with her was driven off and finally shot when it attacked the hunting party. The girl was then bound and taken to the nearest ranch, where she was untied and locked in a room. That evening, however, a large number of wolves, apparently attracted by the girl’s loud, mournful and incessant howling, approached the ranch. The domestic stock subsequently panicked, and in the confusion the girl succeeding in making good her escape. According to Lopez, the girl vanished for seven years. In 1852, a surveying crew exploring a new route to El Paso allegedly saw her on a sandbar on the Rio Grande, far above its confluence with Devil’s River. “She was with two pups. After that, she was never seen again.” This wasn't the first case of its type, however. 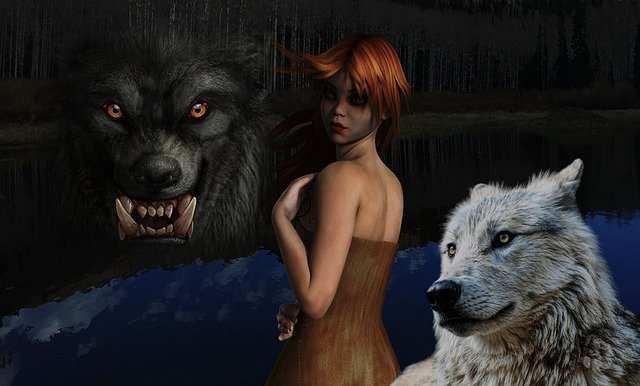 Back in the 1830s, a wave of terror gripped the people of Sublime, Texas. It is situated between the cities of Houston and San Antonio. On numerous occasions, fear-filled locals reported seeing a wild character that became known as the Wild Man of the Navidad. Typically, the encounters occurred in fields and woodland, and ended with the wild man making good its escape. Whatever the truth of the mystery, the wave of sightings came to an abrupt end – although, over the decades, and even centuries, a few, further, sporadic reports surfaced from Sublime. The story of Sublime’s Wild Man surfaced occasionally in books, magazines and periodicals – and certainly most prominently of all within the pages of J. Frank Dobie’s 1938 book, Tales of Old-Time Texas, which was published by the Texas Folklore Society.

On the matter of how and why some people apparently turn wild, we have to focus our attentions on Jon Downes, who runs the U.K.-based Center for Fortean Zoology. Jon shared his thoughts with me: "One of the things that interest me – and I’m going out on a limb with this; it’s not something most cryptozoologists agree with – is that the veneer of civilization of man is very, very thin. Just look at the ways in which otherwise perfectly normal men will behave when they go to war. Look at the way mobs behave. I believe that all over the world, at various times – including Britain - there have been people that have regressed back through the layers of society and civilization. In some cases of so-called 'feral children,' they have been found with a fine down of hair all over their bodies. This is something that is quite well known, and is something that can appear in conditions like anorexia, or where, for whatever reason, a person is very malnourished. They start to develop fine hair on their bodies, under certain circumstances." 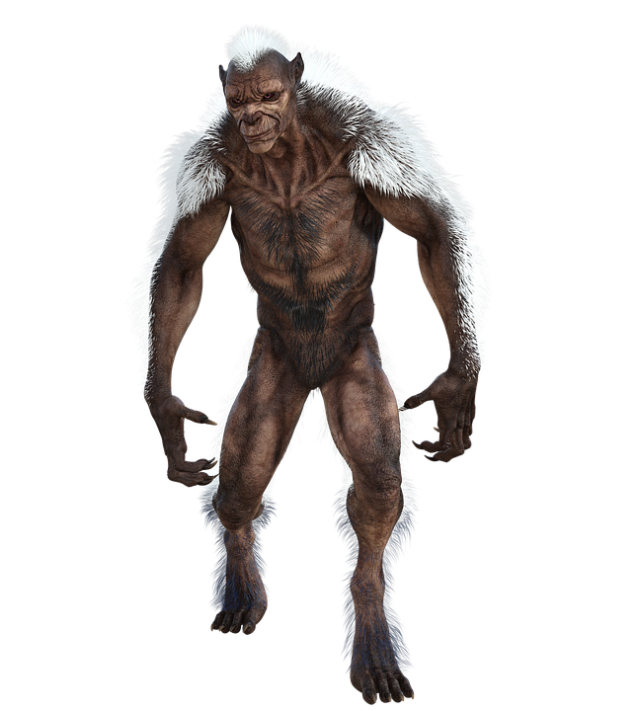 The hair to which Jon refers is called Lanugo Hair. Starvation, whether by choice or circumstances, can cause a person to develop a fine "coat" of hair, one which is particularly noticeable on the legs, face, back, and chest. On occasion, rather significantly, given the nature of this book, the hair can take on a furry appearance. It is a direct by-product of the loss of fat. As starvation overwhelms the body, fat levels decrease. Since, in part, fat helps to insulate us from the harshness of cold weather, the body over-compensates for its loss of fat by creating a new form of insulation: Lanugo Hair.

Jon concluded: “I think it is quite possible that you may have had situations where individuals - in earlier centuries and in Britain and elsewhere - may have been cast out of their village. Maybe they were just mentally ill, but the people of their village were in fear of them, so they were banished to the woods or whatever. They may have lived in the wild from then on, eking out primitive existences, and who being malnourished, may have developed fine hair over their bodies that then gets coated and matted with mud and leaves, and suddenly you have legends of wild men. They may have even bred if there were groups of them. And it wouldn’t surprise me at all if, maybe, this led to at least some of the legends of wild men in Britain, but not all of them. They may well have been people who went wild, but who were not primitive people, as such." We could make a good case that what Jon referred to in relation to the U.K., could also apply to Texas in the 19th century.