Why I Think Some Lake Monsters Are Thought-Forms

I recently wrote an article here at Mysterious Universe on the matter of Tulpas (also referred to as thought-forms) and those entities that I think could be Tulpas. The list included the Black Eyed Children, the Slenderman, and the Men in Black. As I noted in the article: "The website Tulpa.info provides this: "A tulpa is an entity created in the mind, acting independently of, and parallel to your own consciousness. They are able to think, and have their own free will, emotions, and memories. In short, a tulpa is like a sentient person living in your head, separate from you. It’s currently unproven whether or not tulpas are truly sentient, but in this community, we treat them as such. It takes time for a tulpa to develop a convincing and complex personality; as they grow older, your attention and their life experiences will shape them into a person with their own hopes, dreams and beliefs." 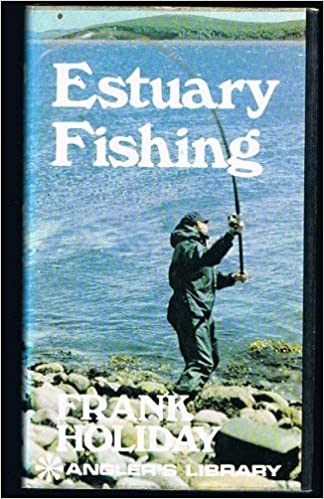 Today, I'm going to share with you my thoughts on why I believe that at least some lake monsters are very likely to be Tulpas. A few years ago I was able to get my hands on a number of pages of decades-old documents and reports collected by the late F.W. "Ted" Holiday. He was the author of more than a few books, including Fishing in Wales, Estuary Fishing, The Dragon and the Disc, The Goblin Universe, and The Great Orm of Loch Ness. Contained in that old batch of material was a write-up from Holiday of a lake-monster encounter that dated back to the latter part of 1968. The case is quite a well-known one in the field of Cryptozoology. But, it was good to see some of those original notes. The primary witness was Stephen Coyne, who encountered the beast at Lough Nahooin, Ireland. I'll share with you the contents of Holiday's papers and then I'll explain why I think what Coyne encountered was a Tulpa/thought-form. Holiday wrote:

"At about seven on the evening of 22 February 1968, Stephen Coyne went down to the bog by the lough to bring up some dry peat. With him he took his eldest son, a boy of eight, and the family dog. Although the sun had set it was still quite light. On reaching the peat-bed beside Nahooin he suddenly noticed a black object in the water. Thinking it was the dog he whistled to it; however, the dog came bounding along the shore from behind. On seeing the object it stopped and started barking. He then saw that the object was an animal with a pole-like head and neck about nine inches to a foot in diameter. It was swimming around in various directions. From time to time it put its head underwater; two humps then came into view. Occasionally, a flat tail appeared. Once this came out near the head which argued length and a high degree of flexibility. The thing was black, slick, and hairless with a texture resembling an eel." 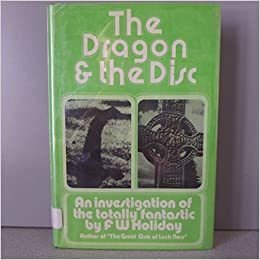 Holiday continued: "The dog’s barking seemed to irritate the monster and it began to move in-shore, its mouth open. However, when Coyne strode over to support his dog it turned away and resumed swimming around this little lough. At about this point the little boy ran home to bring his mother to see the strange beast. When Mrs. Coyne and the children returned the Peiste [which is Irish terminology for a lake-monster] was still busily patrolling the tiny lake. Both Mr. and Mrs. Coyne agreed that the creature was about twelve feet long and both agreed they saw no eyes. Mrs. Coyne told us that she noticed two horn-like projections on top of the head. Whereas she thought the thing approached as near as four to five yards, her husband felt that the nearest point was about nine yards. Both agreed that the mouth was underslung in relation to the snout and neither of them saw any teeth. Coyne described the mouth-interior as 'pale.' To and fro before the seven members of the Coyne family strutted the Nahooin dragon. As dusk was setting they finally left it and made their way home over the bog."

Coyne's account is both intriguing and mysterious. Most lake-monster-based encounters occur in large bodies of water. Loch Ness, Scotland, for example, is approximately 22-miles-long. Then there is Ogopogo, the unidentified animal of Lake Okanagan, British Columbia, Canada. The lake is an impressive eighty-four-miles long. Lake Champlain - the home of the famous lake monster known as Champ - is 107 miles in length. Even a fairly large lake monster would have no problem hiding out in such gigantic bodies of water. All of which brings us back to the matter of the Coyne encounter of 1968.  I have no doubts that Coyne saw the creature that he said he encountered. There is, however, a big problem. Lough Nahooin is roughly one hundred yards by eighty yards. And its depth is barely twenty feet. And that's all. As for the monster itself, it was around twelve feet in length. The notion that a significantly-sized unknown animal could lurk, swim and live in such a small body of water - and not be seen until 1968 - is crazy. Unless, that is, we take the position that the monster was just a temporary entity - a Tulpa that was quite literally there one moment and gone the very next.

The Mysterious Hanging Coffins of China