When looking for a planet outside of our solar system that could support life, the most common first criteria for eligibility is for it to be in the so-called ‘Goldilocks zone’ – a range of distance from a planet’s star where the temperature is life-supporting, at least for life forms similar to Earth. Unfortunately, our telescopes aren’t powerful enough to see whether even the closest exoplanets have land masses separated by bodies of water, atmospheres that are suitable for life or even winds that are slow enough not to blow all life forms up against barriers like bugs into windshields. Will, that last obstacle has been hurdled by a researcher at Bucknell University using the Spitzer Space Telescope. Has she found an exoplanet that will figuratively knock us off our feet with physically doing it as well?

"Since the magnetic field originates deep in the planet, or in this case brown dwarf, the radio data allows us to determine the interior period of rotation. When you have an interior rotation rate and an atmospheric rotation rate, you can compare them to see how fast the wind is blowing."

Dr. Katelyn Allers is a professor of physics and astronomy at Bucknell University and the lead author of a new paper published in the journal Science on her new technique for measuring wind on brown dwarfs – those strange space objects that are bigger than gas planets like Jupiter but have a density and lack of nuclear fusion that eliminates them from the star category. Often called rogue planets, they come in more colors than brown and can have other planets orbiting them, but some, like HR 2562b, are classified as giant exoplanets themselves. In the university press release announcing the paper, Allers explains how the now-decommissioned Spitzer telescope allowed her team to measure wind speeds on brown dwarf 2MASS J1047+21 over 33.2 light years from earth.

“We can't see the clouds themselves, but when a cloud rotates into view or out of view, it changes the brightness of the planet.”

That gave them a reading on the atmosphere. Then they used radio wavelength data to measure the rotation of a planet's magnetic field.

"When you have an interior rotation rate and an atmospheric rotation rate, you can compare them to see how fast the wind is blowing."

Then, as they say, you do the math. They found the speed of the wind on 2MASS J1047+21 to be 650 meters per second or 1,450 miles per hour. Since the fastest wind gust ever recorded on Earth is 253 miles per hour during Typhoon Olivia at Barrow Island, Australia, it’s unlikely there’s any life clinging to the rocks on the brown dwarf to keep from being blown into space. However, the technique is applicable to measuring wind speed on regular-sized planets. 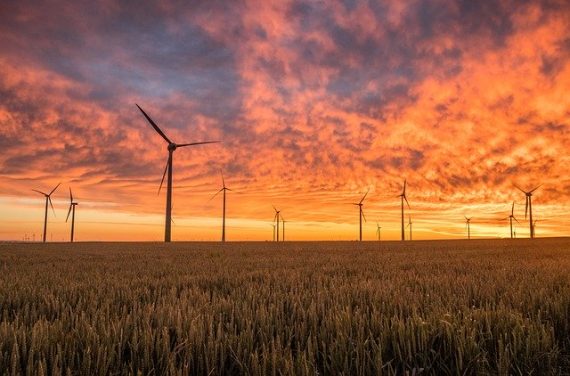 A note: if one searches for more information on the research of Dr. Katelyn Allers, it will reveal that she’s one of two women who accused famous astrophysicist Neil deGrasse Tyson of sexual misconduct. In her case, she says he was looking at the tattoo of the solar system on her shoulder and went looking/groping for Pluto. Tyson was investigated by his employer, the American Museum of Natural History, and allowed to keep his job as director of the Hayden Planetarium. You’ve probably seen him on TV. Dr. Allers gets hate mail and threats. I'm happy to give her the recognition she deserves for the fine work she does in her field. We need more female scientists.