A Strange Incident at Bonney Lake

In the spring of 1959, a U.S. Air Force C-118, now called a Douglas DC-6, was doing training runs at McChord Air Force Base, also called McChord Field, in Pierce County, Washington. On April 1, the large cargo aircraft was doing take offs and landing training, particularly what are called “touch and go” landings, after which the plane would circle back around and do another run. On this day the plane had a very experienced crew, with seasoned pilot 1st Lieutenant Robert Roy Dimick, his co-pilot 1st Lieutenant Thomas E. Lasater, and flight engineers Technical Sergeant Guy J. Cunningham and Staff Sergeant Arthur T. Foote. Everything was going to plan and it was all considered to be pretty routine stuff, but then something very odd would happen that would launch this plane into an obscure but fascinating oddity of UFO history.

During one of the landing runs, the plane was told to hold off and let some approaching fighter jets land, so Dimick brought the aircraft into a holding pattern over nearby Bonney Lake while they waited. At some point during this holding pattern, which was a mundane maneuver the pilot had done many times before, the pilot allegedly suddenly made a panicked radio call, saying “We’ve hit something or something has hit us.” The plane then quickly lost altitude as the pilots struggled to maintain control, finally clipping some treetops in the surrounding wilderness, which heavily damaged the wing. The plane would then continue limping on, spewing flames the whole way, and finally come down just outside the town of Orting, killing everyone on board.

For the Air Force, there was nothing mysterious about it. They officially explained the crash as due to pilot error and a misunderstanding between the plane and ground control over who was tracking its altitude, all compounded by the fact that it was very dark and there were no ground lights in the wilderness they were over. For the Air Force is was just a tragic accident, move along, nothing to see here. However, some odd details would begin to emerge that seemed to point to something far stranger. In the days after the crash, some locals claimed that they had heard what sounded like sonic booms at around the time of the accident, and there were also some reports of seeing strange lights in the sky in the weeks before and even on the evening in question. When combined with the claim that the pilot had said they had hit something, this started to spawn rumors that the plane might have actually collided with a UFO. According to some researchers, the plane also did not seem to hit the ground at an angle, as one would expect, but rather it has been claimed that it seemed to have almost come down vertically, as if pushed down from above. Also, according to some witnesses there were sinister efforts by the military to quiet local officials in Orting from talking about it.

Pushing it all further into the realm of conspiracies is the fact that the original report on the incident seems to have had two whole pages redacted from it, and numerous requests for the information have allegedly been denied time and time again. Why should that be if this was a simple training accident involving pilot and ground tower error? Also, the doomed plane was flying in calm conditions on a routine run, and suddenly radioed a collision, before going down to take the lives of all aboard. With all of the reports of the lights and sonic booms and other strangeness surrounding this case, is it all as the Air Force says it was, or is there something else more mysterious going on here? 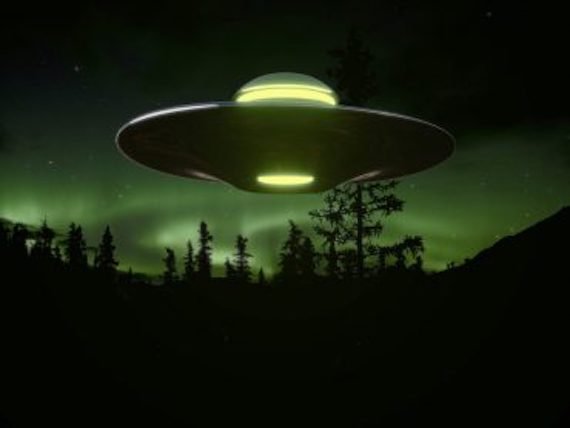 The case of the Bonney Lake incident is fairly obscure, but has all the makings of an intriguing case. What really caused that plane to go down back in 1959? What did those men potentially witness out there while soaring over that swath of wilderness? What did that call mean that they had hit something? What could that have been and how does that tie into the official explanation? Why the redacted pages? Although the military claims it was all an accident, these oddities and discrepancies have made sure that the case has still generated discussion in some circles, and considering we will probably never really know the full story it seems destined to do so for some time to come.