Trojans are a group of asteroids that orbit with a planet and are located either at the leading or trailing Lagrangian points (either 60 degrees ahead or 60 degrees behind the planet). Jupiter has by far the most Trojan asteroids with more than a million of them, while Neptune has 22 Trojans, Mars has 9, Uranus has 2, and even Earth has one that’s named 2010 TK7. 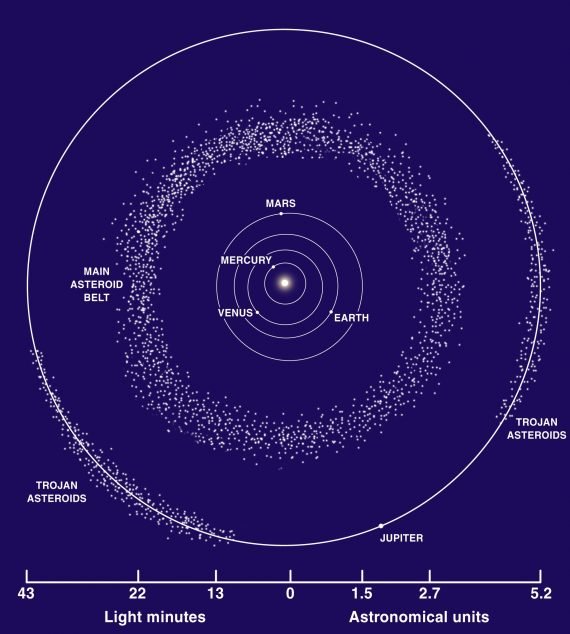 2019 LD2, which orbits ahead of Jupiter, has a comet-like tail, meaning that it’s currently active and this is the first time ever that scientists have made such a discovery. Alan Fitzsimmons, who is an astronomy professor at Queen’s University in Belfast, explained how incredibly fascinating this discovery is, “What makes 2019 LD2 so interesting is that we think most Jupiter Trojans were captured billions of years ago,” adding, “Any surface ice that could vaporize to spew out gas and dust should have done so long ago, leaving the objects quietly orbiting as asteroids — not behaving like comets.”

He went on to say, “We have believed for decades that Trojan asteroids should have large amounts of ice beneath their surfaces, but never had any evidence until now.” “ATLAS has shown that the predictions of their icy nature may well be correct.”

Fitzsimmons and his colleagues studied data captured by ATLAS that revealed the asteroid’s comet-like tail that was created by gas or dust. When the asteroid traveled behind the sun, it couldn’t be observed from Earth until the latter part of 2019 and into the early months of 2020. When 2019 LD2 was observed again in April of this year, it still had its comet-like tail. The data from ATLAS strongly suggests that it has been active on a continuous basis for nearly an entire year. 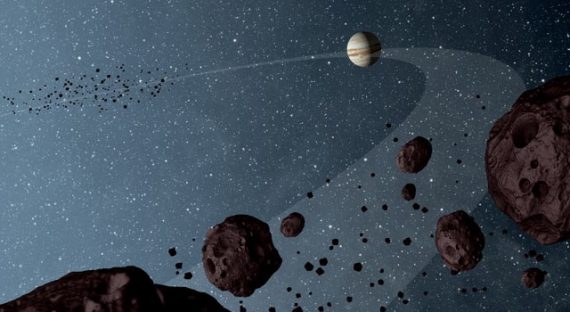 As for what made the asteroid comet-like in nature, the astronomers offered some suggestions, “Maybe Jupiter captured it only recently from a more distant orbit where surface ice could still survive. Maybe it recently suffered a landslide or an impact from another asteroid, exposing ice that used to be buried under layers of protective rock.”

While it’s not entirely certain as to what caused the comet-like tail, one thing for sure is that it’s an incredibly unique and fascinating space discovery. A press release detailing the discovery as well as pictures of the Trojan asteroid can be seen here.