Extremely rare tiny pieces of rock art have been discovered in a shallow Australian cave and they are believed to have been made by children. The art was found in the Yilbilinji rockshelter which is located in northern Australia’s Limmen National Park. While it’s been known for a long time that the site has been traditionally owned by the Marra Aboriginal people, the small rock art was only discovered a few years ago in 2017.

Aboriginal rock art that dates back thousands of years consists mostly of large stenciled pictures, so when the very tiny images that measure less than 4.7 inches long were discovered, they were definitely rare. In fact, it is so rare that miniature stenciled rock art has been found in only two other locations: Nielson’s Creek in New South Wales and on the Indonesian island of Kisar.

The tiny art is among approximately 300 larger images found in the cave. The larger pictures were created by spray painting objects – such as boomerangs, animal parts and hands – that were made by holding stencils against the surface. The tiny images were much more complex as they couldn’t have been made by using ordinary items. It is believed that these images are between 400 and 500 years old.

Archaeologist Liam Brady, along with several of his colleagues (including Marra and Park Rangers), studied 17 of the miniature images that included animals, humans, geometric shapes, and boomerangs. Other motifs included a freshwater turtle and an echidna. Brady explained the significance of what they discovered, “We have found the largest concentration of these images anywhere in the world,” adding, “We wanted to know how they were made and what they might mean.”

The team of experts found that the pictures were probably created by using a material that could have been molded and simply stuck to the rock’s surface. They noted that previous anthropological studies had concluded that kids often used beeswax to create small objects like horses and cattle. With that information in mind, the team attempted to find out if the tiny stencils could have been made from beeswax. 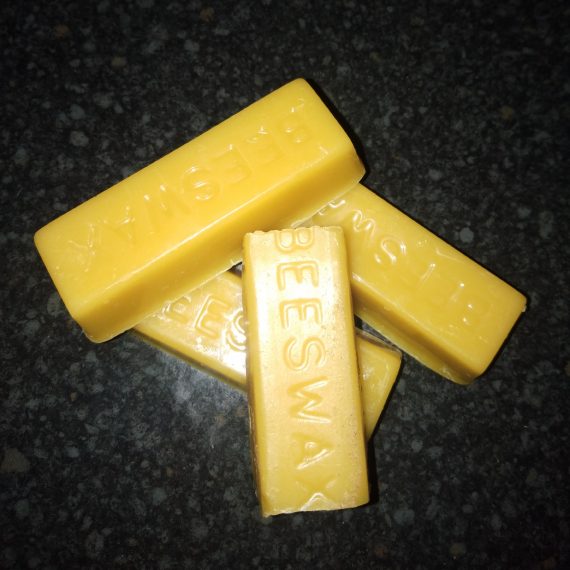 For their experiment, they heated up the beeswax and were able to shape it in different ways which proved that the substance could very well have been used to create the stencils. “Our experiments show how important the role of precision, carefulness, time and effort are in decorating and inscribing the landscape with symbols,” Brady stated. He went on to say, “The Marra were making these miniature stencils in their landscape that is filled with the memories of their ancestors who continue to care for it.” Several pictures of this rock art can be seen here.

Since the children often used beeswax as a creative art, they could have used the stencils as practice for when they were old enough (and tall enough) to make the bigger images. And considering the fact that the tiny art was found at about the same height that a child would stand at, the evidence definitely points towards kids making the rare miniature rock art by using beeswax stencils. Now that’s what you call talented. Their study was published in the journal Antiquity and can be read here.