This week I’ve done 7 or 8 radio shows and podcasts on my new book, The Rendlesham Forest UFO Conspiracy. More than a few people in Ufology have said that no-one in Ufology (apart from me LOL) believes in the “secret experiment angle.” Really? I could reel off a whole bunch of people who suspect the experiment angle is the genuine one. But, for today I’ll go with a perfect, right-on-target statement on this issue of a non-alien theory. It comes from long-time UFO researcher/writer Jacques Vallee. He said on Rendlesham/Bentwaters: “The Bentwaters case is a classic. At the landing site, they had a mix of ordinary guards, officers, sentries and so on – they all had orders to go to the site under a scenario. And that’s not what would have happened if the encounter were real – if a strange object landed on the base you wouldn’t be sending out a hundred people without weapons. The thing has all the earmarks of being staged for the benefit of the witnesses, so that they could be studied and the reactions of the different psychological types and of different ranks could be studied. And when you think about it, it’s not that weird [italics mine].”

Vallee concluded: ” If you were in charge of a project like that, you’d have to test it in conditions where nobody is danger and you can get the data you need. In cases like this one – not many but a few of them – that I investigated, I had to conclude that these were tests of virtual reality projectors.” There’s another angle too: the matter of holograms. In my book I suggest the events in Rendlesham Forest in December 1980 did not involve aliens. Rather, it was all a ruse in which sophisticated  holograms were used – for reasons along the lines Jacques Vallee suggested above. This week, I’ve been asked time and again something like this: “Why are you the only one talking about this hologram scenario?” This is particularly crazy, because that theory first surfaced way back in 1991! And is know by just about every Rendlesham researcher. 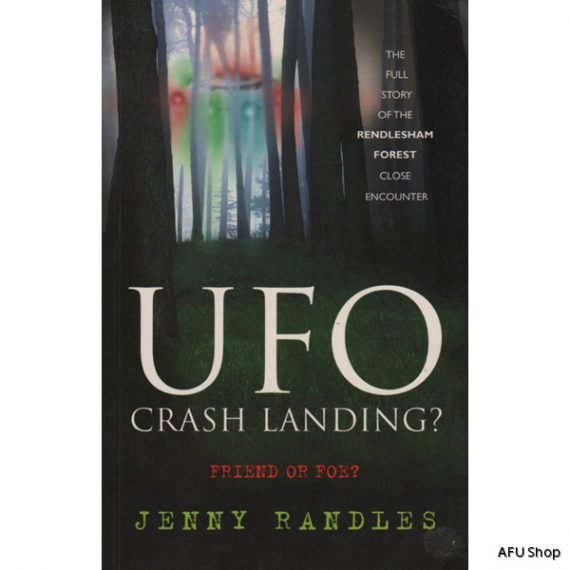 It’s certainly not every day that you get to meet with a pair of Edward Snowden-style whistle-blowers from the U.S. Department of Defense. But, incredibly, that’s exactly what happened to UFO researcher/writer Ray Boeche on November 25, 1991. The location, however, was not a dark and shadowy parking garage – as per the story of “Deep Throat” in Bob Woodward’s and Carl Bernstein’s hit book of 1974, All the President’s Men. Rather, it was a pleasant restaurant in the Lincoln Marriott Cornhusker Hotel in Lincoln, Nebraska. I guess you’ve already got a good idea of what the two guys wanted to talk about. Along with various and sundry theories concerning the UFO phenomenon, it was those mysterious woods on the other side of the world and what went down deep within them in December 1980. Ray said: “I found it interesting that they would mention Rendlesham at the meeting. They said there was a sense that this was maybe, in some sense, staged. Or, that some of the senior people there were more concerned with the reaction of the men, how they responded to the situation, rather than what was actually going on. That this was some sort of psychotronic device – a hologram – to see what sort of havoc they can wreak with people. But, even if it was a type of hologram, they said it could interact with the environment. The tree marks and the pod marks at the landing site were indications of that.”

UFO investigator/author Jenny Randles had a good, solid, working relationship with Ray Boeche. She, too, addressed the matter of what Ray’s secret informants told him back in 1991. On the matter of those claims pertaining to highly sophisticated holograms, Jenny stated, in her 1998 book, UFO Crash Landing?: “This is a device which manipulates the subatomic basis of matter at a quantum level and builds a bridge between mind and physical substance. If I understood it correctly, this supposedly stimulated the mind into having vivid hallucinations but, at the same time, created physical effects in the real world which could take on a semblance of the appearance of the hallucinated images. What was seen was mostly in the mind – but it was not entirely without physical form and partially substantial in the same way that a hologram is real, but has no weight or solidity. The result is a terrifying apparition.”

In 2000, Georgina Bruni’s book on the Rendlesham controversy surfaced. It was titled You Can’t Tell the People. Georgina was certainly not a full-on believer in the theory that the incidents in the woods were nothing but the results of top secret human experimentation. She stressed to me that she viewed the hologram angle as a theory to be studied. Georgina was, though, incredibly generous with her information on this angle – and quite open to sharing with me what she found concerning a secret, domestic explanation for Rendlesham. Even if she didn’t fully buy into it, Georgina was happy to help when and where she could. Georgina also said to me that Ray Boeche’s informants “explained that holography and Fourier transforms are a way of separating an image from its object, the viewing of the image at a distance. In essence, they claim the world is a hologram composed of interference patterns which can be altered by disruptive static frequencies. They believe the human brain is part of this hologram and as such it is capable of performing its own Fourier transforms. However, they concluded that the human brain is unreliable, whereas a psychotronic device, much like a computer, would be able to exert an exact effect on animate and inanimate objects.”

Finally, there’s Encounter in Rendlesham Forest, a book published in 2014 and written by Nick Pope, John Burroughs and Jim Penniston. On the angle of a secret experiment for Rendlesham, they said in their book: “Suggestions as to how such an exotic test could have been accomplished include hallucinogenic drugs, mind control, and holographic technology.” What all of this tells us is that (A) the hologram controversy has circulated for almost thirty years and (B) it has appeared in almost all of the Rendlesham-themed books that have been published since the 1990s; albeit to small degrees. And, if people tell you that no reputable ufologist buys into the “secret experiment” angle,  refer them to Jacques Vallee’s words at the top of this article.

The Sinister Tale of a Metal-Fanged Serial Killer