If you’re a thrash metal fan, you’ll probably recognize those lyrics from "The Devil Incarnate," (listen to it here) a song on the album “The Art of Dying” by Death Angel. However, even if you’re not a fan of the genre nor the band, you can still appreciate the irony of the story of the band's drummer, Will Carroll, who contracted the coronavirus, fell into a coma while on a ventilator and, after miraculously recovering, remembers going to hell and meeting the real devil incarnate. Do you think he’ll ever play that song the same way again? Place your bets now.

The nurse staring down at him ignored Carroll, but he was ‘dead’ serious. Carroll entered San Francisco’s California Pacific Medical Center in early March suffering from symptoms of COVID-19. Other band members were sick too – they had just returned from a European tour with fellow thrashers Testament and Exodus – but none as serious as Carroll, who was placed on a ventilator, where he suddenly became comatose and his heart failed. Carroll was moved to intensive care in critical condition and stayed that way for two weeks, according to Dr. George Horng, a CPMC pulmonologist.

“He still was near the limits of what we could do with our supportive care, and we were very worried about him. He wasn’t getting worse, but if he were to get worse, there wasn’t much more that we could have done.”

It was during this time that the Death Angel drummer confronted the being who inspired many of his band’s songs … well, kind of. According to the San Francisco Chronicle:

“While in the coma, Carroll said he had dreams of visiting the afterlife. He saw himself leave his body and plummet down to hell, where Satan — a woman in his case — punished him for the deadly sin of sloth, morphing him into a Jabba the Hutt-like-monster who vomited blood until he had a heart attack.” 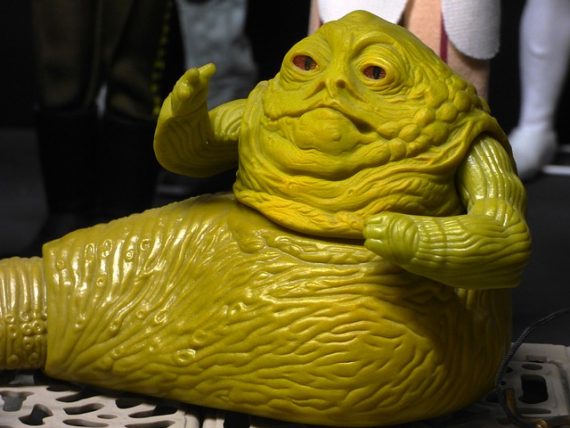 Sloth? Jabba the Hutt? OK, Will Carroll isn’t exactly slender (pictures here and here) and he does have the obligatory shoulder-length hair, but he and the band can hardly be described as lazy. Death Angel is considered to be one of the top thrash metal bands working today, they have eight albums (including a 2019 Grammy nomination), they’ve been a respected opening act for other major bands and survived a tour bus crash that critically injured their original drummer (shades of the Spinal Tap curse?). Carroll admits he's lived the rock star life, but the visit with the devil has convinced him to switch from booze and bongs to hard cider and pot edibles.

“I’m still going to listen to satanic metal, and I still love Deicide and bands like that. As far as for my personal life and my experience of what I went through, I don’t think Satan’s quite as cool as I used to.”

Did Carroll’s own satanic encounter scare him out of the coma? The staff at CPMC can’t explain his recovery. They had tried everything from hydroxychloroquine and azithromycin to the experimental drug remdesivir and nothing worked. Dr. Horng said they finally just flipped Carroll on his stomach to improve his oxygen intake and that may have initiated his recovery. Was that when, in his Jabba the Hutt form, he started vomiting blood?

Carroll doesn’t know, but perhaps the lyrics to Death Angel’s “Word To The Wise” resonated in his comatose head as he confronted what looked to him like the real Devil Incarnate:

if hopelessness is what you see it's what you'll get
believe in today because the fight isn't over yet
our sons and our daughters will live if we never say die
shame when the ones who have wings don't use them to fly...

The Strange “Greys” of Ufology: Are They Manufactured?