“It is a very difficult time for everybody, the coronavirus has created a lot of fear and a lot of negativity. There is not a lot of positive stuff around at the moment – that’s the kind of thing that dark forces use to their advantage.”

Just when you began to breathe easier because the coronavirus cases are going down in your city while businesses slowly open back up, an exorcist warns that another ‘invisible enemy’ is moving in … and this one can’t be fought off with a face mask or a hand sanitizer – unless it’s blessed or made with holy water. The UK’s only Buddhist exorcist (yes, Buddhists believe in exorcisms – more on that later) is warning that the “dark forces” are here and he’s the guy to call. Let’s hope he has a lot of memory in his voice mailbox.

“Although there have been a lot of acts of kindness and messages of support throughout this pandemic there has also been a lot of frustration and anger and these can be breeding grounds for demons and negative energies. This can lead to demonic energy that builds and feeds on the human emotions which over time can incubate into a demonic consciousness once that happens things can get worse very quickly.” 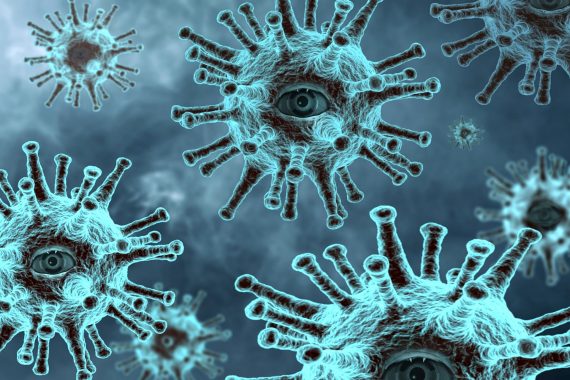 Buddhist exorcisms sound almost like housecleaning – in fact, Tibetan Buddhism has a traditional Exorcising-Ghost day on the 29th of the 12th Tibetan month, when the 'Gutor' ritual is performed to drive out the past year’s negativity, bad luck and evil spirits. Temples and monasteries host religious dances and the words of the exorcism are repeated by all Buddhists. Devlin obviously provides non-Ghost-Day exorcisms of people who believe they may be possessed by demons, evil spirits or even just severe negativity that can’t be identified. As he tells The Daily Star, he’s expecting a lot of calls.

“A vast majority of demonic possessions come from human emotions.”

Especially the negative ones brought on the by the stresses of coronavirus fears, economic anxiety and lockdown frustrations. Devlin is also a therapist, but he’s anticipating more than simple pandemic counseling, so he’s not removing pandemic-induced demons over the Internet.

“They can lash out at the hosts family and cause much damage. I feel it would be unfair for the family to be left to deal with that. If it was a life or death situation then obviously I would have to make that call. There is a fear around at the moment but the best way to fight fear is with positivity.”

If you’re not possessed but would like some help with negative energies in your house or when you go back to the office, Devlin offers home and workplace healing sessions for £65 ($80). On a smaller scale, he also blesses cars, planes, gardens, etc. for £35 ($43). And for what sounds more like a non-Ghost-Day Buddhist cleansing ceremony, you can get that for £45 ($55). If you’ve priced conventional therapy sessions recently, Devlin sounds like a bargain. If you still feel negative afterward, you’re not out much and he’ll probably refer you to a medical health professional for the more “accepted” treatment. 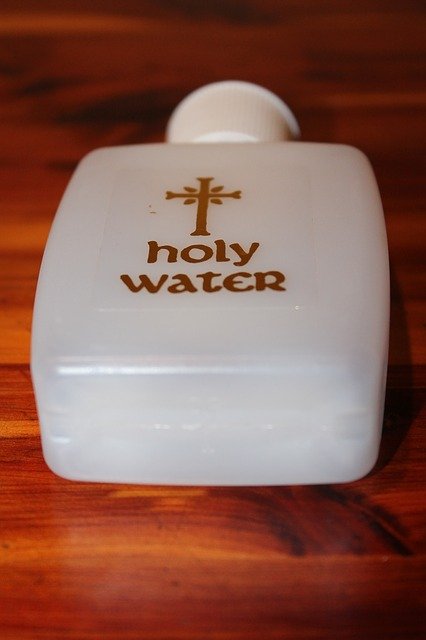 Devlin isn’t the only exorcist concerned about pandemic demons. Italian Catholic Archbishop Carlo Maria Vigano tried a mass exorcism on the day before Easter because “the Evil One” is taking advantage of the pandemic and “has gone into a frenzy and multiplied his attacks to tempt souls into sin." With churches closed and social distancing being practiced, conventional Catholic exorcisms calling for hands-on contact sound almost as scary as the coronavirus, so mass exorcisms seem to be the way to go. Unfortunately, these attempts have been tried before (Mexico tried one, as did Poland – how are things in those countries?) and don’t seem to have the desired effect.

Maybe we can send Paul Devlin to the Space Station for an orbital exorcism. Or get Zoom expanded to hold an 8-billion-person meeting.

A Mystery at Sea: The Strange Vanishing of the Godard Family