The search for alien life has been one of the last great frontiers. We push out into the dark reaches of space desperately seeking any sign that we are not a lone rock with the only life in the universe. There has been much discussion of what form they would take, what their intentions would be, and how we would communicate with these creatures. Yet, what if they are not creatures at all, but rather highly advanced, sophisticated robots?

There are several possible forms that robotic aliens could take. A much-discussed possibility is that they might be essentially drones sent by their extraterrestrial masters. This makes a lot of sense, as we ourselves use probes to explore the reaches of our solar system and beyond, places where it is not practical or possible to send manned missions. If aliens simply wanted to check us out or scout our planet, why go through all of the trouble, resources, and danger of traversing light years of space with a living crew when you can just basically send a drone instead? This idea has been toyed with in UFO circles and one idea is that they are already here, and that UFOs themselves could really be just drones sent from across the sea of stars. As to their intentions, they might be here to take samples or collect scientific data, study our kind, or perhaps even be used as a way to make contact with us. After this, perhaps the operators of the drones might decide to pay a visit themselves, and one can only hope it is for friendly reasons.

Another possibility is that these robots could be the aliens themselves, and this could play out in a few ways. In one scenario they could be AI intelligences that either coexist with or have usurped their biological creators. This could be due to what is often referred to as a technological singularity, which is basically a hypothetical point in time when technological growth reaches a point of no return, uncontrollable and exploding at a rate faster than we can keep up with, disrupting society as we know it in ways we may not even be fully able to predict. In the case of AI, this accelerating growth could spawn a superintelligence that would upgrade and improve itself at an astronomical rate, beyond that of its creators’ ability to monitor or control, quite likely gaining self awareness in the process. Such an intelligence could very well self-replicate and spawn others, a race of AIs eventually turning against their biological originators to destroy them and continue on, possibly for millions of years to the point that the original species of their planet is a faded memory relegated to fossils and history books. It makes sense, as it would be the next step up in evolution from the confines of biology, and robots would be perfect for the rigors of space and the vast distances involved with travelling to other worlds. 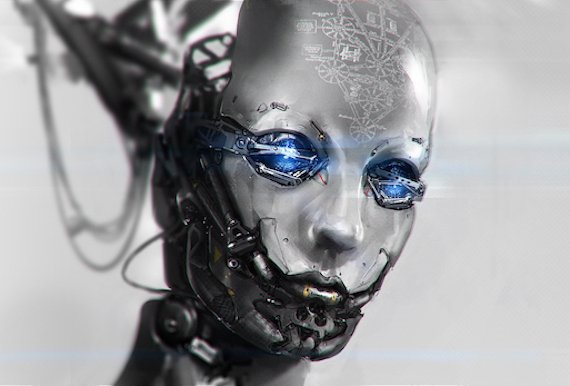 Looking at how fast technology is progressing here on Earth, there are many futurists and writers who believe that not only is such a singularity possible, but that it is inevitable. Some of the leading minds in AI and the future of the planet, such as Nick Bostrom, Vincent C. Müller, and Elon Musk, predict that this will happen for us within the next few decades, and great minds like Musk and the renowned Stephen Hawking have long told of how the rise of artificial intelligence will most likely lead to our downfall. If this hypothetical situation is an inexorable byproduct of technological advancement, it could even mean that robotic civilizations that have gotten to the stage of travel across the stars could significantly outnumber biological ones and be the dominant type of civilization in the universe. Even more frightening than this, perhaps technologically advanced biological races reach this singularity or destroy themselves before they ever have time to reach the stars to any appreciable degree, essentially leaving all space faring intelligent races to be robotic artificial intelligences. One Professor Susan Schneider from the University of Connecticut and the Institute for Advanced Studies at Princeton thinks that this would be the norm, and that such robotic alien civilizations could feasibly be even billions of years old, and has said:

Even if such AI intelligences did not violently overthrow their masters and cause a robotic apocalypse or seek to replace them like in a science fiction movie, it is possible that they could at least outlast them. Planetary cataclysms, changing climates or environments, drought, famine, and diseases would all mean nothing to them. Their makers could wither away and die or kill themselves in war to fade into history as their robotic creations went on to inherit the planet and become a spacefaring civilization of its own, again perhaps even forgetting over the eons that there were ever even biological creators at all. They could very well believe that they are the original life, and have lost all sense of ever having had other intelligences come before them. To them their original creators could be mere myths and legends. 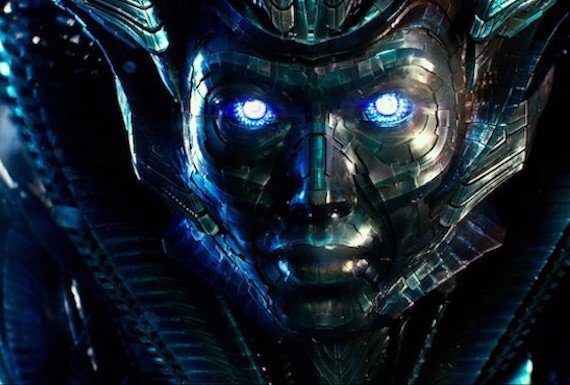 Yet another possibility is that the robots are, in a sense, their own creators. The idea here is that the original species that designed these robots have merely downloaded their own consciousnesses into these new forms. It is not a new idea, thrown around in science fiction for quite some time now, and looking ever more possible as our technology makes leaps and bounds. It seems only a matter of time before someone on Earth attempts this, so it is not completely far-fetched to think that a super advanced race would have already perfected the process. They may have decided to take on a robotic form from a desire to be immortal, to escape harsh conditions on their planet, to move on to the next evolutionary step, or any number of other reasons we will probably never understand. They may even do it specifically for space travel, downloading into robotic bodies for these excursions to withstand the rigors of covering such vast distances and eliminating the need to operate life support systems, sort of like a super advanced spacesuit, while their physical bodies remain behind in stasis. In the end, the idea here is that these are just robots in physical form, with the minds of living entities inside them.

If aliens were actually AI robots, it poses a few potential problems if we ever met them. Our way of thinking and interacting with the world around us is heavily influenced by our biological processes, needs and our physiology, so how would a self-aware robot with none of these biological cues think? Would we even be able to comprehend what they are saying to us or what their thought processes are? This would also affect their intentions towards us, as what would a race of robots think of intelligent biological organisms and how would they react to us? If they were purely, coldly logical it might make sense for them to just wipe us out, unless they wanted to study us for some reason. This poses the question of why they would even want to come here in the first place, and with a purely robotic intelligence this might be hard to fathom. Whatever their motivations are, we could only hope that after millions or even billions of years of self-awareness they might have developed a sense of empathy and altruism, but this seems it would be far less likely with robots than it would for biological organisms, because again, altruism and empathy are often seen as traits that at the heart of it evolved at least in part from biological needs. Would a race unfettered from these have a need for such things? Who knows? 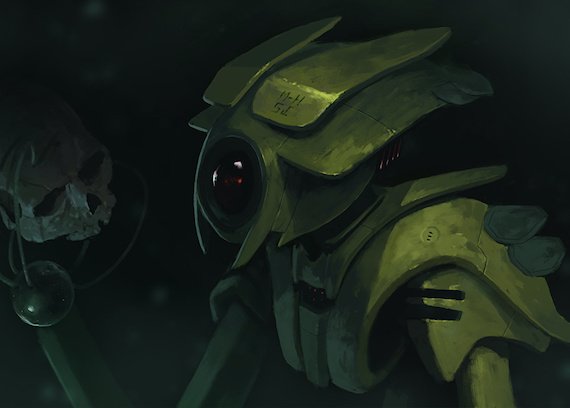 There is also the problem of communication with these robots. Besides the fact that their thought processes would be far different than ours, would we be able to communicate with them in any conventional sense? We already have a lot of possible hurdles to overcome with communicating with aliens, but with robots would it even be possible at all? They could be so far beyond the usual biological communication methods and have minds that work so amazingly fast and are so far beyond our own capabilities that we might not even comprehend them. Perhaps mathematics could provide some common ground, but if their minds were so advanced it still might be hard to find a way to relate to each other.

In the end, this is of course all speculation, but based on current trends in technology on our planet and our own increasing use of robotics, it seems more than plausible that other intelligent civilizations should do the same. What happens after hundreds, millions, or even billions of years of this inexorable progress? We can only guess, and wonder if, instead of alien creatures we might run into the robots they have made, or have even been replaced by.