During this extended period of coronavirus lockdown, people have been heard complaining about being confined with their spouses, children and pets. Count your blessings … things could be worse. How about an ax murderer? At least the cops might be able to help you there. What if the ax murderer was a ghost? And he brought along his victims, who may be upset that the murderer overshadowed their memories? And he may be angry because marijuana is becoming legalized. Wait … what?

“I guess you could say I’m getting to know my roommates.”

Master of the understatement Kurt Schleicher is currently in lockdown in a nice home in Tampa, Florida, that once belonged to the Licata family: Michael, his wife Rosalia, their daughter Providence and their sons Jose, Philip and Victor. On October 17, 1933, police were called to the home and discovered that everyone in the family had been killed with an ax … except Victor. In an early act of mass media hysteria, the police reported that lead suspect Victor had been “addicted to smoking marijuana cigarettes for more than six months” and he suddenly became the poster boy mad mass murderer for anti-marijuana crusades, culminating in the now-hilarious propaganda film, “Reefer Madness.” 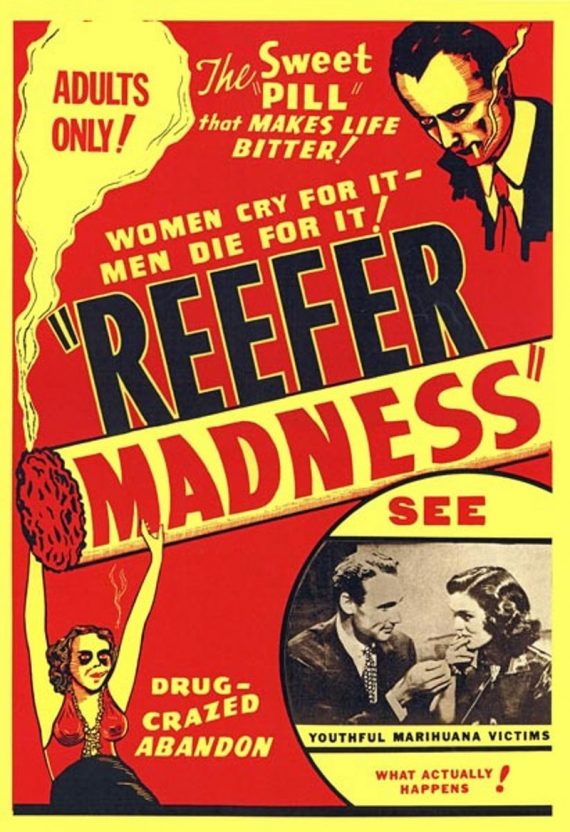 “They left this earth in a stressful way, they were murdered while they slept, and their time was cut short, so I understand where they’re coming from.”

While the media conveniently forgot about the victims and focused on Victor (who was committed to a mental hospital, escaped, was recaptured and hanged himself), poor Kurt Schleicher hasn’t. he told The New York Post that he feels a presence in the house, hears unexplained knocking and has felt a “cold brush of something” in the bathroom.

“I’ve checked the air conditioning vent and it doesn’t blow where the chill is and there is no draft coming from outside."

His dog feels something too – he told The Tampa Bay Times it barks at the bedroom where the mother and one child were murdered. And his wife takes advantage of her business being so essential that she can spend her time in the office, where it’s cold and lonely but there aren’t any ghosts. Kurt is left to wander around the house endlessly, which has given him the time to find what look like ax marks on the windowsills – not exactly the comforting thoughts that he needs.

While Kurt assumes it’s the Licata family haunting his home since it’s where they were murdered, a case can be made for Victor’s ghost coming back as well. Although he acted confused when he was found by the cops hiding in a bedroom, he denied ever using marijuana and his “psychotic” behavior, violence and alleged hallucinations have never been symptoms of marijuana usage. Nonetheless, editorials and politicians decried “the poisonous mind-wrecking weed” and the case was key to passing the Marihuana Tax Act of 1937 and the Uniform State Narcotic Act, thus forever linking Victor Licata to “refer madness.” 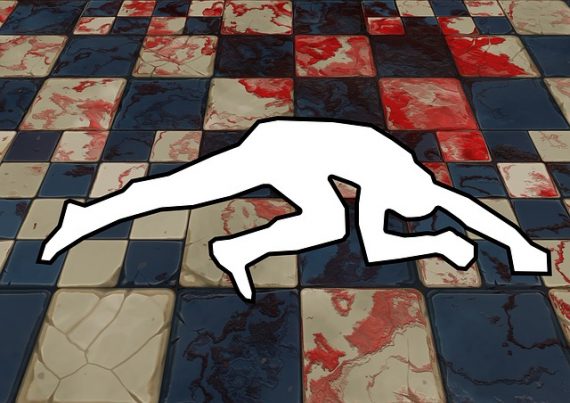 One more thing. There was actually a string of ax murders in Florida in the 1920s and 1930s, leaving at least 19 people dead, including the Licata family. One theory (detailed at the Reefer Madness Museum) is that Victor was also a surviving victim of another ax murderer and that further affected his psychosis, not the use of marijuana. As is generally the case, the police had a suspect in custody (Victor) and didn’t need any questions or interference in closing the case. Could this have brought Victor’s ghost back to the house?

Kurt Schleicher has lived in the Licata family house for two years. He doesn’t appear to be interested in moving and, once the lockdown ends, he plans to continue to stay there and run his business. Nor does he seem interested in bringing in a paranormal expert to help identify the ghosts. In other words, it’s not as bad as what other people locked down with spouses, kids and relatives are experiencing.

Maybe he should light a joint and see what happens.

When the Phantom Black Dogs are Accompanied by People