Haunted “Twilight” Movie Doll Seemingly Moves On Its Own

The doll that was created to portray Bella and Edward’s half-human, half-vampire daughter Renesmee in the movie The Twilight Saga: Breaking Dawn – Part 2 is said to be quite haunted. It is so creepy looking that the cast and crew members of the movie nicknamed the doll “Chuckesmee”. In fact, it was so unnerving that it was never used in the movie and was replaced by a real life baby with CGI-enhanced features.

Bill Condon, who was the director for both of the Breaking Dawn movies, explained in a 2012 interview just how frightening the doll actually was. “Chuckesmee was a giant misfire on all fronts,” he said, adding, “Truly, it was one of the most grotesque things I’ve ever seen. It was a horror show! There was one shot where I call, ‘Cut!’ and suddenly she turns her head and mechanically stares right into the camera. It was incredibly disturbing.” Producer Wyck Godfrey agreed that the doll wasn’t a good idea as he called it “one of the most grotesque animatronic babies ever to not be seen on film.”

The doll is now on display in Forks, Washington, as part of the Forever Twilight collection – and where author Stephenie Meyer based her Twilight saga books. Lissy Andros, who is the executive director at the Forks Chamber of Commerce that operates the collection, admitted to Jezebel that the doll seemingly moves around on its own.

“One day she might be standing up straight and the next when you come in on another day, she’s in a weird position,” Andros said, adding, “It’s like, is she moving around in there? We don’t know. But we tell everybody that the cover is on her for their protection.” She went on to say while laughing, “We don’t know what’s going on inside that case.” “She could be alive. We have no idea.” 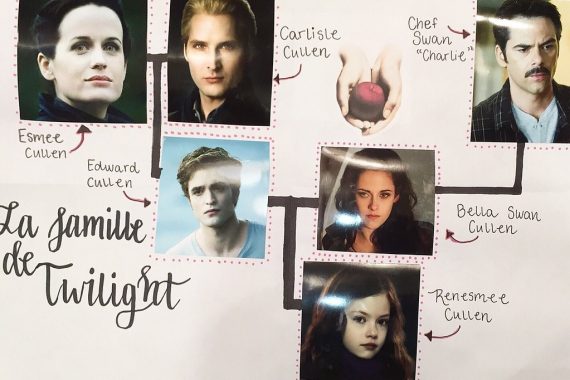 TikTok user @abbie23456789 said that workers at the museum where the exhibit is displayed told her that the doll was indeed haunted. “Things would always move around her case and sometimes they would come in in the mornings and she would be in a different spot,” she stated, adding, “Her socks used to be white but now they are a different color because they ‘get dirty’ when she walks around.”

Unfortunately for the doll, she doesn’t have much time left here on Earth as she is “actively melting” and “tacky to the touch”, according to Andros. And the reason why she put the doll in the display case was because so many people (especially kids) were always trying to touch her. Pictures of the creepy Renesmee doll can be seen here.