The U.S. military establishment has finally publicly admitted that the infamous Tic-Tac UFO videos are real and the objects in them are unidentified. Do you believe them? Do you think the Pentagon has much more information about these flying objects that hasn’t been released? Of course it does … and most likely so does the Japanese military, which nonetheless has formally requested more data on them from the Pentagon. Will the Pentagon release all of it to Japan? Any of it? Should it?

“No SDF [Self-Defence Force] pilot has encountered a UFO. The videos have come from the US Defence Department so I would like to hear their analysis. I don’t really believe in UFOs. We would like to establish procedures in the event an encounter takes place with a UFO.”

South China Morning Post reports that Japan’s Defence Minister Taro Kono has appealed to the U.S. Defense Department for more info on UFOs which he himself doesn’t believe in. He also claims that no Japanese military pilot has ever encountered a UFO (more on the claim later) but, being a good Defense minister, he wants to develop a protocol so that they are prepared if that day ever happens. Or has it already happened, and this feigned disbelief is merely a cover-up?

“One of the people I have interviewed is Mamoru Sato, who was a wing commander in the Air Self-Defence Force, and who collected testimony from a number of military pilots who had interacted with UFOs. Those reports were met with ridicule and the authorities refused to take him seriously.” 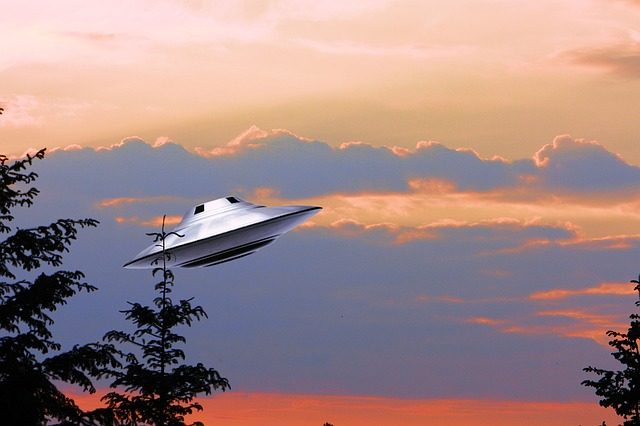 Greg Sullivan, director of the Japan Centre for Extraterrestrial Intelligence, told the South China Morning Post of sightings by Japanese military pilots of a “flying saucer” at close range, a series of highly reflective craft moving at speeds beyond a conventional aircraft and others. Japan's government has publicly denied the existence of UFOs before. Of course, ridicule and censorship of military pilots reporting UFOs is nothing new – U.S. pilots attest to this and have expressed relief and admiration for the pilots who admitted in public their sightings in the Tic-Tac incidents. However, the denial and cover-ups in Japan seem to extend beyond the military.

In 1994, the flying-saucer-shaped Cosmo Isle Hakui Space and UFO Museum was set to open in Japan with over 10,000 official documents relating to UFO phenomena gathered from multiple countries that would be available to researchers and to the general public. After an FBI investigation, the museum mysteriously switched to just offering memorabilia from space missions. And Japans’ former Prime Minister of Yukio Hatoyama (2009-2010) has intimate knowledge of one particular UFO encounter – that of his wife, Miyuki Hatoyama. In her book, Very Strange Things I've Encountered, she described her own UFO encounter in 1970.

“While my body was asleep, I think my soul rode on a triangular-shaped UFO and went to Venus... It was a very beautiful place, and it was very green." 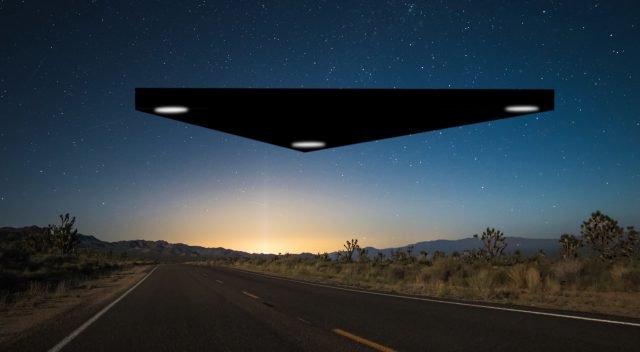 It’s a safe bet that both Japan and the U.S. know more about UFOs than either will admit to the public. Will they admit it to each other? In these days of fast-shifting alliances and increased military and space competition, that seems unlikely. Should they anyway? Knowledge is power, and the U.S. at the moment is struggling to maintain its place on top of the world power structure. If these are secret aircraft of a human enemy, keeping knowledge of them from further leaking could be considered crucial. Sharing secrets is a sign of trust – do the U.S. and Japan trust each other anymore?

On the other hand, if the Tic-Tacs are hostile alien crafts, wouldn’t an alliance against them be better than going it alone? If they’re not hostile, the U.S. would probably want to be the first to announce them just for the publicity, and giving the knowledge even to an ally runs the risk of leaking.

Bottom line? Japan probably knows about them already and this is just a front by both powers to keep the public at bay. Given the choice -- and the fact that the world is getting stir-crazy from the coronavirus lockdowns – most people would probably opt for joining Miyuki Hatoyama on a triangular-shaped UFO to Venus.

Did she say 'triangle-shaped'? Hmmm.

The Secret Experiment At Rendlesham Forest Was Not the Only One