The popularity of the 1995 novel “The Horse Whisperer” has forever doomed animal trainers, trainers in general and experts in dealing with anomalies to be known as “whisperers.” (Are you more impressed if an auto mechanic calls him or herself a Chevy whisperer?) A case in point is Kevin ‘McCoillte’ Woods, more popularly known as Ireland’s last Leprechaun Whisperer. The Irish Post reports that Woods was interviewed recently on the British talk show This Morning about the cancellation of his annual Leprechaun hunt (no leprechauns were harmed – it’s like bird-watching) and reported that they were nonetheless coping well with the coronavirus and the lockdown. Really?

“Leprechauns are spirits, they manifest themselves to me as leprechauns. I visit them each day, I haven’t broken the restrictions. I communicate with them through an out of body experience, everyone knows what I mean and I can transfer my spirit up there.”

Kevin ‘McCoillte’ Woods comes by his “Leprechaun whisperer” moniker by way of a local legend in County Louth. The tale begins in 1989 when pub owner P.J. O’Hare claimed to find a Leprechaun suit with four gold coins in the pocket, bones and a patch of scorched earth on the nearby Foy mountain. His friend Woods didn’t believe him but started an annual hunt for ceramic leprechauns with money inside them (sounds like something that would appeal to pub regulars). The suit and the bones were kept in a glass case at the pub. 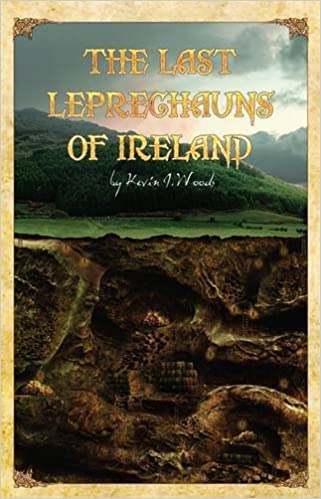 When O’Hare died, Woods found the coins hidden in a stone wall. He claims he took them back to Foy Mountain and was approached by three leprechauns. He returned the following day and was met by another, who allegedly told him his name was Carraig and that he was the last of 236 leprechauns living in Ireland. Carraig said there were once millions but they were killed by something worse than a plague – a lack of believers. To save the 236, Woods became their champion and main believer. He got them “protected” by the EU under a habitats directive, resurrected his annual hunt (held annually on the second Sunday in May), wrote “The Last Leprechauns in Ireland,” built a leprechaun cave and set up tours and lectures.

What about the Leprechaun whispering?

OK, McCoillte doesn’t really whisper – it’s more like telepathy – and it sounds like the leprechauns control him rather than the other way around … getting people to believe in them so they don’t die out. It’s all more whimsical than whisperish, but this is Ireland, where the economy wasn’t doing that well before the shutdown and tourism has taken a big hit. Woods is lucky enough to be able to go on TV and plug the Leprechauns, his book and the annual hunt when it returns next year.

If you believe in leprechauns, it’s a nice story. If you believe in telepathy and out-of-body experiences, it’s good to know you can’t transmit the coronavirus that way. If you’re a complete skeptic, at least you can get something believable at the pub – a pint of beer.