According to a new study that was published in the journal Nature Geoscience, some of the lava-like features on Mars were actually created by mud flows.

Tens of thousands of steep cone-shaped hills with a small crater on top of them are located all across the northern hemisphere of the Red Planet. Petr Brož, who is a researcher at the Institute of Geophysics of the Czech Academy of Sciences, wanted to find out if these cones were caused by magma or by mud so he and his colleagues designed an experiment to answer this very question.

Brož got in touch with Manish Patel, who is a senior lecturer in planetary sciences at The Open University, and together they conducted experiments in the university’s Mars Chamber. The low-pressure chamber allowed them to recreate Mars’ atmospheric pressure, composition, and temperature. 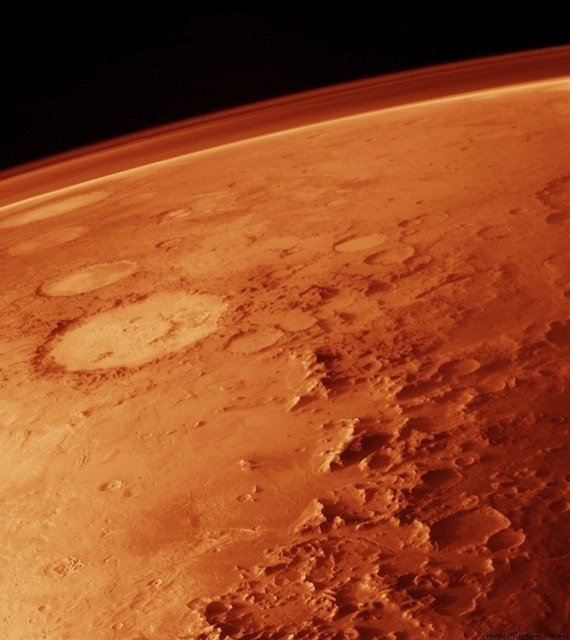 They spent an average of 10 hours a day in the lab “playing with mud” in order to find out how it would react on Mars. They poured in the mud once the chamber reached minus 4 degrees Fahrenheit (minus 20 degrees Celsius) and they found that it didn’t immediately freeze up but rather an icy crust formed on top of the liquid mud. Then some of the liquid mud seeped through a few of the cracks in the frozen portion before refreezing. Another interesting fact was that at one point during the experiments, pieces of it levitated which was caused by a release of gases in the mud.

The simulated conditions on Mars, like the low atmospheric pressure, made the water unstable, causing it to boil and evaporate which then resulted with the mud cooling and eventually becoming frozen. This process was compared to Hawaii and Iceland’s lava flows where wavy surfaces are created as the lava cools off.

Having the mud move like lava was definitely a surprise as Brož admitted that this new development has “shaken my world a bit”. It is believed that the cone-shaped hills are sedimentary volcanoes that were formed when mud rose up from hundreds of feet below the surface. The cone-shaped features are in the same location as wide channels where large floods were once present on the planet and may have ultimately caused the sedimentary volcanoes to form by water and rock that turned into mud.

Brož explained this further by stating, “If these features are indeed results of sedimentary volcanism, this is saying to us that in these areas somewhere in the subsurface has to be a source of mud,” adding, “In other words, there has to be, or had to be, some sort of aquifer containing liquid water to mobilize the fine-grained sediments and take them to the surface of Mars.”

While it’s still unclear as to how old the cones are, one thing for sure is that they’re younger than the plains that they’re located on and Brož figures that they may be between a few hundred million to two billion years old. He also thinks that mud volcanoes could possibly be on other bodies in our Solar System such as the dwarf planet Ceres as well as the icy moons Europa, Enceladus, and Triton. The next question is whether or not life could have existed in these mud flows...