Men in Black: Are They Biological Robots?

In his excellent catalogue, "MIB Encounters," Gareth Medway includes a story that suggests the Men in Black might be nothing less than biological robots. Before we get to the matter of the MIB being something far removed from the human race, let's take a look at biological robots in today's world of science. On January 13 of this year, the U.K.'s Guardian newspaper ran an article titled "Scientists use stem cells from frogs to build first living robots." In part, the article stated: "Researchers in the US have created the first living machines by assembling cells from African clawed frogs into tiny robots that move around under their own steam. One of the most successful creations has two stumpy legs that propel it along on its 'chest'. Another has a hole in the middle that researchers turned into a pouch so it could shimmy around with miniature payloads. 'These are entirely new lifeforms. They have never before existed on Earth,' said Michael Levin, the director of the Allen Discovery Center at Tufts University in Medford, Massachusetts. 'They are living, programmable organisms.'" 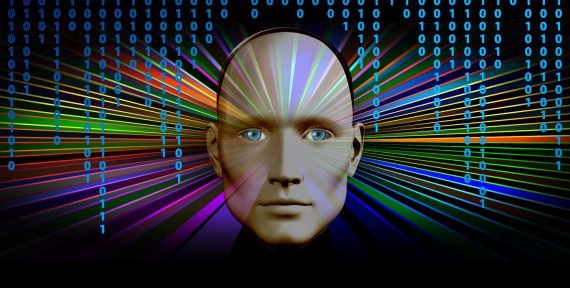 Do the Men in Black fall into the category of those "programmable organisms"? Let's have a look at what we know about the MIB. We'll begin with that aforementioned story that Gareth Medway highlights. It reads as follows: "The Christiansen family of Wildwood, New Jersey, who had seen a UFO on 22 November 1966, were interviewed by 'the strangest looking man I’ve ever seen,' wearing a thin black coat, who introduced himself as ‘Tiny’ from the ‘Missing Heirs Bureau.' He spoke in a high, 'tinny' voice, in clipped words and phrases like a computer, 'as if he were reciting everything from memory.' His black trousers were too short, and 'they could see a long thick green wire attached to the inside of his leg, it came up out of his socks and disappeared under his trousers.' John Keel commented that he had not heard of this feature in other MIB cases: 'Was Tiny wearing electric socks? Or was he a wired android operated by remote control?' He departed in a black 1963 Cadillac."

Now, to the theme of this article. First and foremost, the MIB are nothing like Will Smith and Tommy Lee Jones. The MIB-themed movies were good fun. They still are. But, by presenting the Men in Black as the employees of a secret organization that wipes out dangerous aliens, the assumption is they are human. They are not. There are so many weird issues surrounding the real MIB phenomena. Those same issues strongly suggest the Men in Black are something else entirely. Over the years I have addressed more than a few different theories for what the MIB might be. The list includes time-travelers, Tulpas/thought-forms, demons, extraterrestrials, inter-dimensional creatures, and more. But, let's stay focused on that biological robot angle. 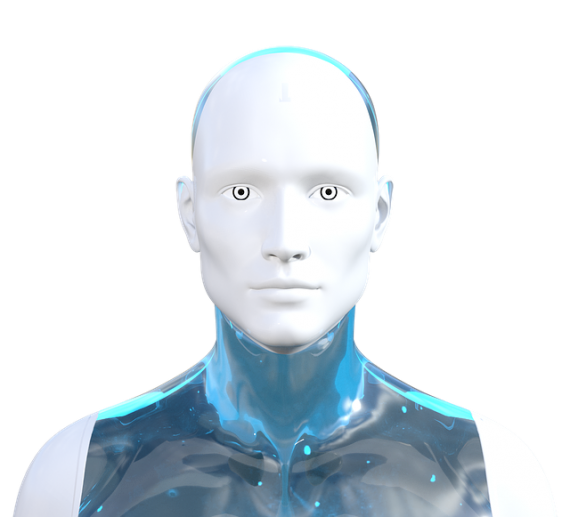 The fact is that the MIB do seem to act in a strange and robotic fashion. There is the matter of their skin. More than a few people who have been confronted by the Men in Black close-up have noticed something very strange. Eerie, in fact. In many cases, their faces appear to be plastic-like. Not unlike a nightmarish, hideous mannequin. Or a creepy old doll come to life.  Moving on, Gareth Medway notes that the MIB talk in a very odd way. He mentioned they seem to recite "everything from memory." I have several such cases in my files. In one case, the witness said the MIB appeared to have no actual understanding of what he/it was saying. The wording, the witness suspected, was programmed. On top of that, there's the matter of the somewhat clumsy, jerky fashion of walking that the MIB have. Certainly, this is not described in every case, but there are more than a few such reports. Finally, there is the angle of food. Or, rather, from the perspective of the Men in Black, a distinct lack of food. That's right: the MIB have a distinct aversion to food. They don't even seem to know what food is. Perhaps, if the MIB are biological robots, they get their sustenance in a distinctly different way to us. None of this proves that the MIB are biological robots. But, specifically as an extremely controversial theory, it's not a bad one.