Has NASA given up space wars to the Space Force and space travel to private companies in exchange for sole possession of exploring parallel universes? That seems to be the case with an interesting project called the Antarctic Impulsive Transient Antenna (ANITA) which made to news recently with what appears to be the discovery of one such parallel universe above Antarctica … a universe where time is running backwards. Is this a script for the movies … or a portal to the unknown?

Let’s start with ANITA, the first NASA observatory for neutrinos -- electrically neutral particles that normally pass through matter unimpeded and undetected. The ANITA radio telescope is in a balloon high over Antarctica in an area that is devoid of radio noise and distortions. According to Peter Gorham, an experimental particle physicist from the University of Hawaii and co-author of a Cornell paper on the discovery, neutrinos normally travel down from space to Earth. However, on its third flight. ANITA picked up a tau neutrino (a heavier than normal particle) coming back up from Earth. This, Gorham explains, is impossible.

The team went looking for an explanation. The most logical was that the neutrino somehow changed into a different kind of neutrino inside the Earth, reversed course and bounced back into space. As he explained to New Scientist, "not everyone was comfortable with the hypothesis." With all other theories ruled out, the only one left was that the particle came from a parallel universe to our own formed by the Big Bang, and that the particle came from it. Why was it going in the wrong direction? Because time travels backwards in this parallel universe, said Ibrahim Safa, another researcher on ANITA.

While sci-fi screenwriters are busy writing all of this down, physicists are scratching their heads. Is this really possible? While extremely rare, Gorham says the team has witnessed ‘travelling backwards in time’ neutrinos multiple times. Skeptics say this is probably a mathematical error, but the researchers say everything check out so far. If it holds up, this could be proof of a parallel universe – one where time flows in the opposite direction of ours. 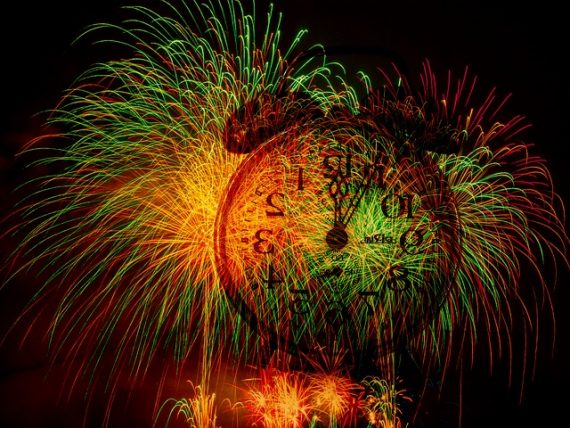 So, where are the people walking and talking backwards, clocks spinning counterclockwise, animals de-evolving, etc.? That’s up to the sci-fi writers to figure out. Physicists like Gorhman and Safa are happy with a backwards-traveling particle.

"We're left with the most exciting or most boring possibilities."

Why not both? Come on, you H.G. Wells wannabes … turn those neutrinos into Newt Reno – the first man to visit a parallel universe and travel back in time.