A newly released 21-second video from 1935 shows the now-extinct Tasmanian tiger (or thylacine) in the now-closed Beaumaris Zoo that was located in Hobart, Tasmania. The video, which was released by the National Film and Sound Archive of Australia (NFSA), features “Benjamin” and is the last known moving footage of a Tasmanian tiger. In fact, the video was filmed just 18 months before Benjamin passed away on September 7, 1936 which is now known as National Threatened Species Day in Australia. Prior to this video, the last known footage of Benjamin was taken in 1933.

The staff at NFSA found the footage that was part of a 1935 travelogue called “Tasmania The Wonderland”. This is extremely rare footage as less than a dozen films have been found to feature Tasmanian tigers. NFSA curator Simon Smith expressed how exquisite this video is by stating, “The scarcity of thylacine footage makes every second of moving image really precious. We're very excited to make this newly-digitized footage available to everyone online.” The video can be viewed here on the NFSA website.

Known as one of the biggest carnivorous marsupials, Tasmanian tigers evolved approximately 4 million years ago and lived in the Australian mainland, New Guinea, and Tasmania. Unfortunately, their numbers drastically declined and were declared extinct on Australia’s mainland around 2,000 years ago. They did, however, thrive on Tasmania up until the 20th century before humans caused much of their demise.

It is believed that the last known Tasmanian tigers all died out in 1936 but they weren’t officially declared extinct by the International Union for Conservation of Nature until much later in 1982. On the positive side, there have been several potential sightings of the animal since it was declared extinct, although they remain unconfirmed. This is still encouraging news that perhaps it is still present and surviving in the wilderness.

One example was that in January of 2019, a man named Peter Groves took a picture of what appeared to be a Tasmanian tiger while he was out for a walk near Clifton Springs in the Australian state of Victoria. 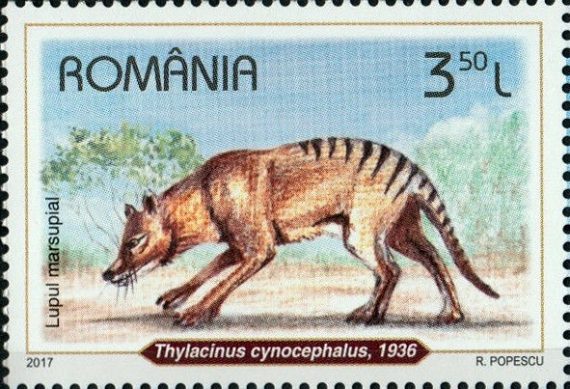 The Tasmanian tiger had very distinct features with a long snout and dog-like head along with short, rounded, erect ears. They were sandy yellow-brown to grey in color with 15 to 20 dark stripes along its back from the shoulders to the tail. They had short, soft, and dense fur that measured about 15mm in length. They had a stiff tail and somewhat short legs. The females had an abdominal pouch where they would carry their babies and even the males had partial pouches. These unique features made them one of only two marsupials where both sexes had pouches.

Although they were mostly nocturnal (or semi-nocturnal) and hunted mainly at night, they were still somewhat active during the day time despite being pretty slow-moving. They mostly hunted small rodents, birds, kangaroos, and other types of marsupials.

Even though none of the recent sightings have been authenticated, let’s keep our fingers crossed that this beautiful creature still does exist and if so, that they remain safe and unharmed.