Most of us would jump at the opportunity to own a free house, but this one is a bit different. It’s even been compared to the Amityville Horror home. Now that’s frightening.

The four-bedroom home is located in Youngsville, Louisiana, and was built back in the late 1920s or early 1930s. According to real estate agent Sylvia McLain’s Facebook post, McLain Development purchased the property and is trying to give away the home for someone to move it from the location and hopefully restore it.

You’d think that a free house would have a long list of people wanting to take it but that’s not the case here as it has a creepy history of paranormal activity. Sylvia even said that a former owner of the home called in some paranormal experts in order to try and rid the house of the spirits.

There are claims of an old lady haunting the house and Dawn Vallot DeClout who once lived on the property thinks that it’s her deceased great-grandmother Adele who is roaming around the location as she has been known for “meddling in the kitchen”. Her ghost is known for clanking around the pots and picking up the lids especially when something is cooking on the stove.

Sylvia confirmed this claim by recalling a story that was told to her, “Dawn and her brother always tell the story that their great grandmother would stir the pot while they were playing cards in the living room. So yes, there [are] some really cute stories about it being haunted.” 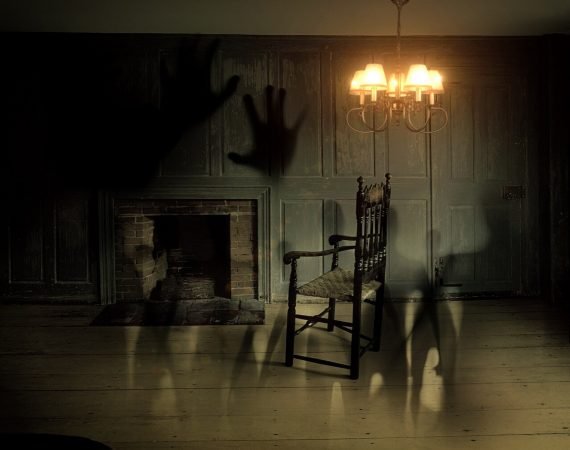 Even though the house itself is free, there is a pretty hefty cost to move it. There was one person who was very interested in taking the home but backed out once it was revealed that it could cost about $80,000 to move it. However, if the house was to go to a nearby location, it could cost as little as $40,000. But Sylvia is staying optimistic, “It’s bittersweet. We know somebody will have a nice place with some historical value and a little bit of a story, but it’s a chapter of our family that will be moving on,” she said, adding, “We probably won’t tear the house down. We’ll probably either restore it or find a place for it unless we have to.”

A free haunted house definitely sounds like a fun – and possibly creepy – investment for someone who isn’t afraid of seeing a ghost helping out in the kitchen. Pictures of the home can be seen here.