When it comes to the matter of UFOs, strange creatures and more, we often think of investigations undertaken by the military and intelligence agencies. But, what about the police? It's a fact that police forces have played significant roles in some of the most significant UFO cases on file. Let's start with Ufology's number one case: Roswell. As history has shown, something came down on the Foster Ranch, Lincoln County, New Mexico in early July 1947. Theories for what the thing was include a weather balloon, a military Mogul balloon, a Russian device and a rocket with monkeys or chimpanzees on board. But, what of the police connection to Roswell? In a March 11, 1993 letter from the U.S. Department of Defense to the late New Mexico Congressman Steven Schiff, the Congressman was told: "In brief, according to contemporary newspaper wire service, national radio newscast, and numerous eyewitnesses accounts, on or about July 3, 1947, rancher William W. Brazel found a large amount of unusual debris on property he managed northwest of Roswell, New Mexico, near the town of Corona. He brought his find to the attention of Chaves County Sheriff George Wilcox, who then contacted the Roswell Army Air Field..."

Time and again I have seen a particular inaccuracy repeated. Namely, that rancher Brazel found the debris and contacted the military, who quickly descended on the ranch. Not so. Brazel didn't have a phone, so he had to drive to the Chaves County police. In other words, it was actually none other than Sheriff Wilcox who informed the military of the incident. Brazel found the wreckage, but it was Wilcox who really got the ball rolling by calling the military. Had Brazel not contacted Sheriff Wilcox, history might have been very different.

Now, let's take a look at the 1966-1967 saga of Mothman. There can be few people reading this who have not at least heard of the legendary Mothman of Point Pleasant, West Virginia, who terrorized the people of the city and the surrounding area between November 1966 and December 1967. A devil-like, winged monster with glowing, red eyes, Mothman came quite literally out of nowhere and, some say, culminated in high tragedy and death. UFOs were soon seen too. But what was the Mothman of Point Pleasant? And how did the legend begin?  To answer those questions we have to go back to the dark night of November 12, 1966. That was when five grave-diggers working in a cemetery in the nearby town of Clendenin were shocked to see what they described as a "brown human shape with wings" rise out of the thick, surrounding trees and soar off into the distance.

Three days later, the unearthly beast surfaced once again. It was at the highly appropriate time of the witching-hour when Roger and Linda Scarberry and Steve and Mary Mallette – two young, married couples from Point Pleasant - were passing the time away by cruising around town in the Scarberrys' car.  As they drove around the old factory, the four were puzzled to see in the shadows what looked like two red lights pointing in their direction. These were no normal lights, however. Rather, all four were shocked and horrified to discover that, in reality, the "lights" were the glowing, self-illuminating red eyes of a huge animal that, as Roger Scarberry would later recall, was "…shaped like a Mothman, but bigger, maybe six and a half or seven feet tall, with big wings folded against its back."

Not surprisingly, they fled the area at high speed. Unfortunately for the Scarberry’s and the Mallette’s, however, the beast seemingly decided to follow them: as they sped off for the safety of Point Pleasant, the winged monster took to the skies and shadowed their vehicle’s every movement until it reached the city limits. The four raced to the sheriff’s office and told their astounding story to Deputy Millard Halstead, who later stated that: "I’ve known these kids all their lives. They’d never been in any trouble and they were really scared that night. I took them seriously." So, we have a police connection to what was certainly the most famous - and important - of all the many and varied Mothman encounters. 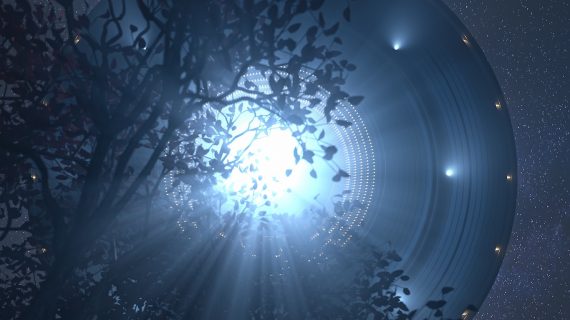 Kelly was, and still is, a small, rural town which is situated just short of ten miles from Hopkinsville, Kentucky. On the night of August 21, 1955, absolute chaos broke out. It all went down at the farmhouse of the Sutton family, who had visitors in from Pennsylvania: Billy Ray Taylor and his wife. It was roughly 7:00 p.m. when Billy Ray left the farmhouse to fetch water from the family’s well. And what a big mistake that was. In mere minutes, Billy Ray was back, minus the water. Terrified Billy Ray told the Suttons and his wife that as he headed towards the well he saw a significantly sized, illuminated, circular-shaped object come to rest in a nearby gully. As the group tried to figure out what on earth (or off it…) was going on, they mused upon the possibilities of shooting stars, meteorites, and good old leg-pulling. By all accounts, it was none of those. In just a few minutes, the Suttons’ dog began to bark, growl, and snarl in aggressive, uncontrollable fashion – after which it raced for cover underneath the porch.

Clearly, something strange was going down. Exactly how strange, soon became very apparent. Intent on making sure they were in control of the situation, Elmer Sutton and Billy Ray Taylor armed themselves with shotguns and headed out into the darkness. In no time, they were confronted by something terrifying: a small, silvery, creature – in the region of three feet tall – that was scurrying towards them with its long, ape-like, arms held high in the air. Sutton did what most folk might do when confronted by a strange, goblin-like thing after sunset: he blasted the beast with his shotgun. To the consternation of both men, the gun had no effect, aside from causing the creature to do a quick and impressive back-flip, after which it disappeared into the darkness – for a while.

Realizing that the situation might very well go on all night, the group decided there was only one option available to them: they had to flee the farmhouse, which they did in two cars, making their speedy way to the sheriff’s office in nearby Hopkinsville. The sheer, collective state of fear into which the Suttons and the Taylors had been plunged, pretty much immediately convinced the sheriff that whatever had happened, it was no drunken prank. Unfortunately (or fortunately, depending on one’s perspective), by the time the sheriff and the family arrived back at the farmhouse, the creatures were gone – they did, however, put in a reappearance in the early hours. Nevertheless, a priceless report was prepared by the police on what still remains one of the most famous of all the 1950s-era UFO/alien encounters. 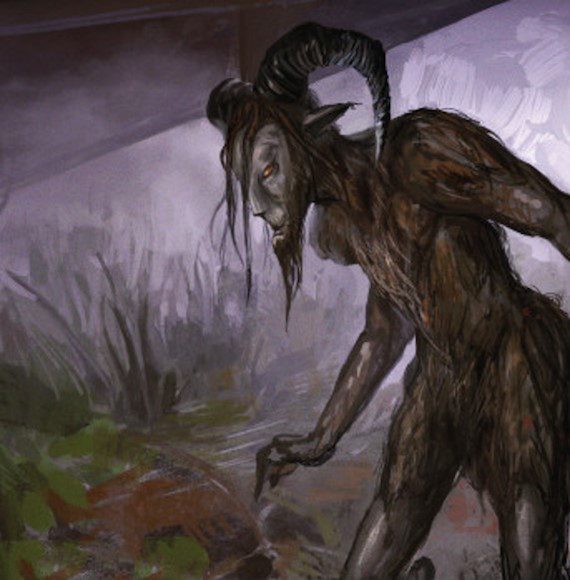 Now, let's take a look at the Goat-Man of Lake Worth, Texas. In the very early hours of one particularly fateful morning in the hot and sticky summer of 1969, six petrified residents of the Texan city of Fort Worth raced for the safety of their local police-station and related a controversial and amazing story. John Reichart, his wife, and two other couples were parked at Lake Worth – and, yes, it was indeed at the stroke of midnight - when a truly vile and monstrous-looking creature came storming out of the thick branches of a large, nearby tree. Reportedly covered in a coat that seemed to be comprised of both scales and fur, it slammed with a crashing bang onto the hood of the Reichart’s car and even tried to grab hold of the not-surprisingly-terrified Mrs. Reichart, before racing off into the pitch-black night and the camouflage of the dense, surrounding trees. The solitary evidence of its dark and foreboding presence was a deep, foot-and-a-half-long scratch along the side of the Reichart’s vehicle.

This specific event rapidly generated deep media interest, and was taken extremely seriously by the Fort Worth police. As prime evidence of this, no less than four police cars quickly headed to the scene of the Reichart’s encounter. It was not the first occasion upon which Fort Worth officialdom had become the recipient of ominous accounts of diabolical beasts roaming around Lake Worth. It was a little-known fact at the time that for approximately two months the police had been clandestinely investigating reports of a distinctly weird beast that was said to be spooking the locals on a disturbingly regular basis. While some of the officers concluded that at least some of the sightings might have been the work of local kids, running around in ape-costumes, others were not quite so sure that hoaxing was a dominating factor, and took the Reichart’s story to heart. For example, Patrolman James S. McGee conceded that the report John Reichart filed with the Fort Worth constabulary was treated very seriously, as a result of the fact that: "Those people were really scared." Of course, the Dallas-Fort Worth media loved the story, and did their utmost to promote it just about as much as was humanly possible.