Just a few days ago I was chatting with a friend in  the field of Cryptozoology about one of the most controversial and weird aspects of the subject. Namely, claims of still-living pterodactyls. Certainly, there's no shortage of such claims. Here's one example and here's another. I could go on and on. Trying to rationalize such cases is not easy. In fact, it's pretty much impossible. With that said, I thought I would share with you one example that I investigated yers ago on the fringes of Cadereyta Jimenez, Nuevo Leon, Mexico, the origins of which date back to the 17th Century. I was there with a certain TV company to make a documentary on monsters. Initially, the story going around - and that we were there to investigate - was that a Chupacbra was on the loose. There were the usual unlikely stories of farm animals drained of blood. This time, however, there was something significantly different: the description of a large, beaked, winged monster that was presumed to have been the culprit behind all of the bloody carnage. 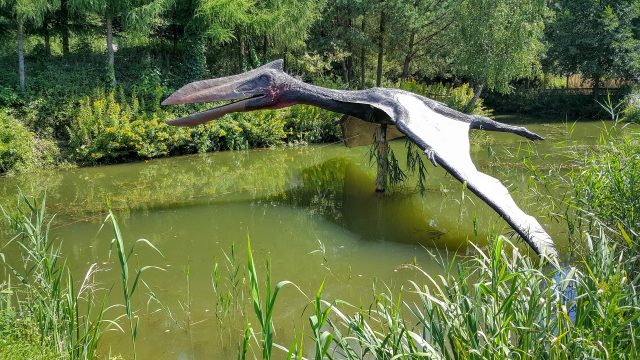 Although the claim was it was a chupacabra, to me it hardly sounded like one. It seemed much more like a pterodactyl.  The production company knew the case was valid, they said, because they had found a brief story about it on the Internet. As if that somehow legitimized it with 100 percent certainty! In light of all this, I assumed that I would be on-site to interview the farmer whose animals were attacked - and to check out the scene, and offer my thoughts. Not so. Things turned out to be very different. Try as they might, the team couldn’t find the ranch – at all. So, it was time for a bit of improvisation, which I refused to do. The atmosphere got tense when I said I wouldn't pretend I was at the ranch, instead of at the completely different location they thought would make a suitable replacement. Anyway, we got it all sorted out to my satisfaction and we went ahead with the filming. Our primary interviewee was a woman named Sofia, a vivacious, dark-haired woman of about thirty-five. She had a sighting of a huge, winged beast back in 2007.

As I spoke with Sofia, she told me the part of Monterrey in which she lived was overlooked by the huge Cerro de las Mitras mountain. As a hiker, Sofia loved to spend time walking its slopes. She said, too, there had been a number of disappearances of farm animals n the area. No corpses were ever located, no body-parts were found strewn around the neighborhood, and there were no tell-tale pools of blood anywhere. The animals – which included chickens and goats – were simply gone. Sofia, however, believed she knew what was behind the attacks. It was a belief born out of something remarkable: she had seen the beast that she suspected was responsible for the disappearances. 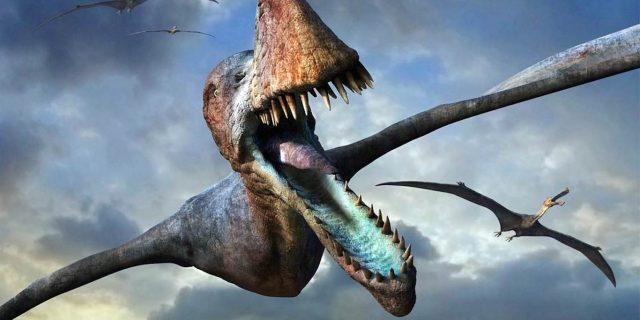 On one particular Saturday morning, and at the height of the attacks, Sofia said, she was walking around the lower parts of Cerro de las Mitras, when she briefly saw something abominable in the sky: a large, leathery-looking creature that appeared to be part-bat and part-bird. It was in view for a very short time, gliding at a distance of around three or four hundred feet, before soaring away to the higher levels of the mountain. To me, it sounded very much like a classic description of a presumed long-extinct pterosaur. It was a flying reptile that lived from the Triassic to the Cretaceous period, and which died out millions of years ago. It’s a controversial fact, however, that Mexico – and particularly so in the region of the Texas-Mexico border – has been a hotbed for sightings of such creatures for decades. And it continues to be a hotbed, too.

I did wonder – and I still wonder – if such creatures might still exist, against all the odds, in some of the larger mountains of Mexico. I also wondered this: if the creatures were still with us, was it possible that some of them were responsible for the attacks attributed to the chupacabra? After all, I had uncovered more than a few reports of the Puerto Rican chupacabra possessing large and leathery wings, and not at all unlike those of a pterosaur. Some might say that suggesting the Puerto Rican chupacabra is a pterosaur is just plain outrageous. I totally understand that. But, I’m not alone in postulating such a controversial theory. Author David Hatcher Childress asked: "Could the sudden rash of chupacabras attacks and sightings be related to the occasional rash of pteranodon sightings? Many of the aspects of the chupacabras and living pteranodons seem to match. They are both monsters and flesh eaters. Pteranodons may well drink blood and gorge themselves on internal organs, which are easy to eat."

Controversial? Of course. Beyond controversial? Sure! Unlikely? Yep! But, just maybe, in some of the wilder parts of the world, creatures presumed to have become extinct millions of years ago might still be around and being mistaken for Chupacabras.

The Mystery of the Cocaine Mummies